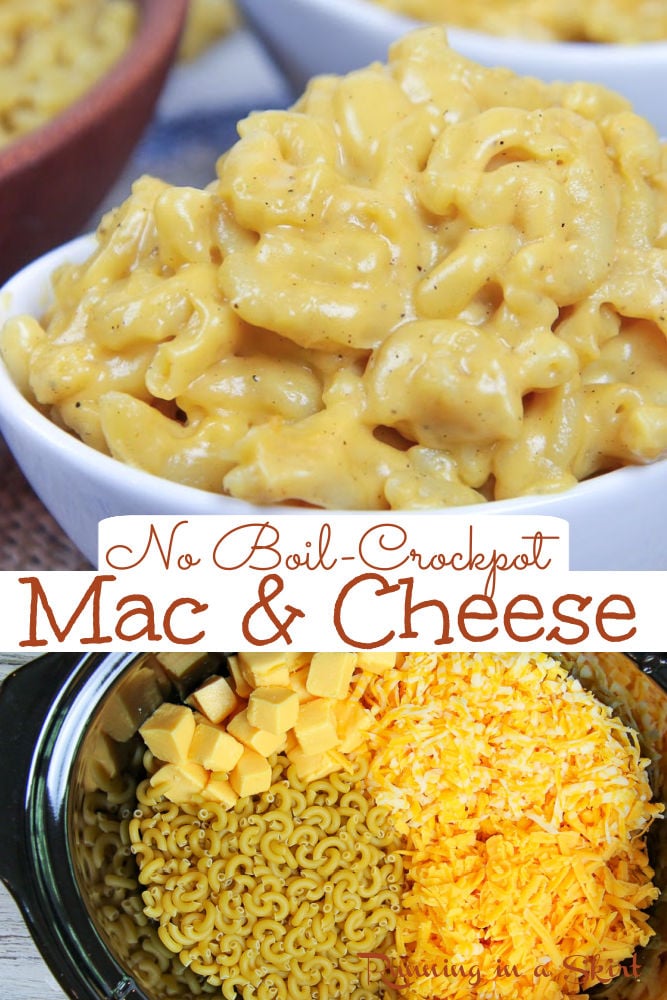 Crock Pot No Boil Mac and Cheese is a rich and creamy Mac & Cheese that's so easy using uncooked macaroni noodles (No pre-boiling the noodles!) and lots of yummy cheese!  Just toss it all into the slow cooker for an unforgettable family dinner or side dish. 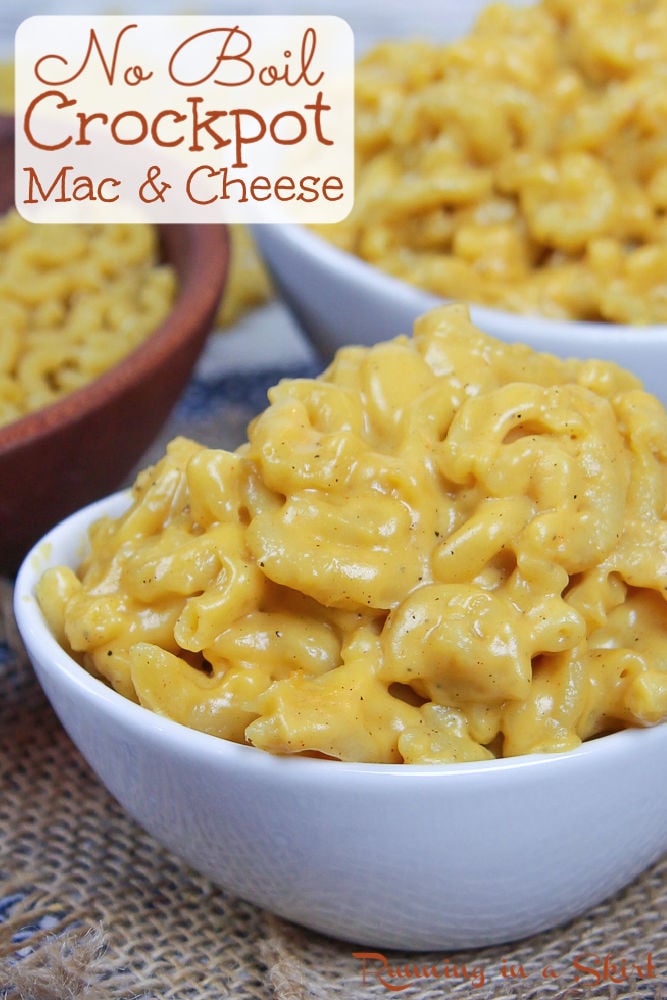 This Crock Pot No Boil Mac and Cheese is EVERYTHING.  It's rich, creamy and OH SO DELISH.  Plus instead of fussing around with a pot of boiling water to make the noodles on the stove this EASY Mac & Cheese is made without any fancy sauces or boiling the noodles on the stove.  It's made entirely in the slow cooker making it a super simple recipe to keep around for family dinner, potlucks or even as a holiday (Thanksgiving, Christmas, Easter) side dish.  Just toss in the ingredients and cook!

While many of my recipes have a healthy twist, I find that this one works best with the full-fat cheesy goodness.  It melts better and gives this delicious recipe that total comfort food vibe that sometimes you just need.

This southern-style recipe, is classic rich and creamy goodness.  It's approved and loved by both kids and adults in my home! 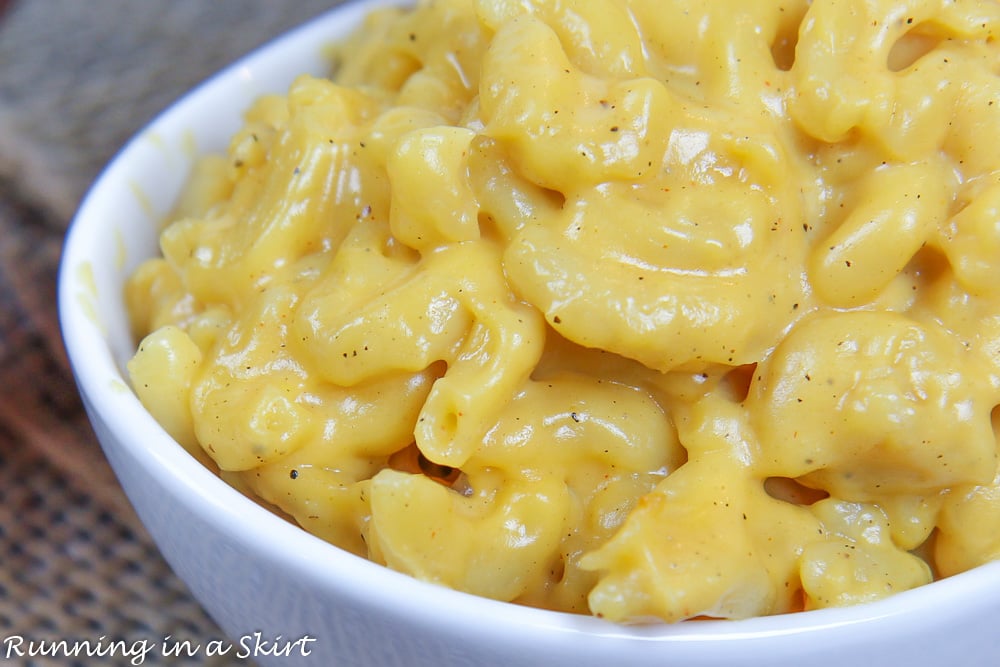 No Boil Mac & Cheese Recipe Notes Before You Start:

The first time I made this No Boil Mac & Cheese many years ago I considered this recipe an experiment of sorts.  I was interested to see if you could make Mac & Cheese in the slow cooker without pre-boiling the noodles in a separate pan.  For years I'd been making Mac and Cheese by boiling the noodles FIRST and then cooking it in the slow cooker or oven.

My first attempts at making this I tried to make it lower calorie with low-fat cheese.  The noodles cooked but the end product was dry.  I ended up making the recipes a few more times and came to the conclusion that this was the kind of recipe that needed a little fat.

I also decided that to get the creamy sauce you really needed to hand grate your cheese with either a grater or your food processer.  Pre-shredded cheese is actually coated in a product that keeps it from melting well in the slow cooker.

Trust me, I'm all about a kitchen shortcut but shredding your own cheese this time is worth it.

This recipe also uses Velveeta.  It's not something I normally cook with BUT it REALLY melts well and allow the cheese to form a better creamy sauce without a lot of fuss.  This recipe does NOT have condensed milk like many Crock Pot Mac & Cheese recipes.

I've done some testing with this one and I think this creamy goodness is worth it.  I do believe that cozy comfort food recipes have a place in the home in addition to health food! 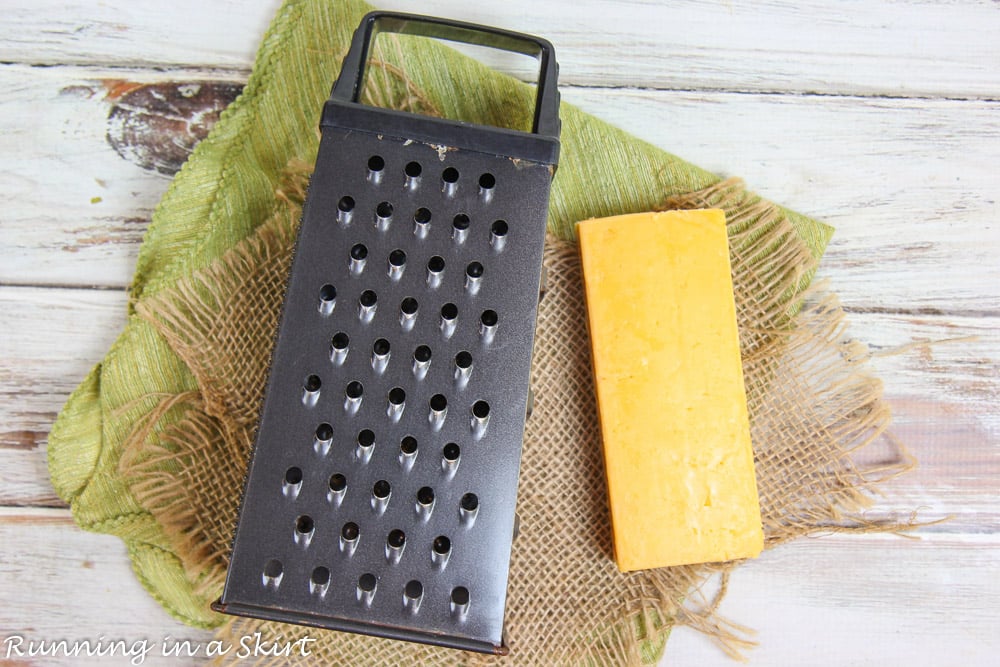 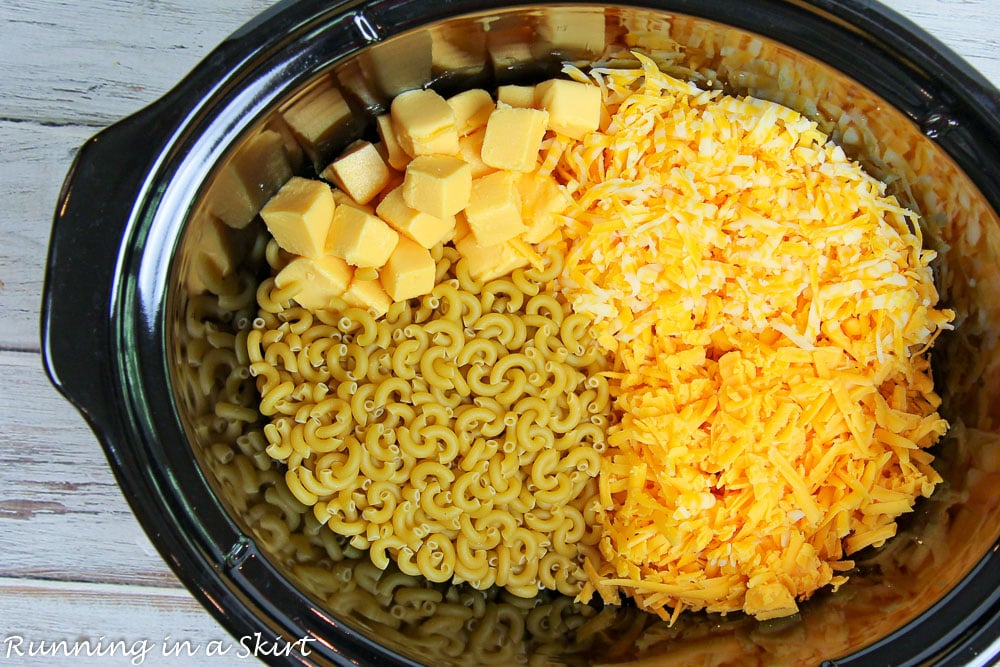 How to Make No Boil Crock Pot Mac and Cheese: 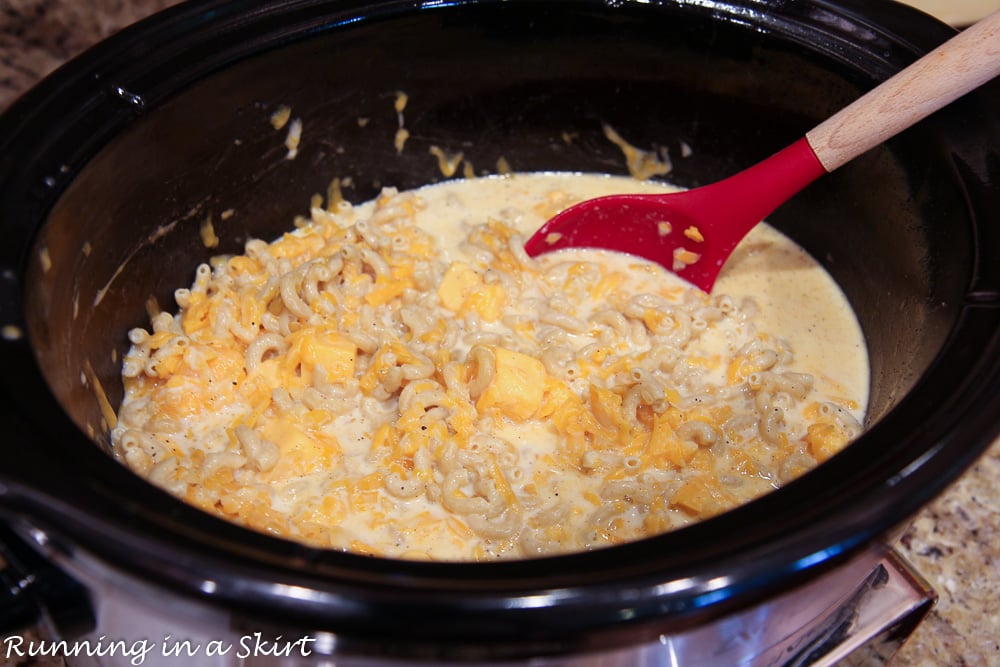 Can I double this recipe?

YES! As long as you have a large enough slow cooker, you can double this recipe.  The cooking tiem will not change.

Can I make this ahead of time?

This recipe really is best enjoyed right when you make it.  The pasta continues to absorb the liquid from the cheese and has the tendency to become mushy.  However, if you don't care about that it does still taste the same.  Simply reheat it in the microwave.  If it's dried out add a touch more milk and stir it together.

Can I freeze this recipe?

I would not recommend freezing this recipe because it can become mushy.

Why is my Mac and Cheese mushy?

Mac and Cheese has the tendency to become mushy and honestly cooking it without pre-boiling the noodles give you a better chance of having mushy mac and cheese.  However, the best way to prevent it is to cook this on low and don't over-stir the noodles.  Just keep an eye on this recipe!

Can you put uncooked pasta into the slow cooker?

YES! This recipe is the perfect example of how to do it! 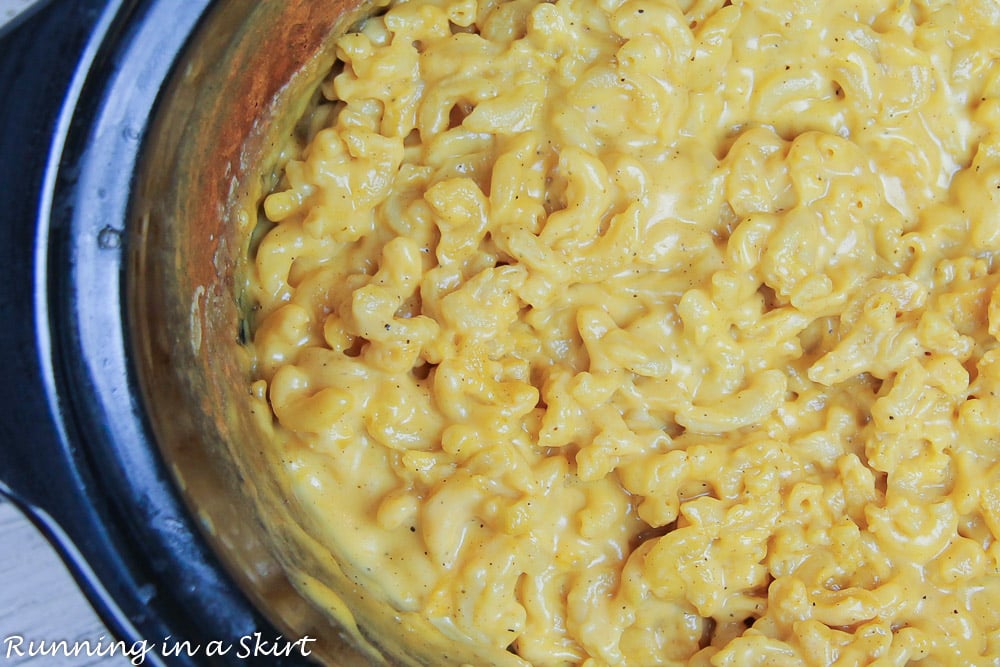 This Crock Pot No Boil Mac and Cheese is a Family Favorite!

I simply love the Crock Pot No Boil Mac and Cheese.  This cheesy and rich crock pot recipe is perfect for company, the holidays or when you just need a cozy family meal.  Comfort food at it's best!

Round Out the Meal: 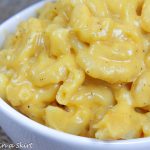 Serve immediately for the best texture. Store any leftovers in an airtight container in the fridge for up to three days. I do not recommend freezing this recipe.