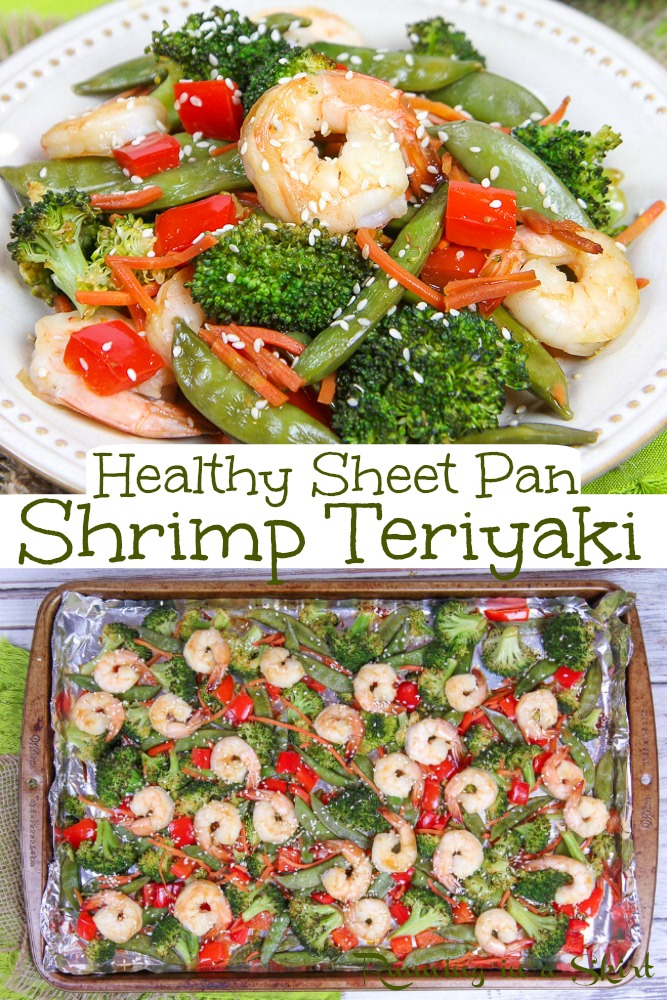 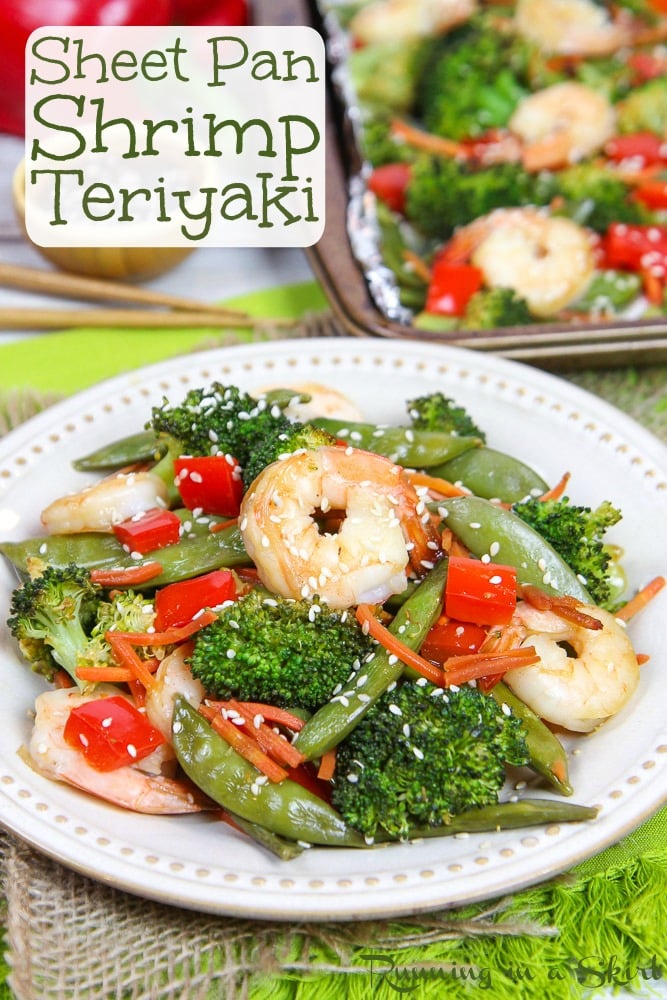 Sheet pan dinners are my absolute favorite these days.  Since I'm running around with the boys it is so much easier to make dishes in the oven which is generally a lot more hands-free than the stovetop.

The result is a light and healthy.... yet filling dinner than once again is on the table in less than 20 minutes.  It pops with flavor is both the Hubs and I totally gobbled it up. 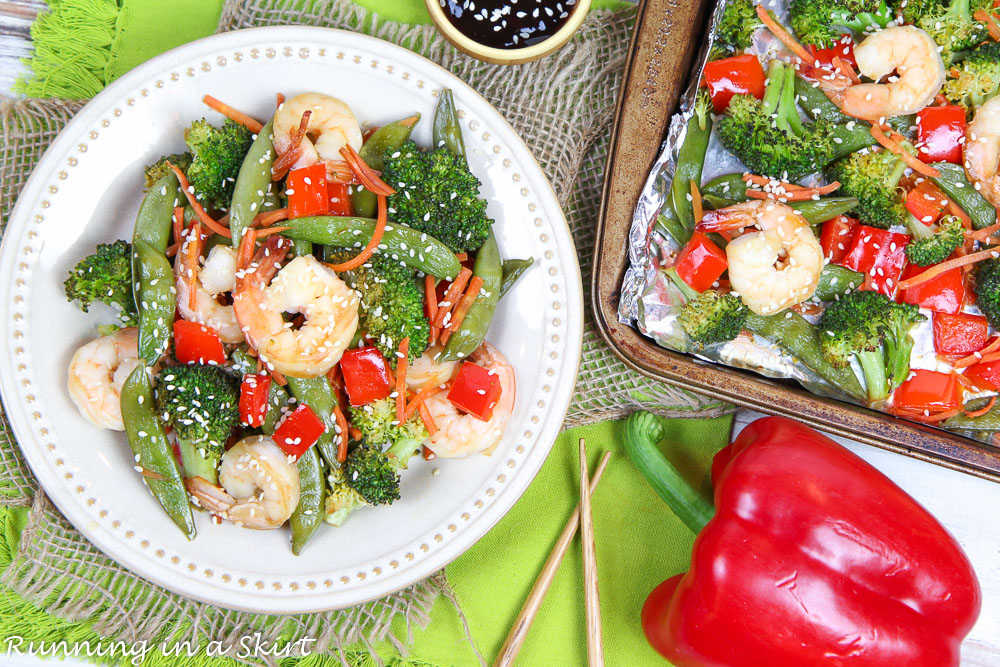 This dinner is all about shortcuts!  I used pre-chopped broccoli, pre-shredded carrots, peeled and deveined shrimp AND packaged teriyaki sauce.  I have NO PROBLEM with food that makes our lives easier.  Sure I could probably make a healthier homemade teriyaki sauce but I'm just not in a season of my life where there is time.

If using shortcuts get your dinner on the table... JUST DO IT.

The only prep work for this entire recipe is cutting the bell pepper.  Can I get a round of applause for that??? 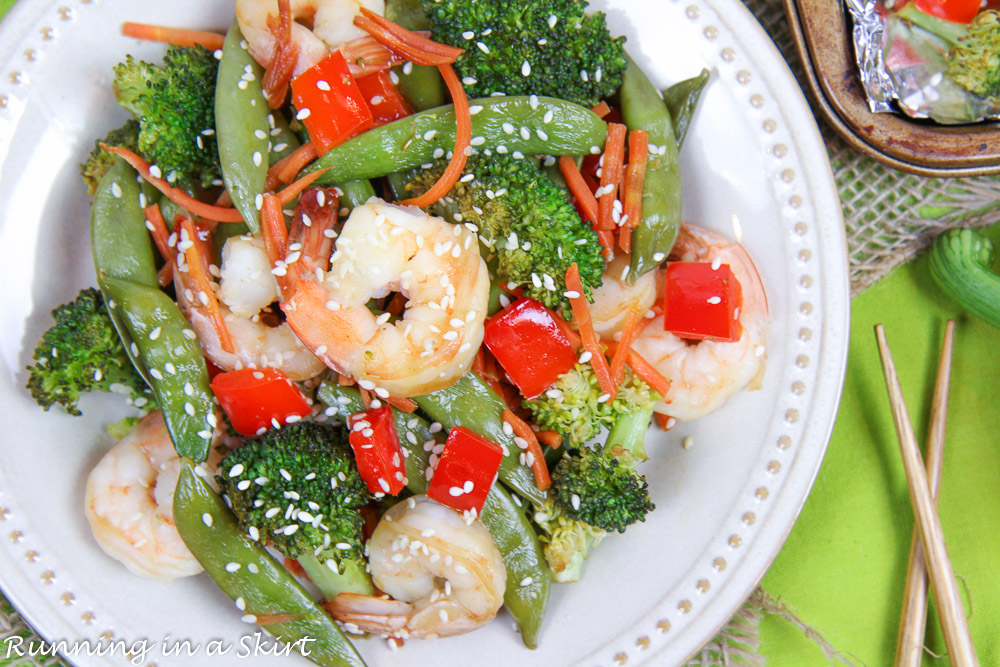 Like a lot of my sheet pan meals the veggies without the shrimp go in the oven first.  That gives them time to soften and cook.  The last step is adding the shrimp on top and putting the pan in the oven again. 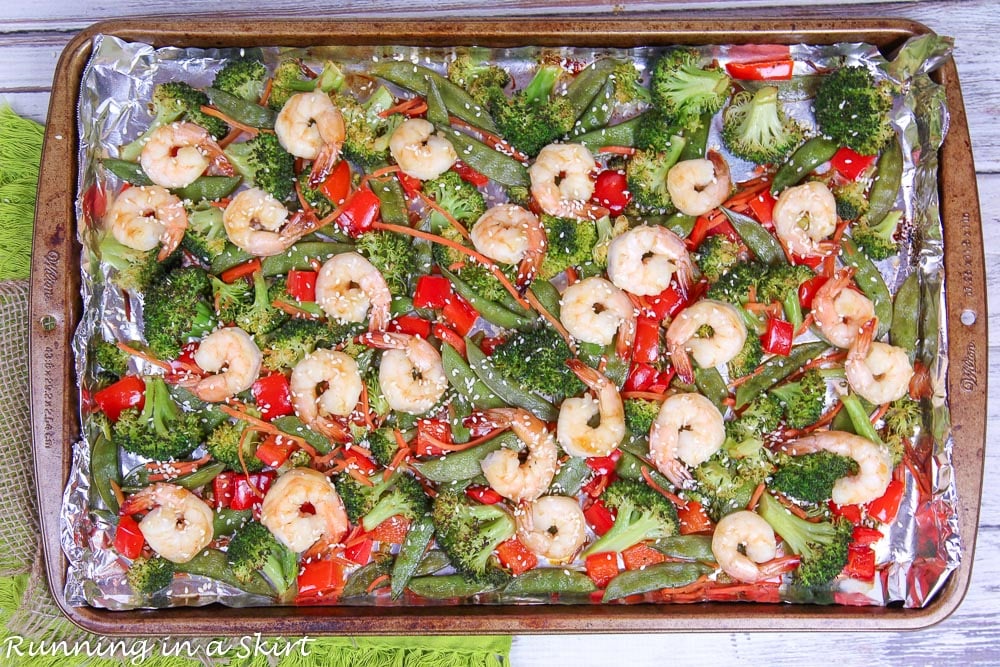 The shrimp in my Sheet Pan Teriyaki Shrimp recipe cook in just minutes.  They are so much tastier if you can pull them out of the oven just as they start to curl and turn pink.  Overcooking shrimp is what makes them rubbery.

You can serve this tasty pan of shrimp and veggies alone for a carb-free meal OR add serve it on top of a tasty bowl of steamed white rice.  Either way is delish. 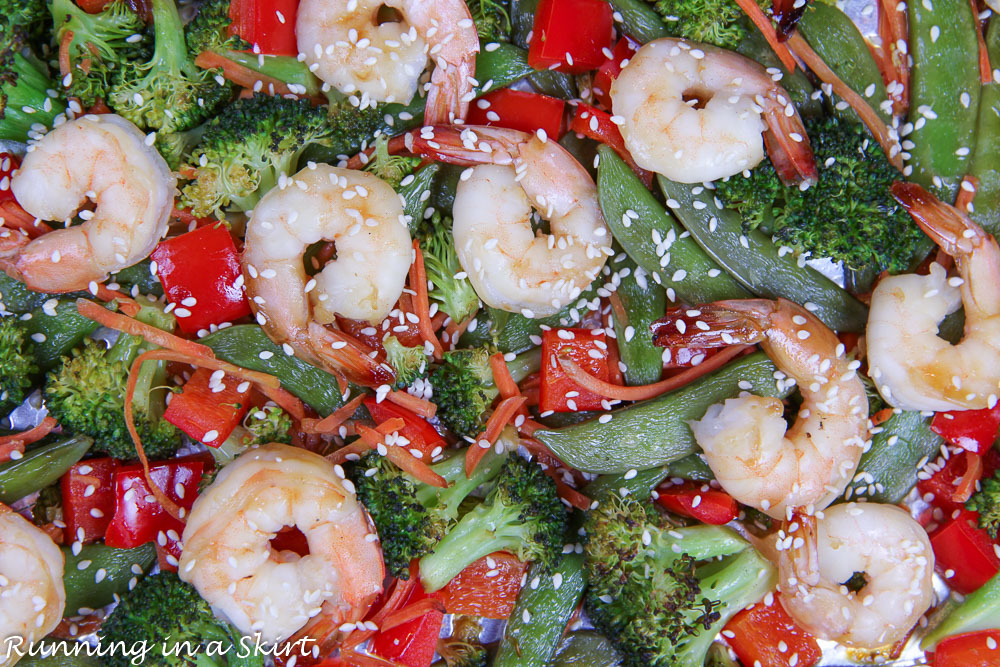 This recipe is full of tasty shortcuts! 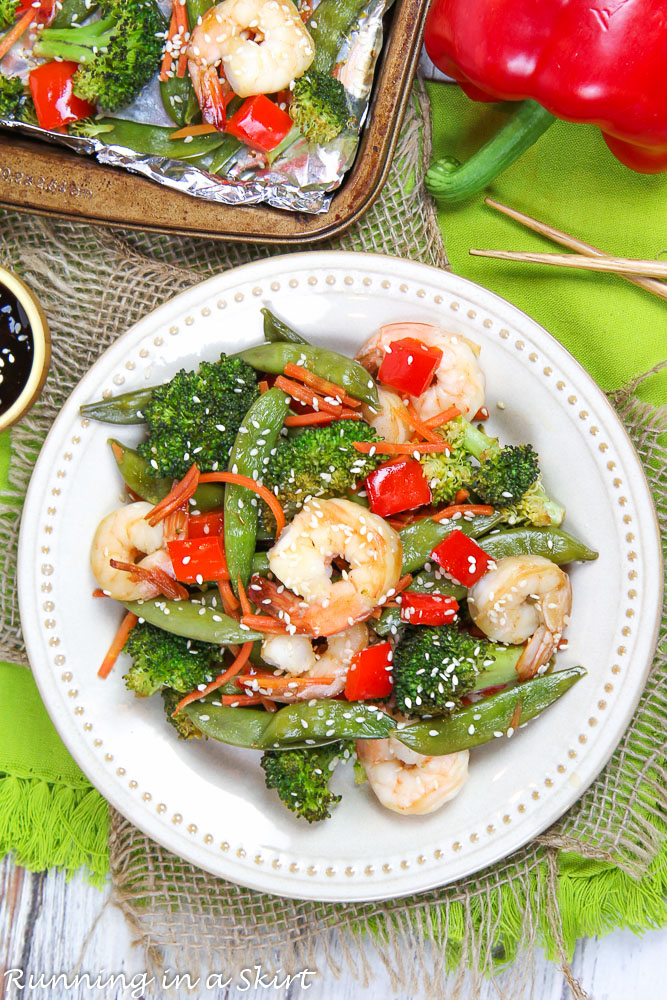 How do you make a Sheet Pan Teriyaki Shrimp recipe?

It's crazy how easy sheet pan meals are!  The only trick is to put the veggies in without the shrimp first.

This entire dinner is on your table in no time at all! 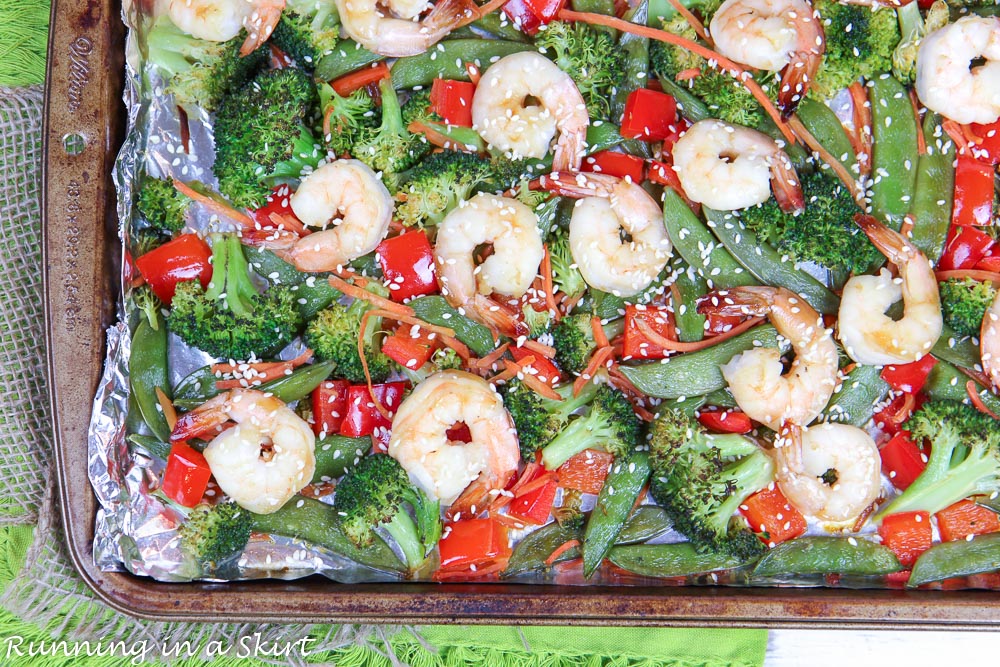 I hope you enjoy this tasty sheet pan meal as much as I do!  Give it a try and let me know what you think.

Try these other healthy shrimp recipes... 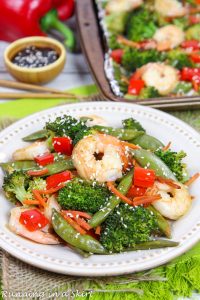 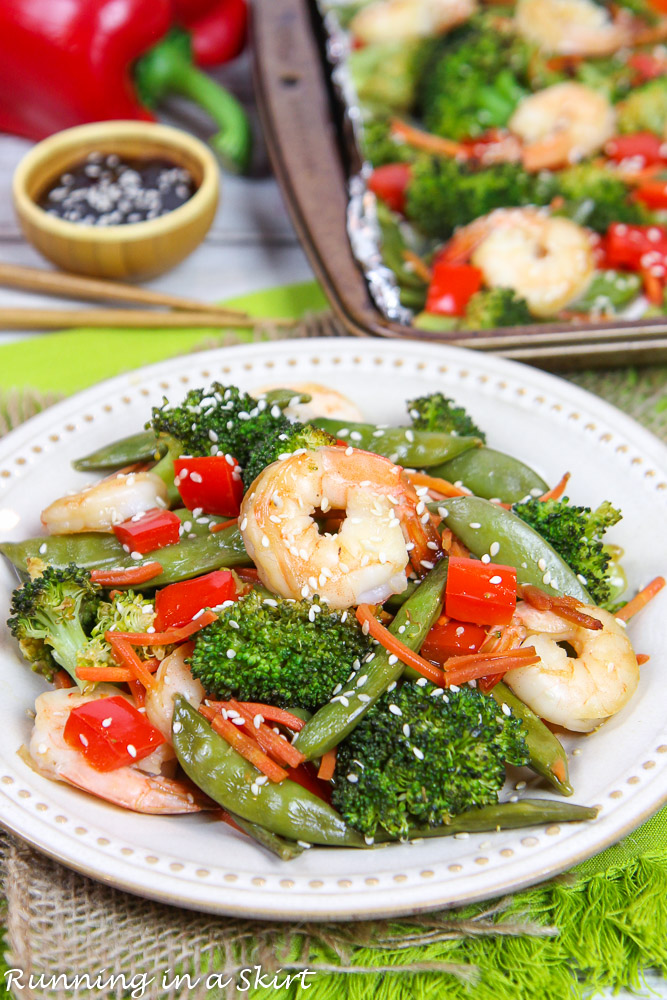 What are your favorite kitchen shortcuts?

117Shares
« Weekly Happenings - Good Eats, Snow Days & Spring Days
"You're a Pesca-what?" What is a Pescatarian Diet and Why I Follow It »