Use up your ripe bananas with my clean eating and healthy Banana Bread Muffins recipe! 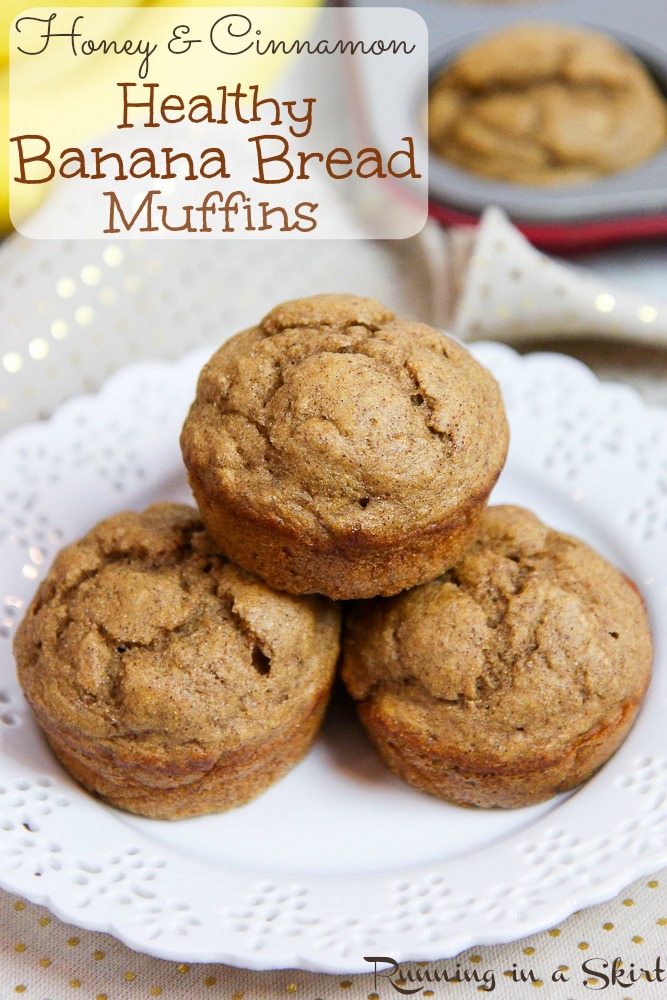 Ohhh banana bread... how I love thee.  You are soft, moist and oh so sweet!  These Healthy Banana Bread Muffins are a totally loveable addition to your baking rotation.

Banana bread is one of those things that seems like it might be healthy for you... but in most cases it's not.  It can be loaded with white flour and plain ole white sugar.  Luckily, I decided to makeover a classic banana bread recipe and turn it into something you can eat and enjoy on a regular basis without that sugar spike.

But don't worry I didn't cross the too healthy ledge... these babies still taste GOOODDD!  My Honey & Cinnamon Clean Eating Banana Bread Muffins are sure to win you over with their natural sweetness and cinnamony goodness! 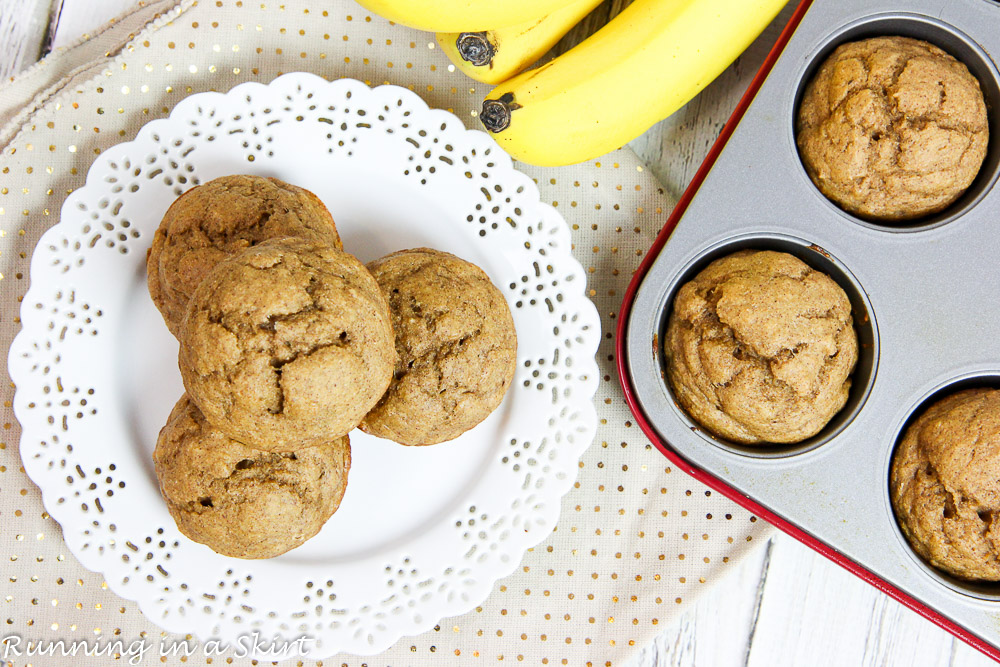 Did you know that banana bread was invented around the Great Depression?  Food was so precious that families were not willing to throw out old bananas.  So instead they came up with the first banana bread recipe.

Luckily the idea stuck and banana bread has stood the test of time.  Because can you imagine a world without it?  It would be so sad! 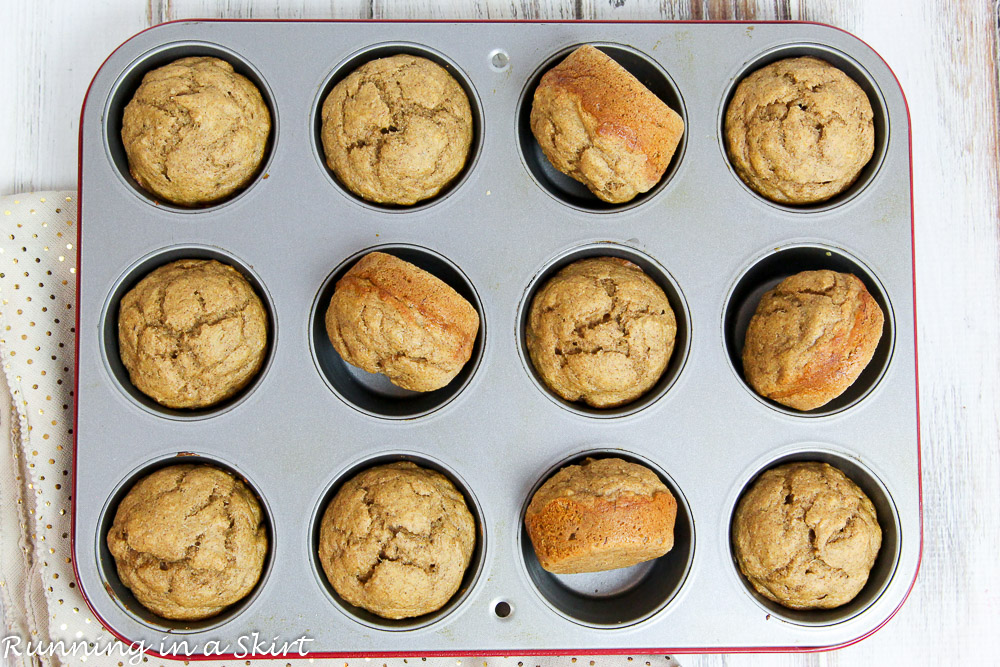 There are a few things I did to modify my version!  Instead of making a big loaf like they did back in the day, I portioned my banana bread out into muffins.  That way you have good portion control. 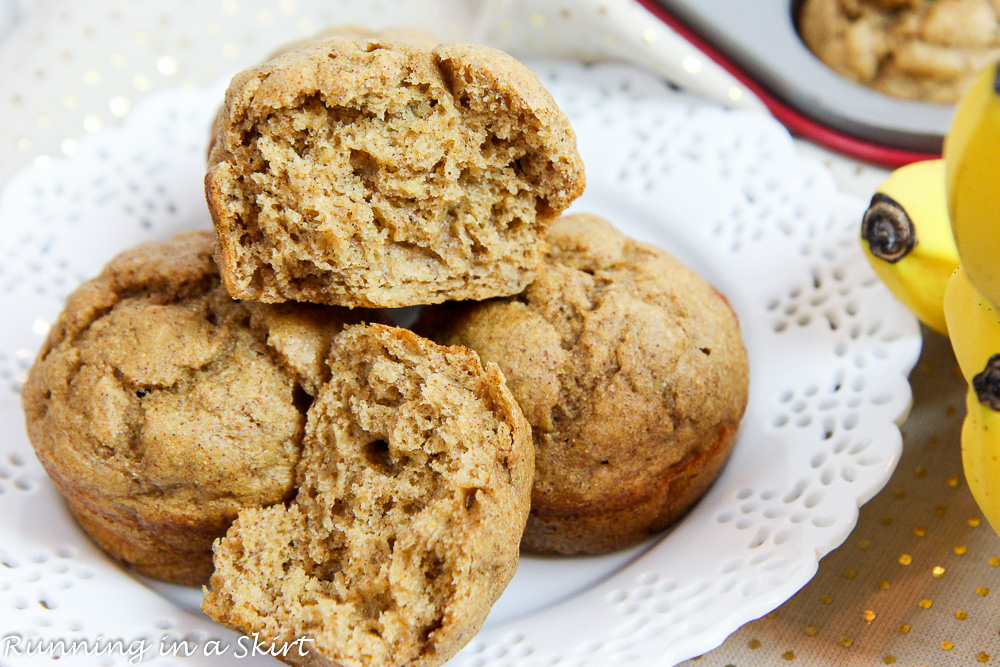 The next swaps I made were using wheat flour (or white wheat) and honey as a sweetener.  For the fat I only added a small amount of coconut oil... that keeps them nice and moist though! 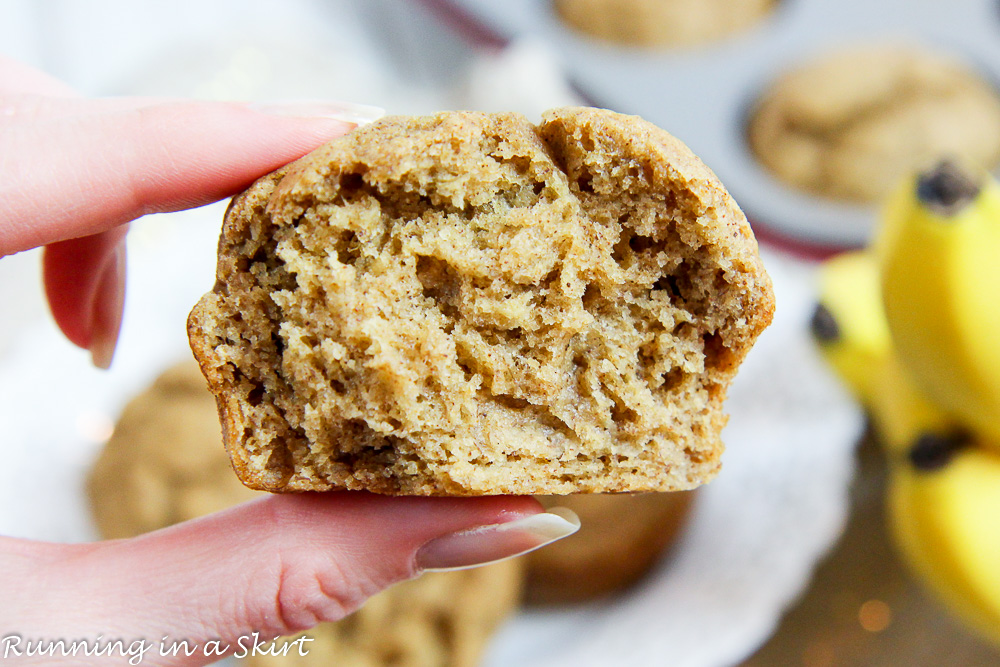 As a way to shake up the original, I also added more cinnamon... because in my world you can never have too much cinnamon!  The cinnamon also adds extra flavor to replace the fat and sugar I took out. 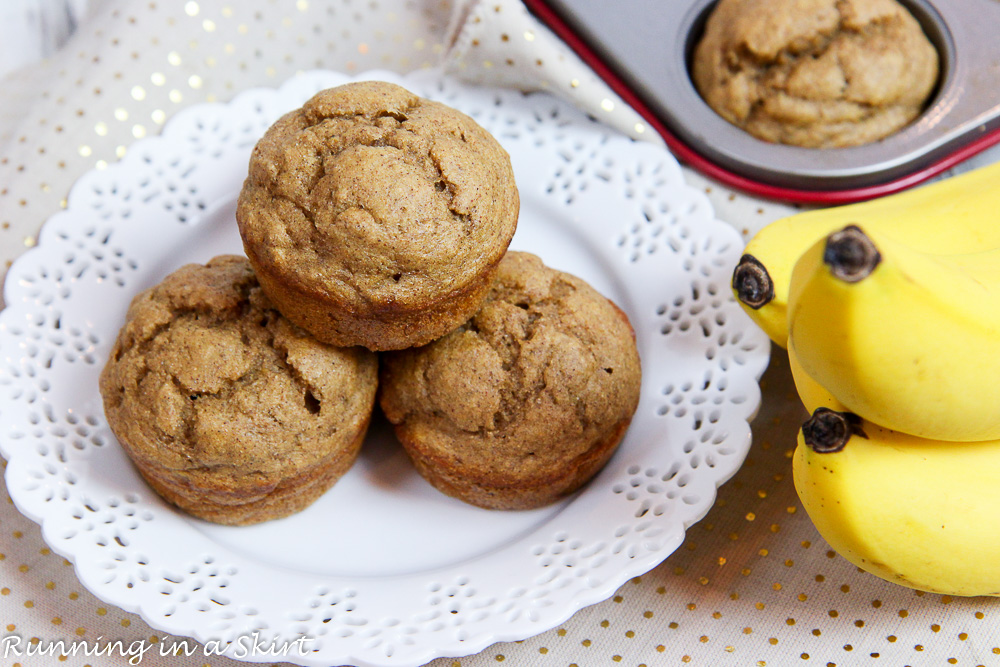 My Clean Eating Banana Bread Muffins Recipe is noticeably less sweet than many of the sugary banana breads you might be used to... BUT I challenge you to give it a shot with an open mind.  The bananas add plenty of natural sweetness and the honey brings it out.  It's subtle but still oh so good. 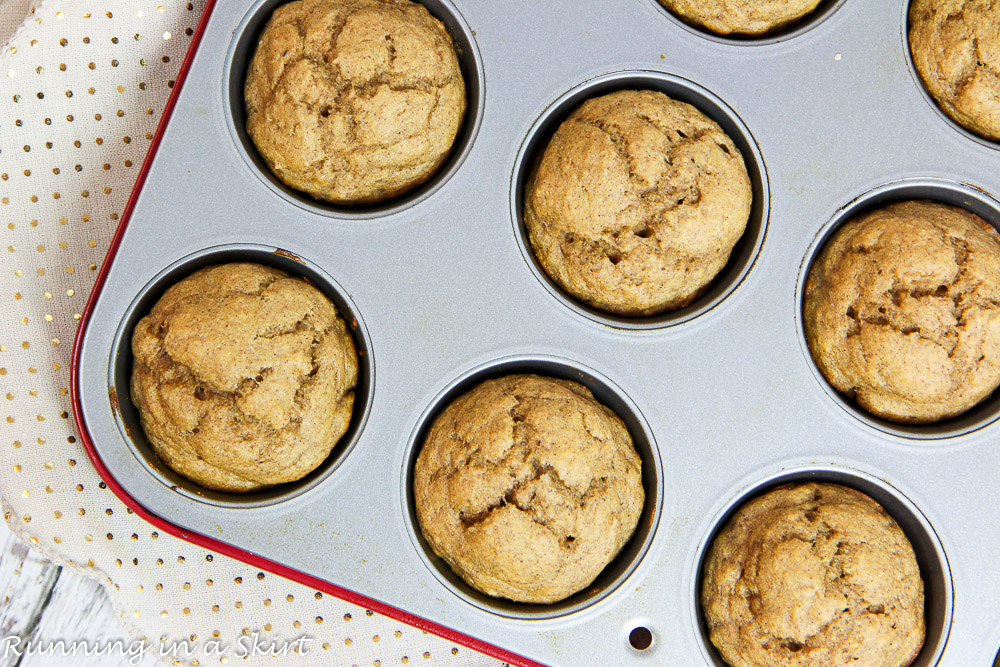 No, they aren't exactly what our grandmothers made... but they are pretty darn good. 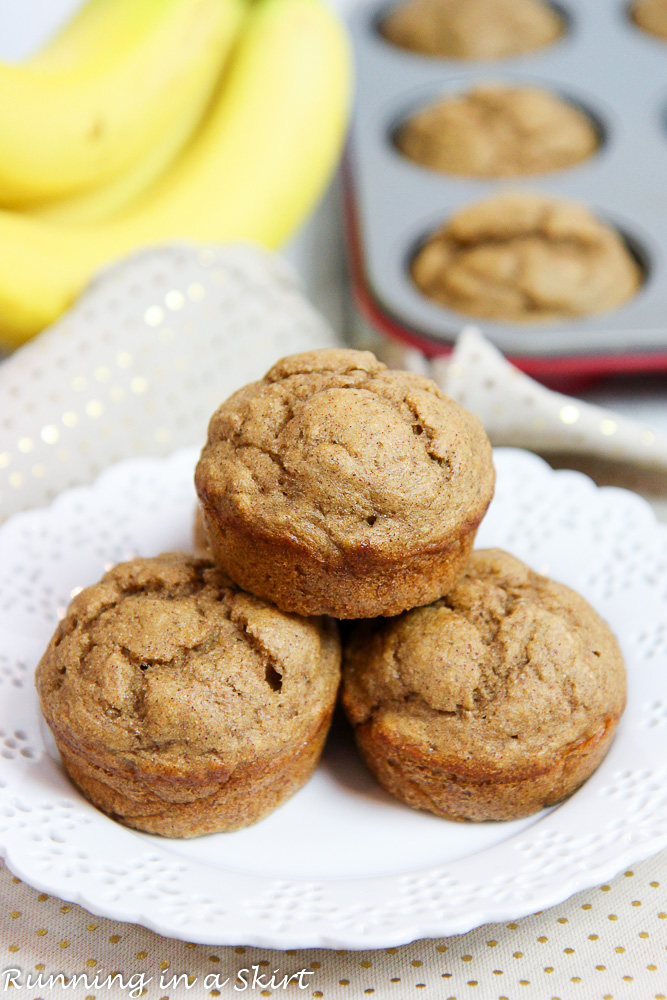 I hope you enjoy my Clean Eating Banana Bread Muffins Recipe as much as I did!  Happy baking. 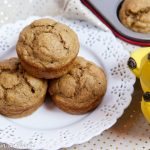 Like my Clean Eating Banana Bread Muffins Recipe? I’d love it if you could pin this to your favorite Pinterest board! Thank you so much for the support. 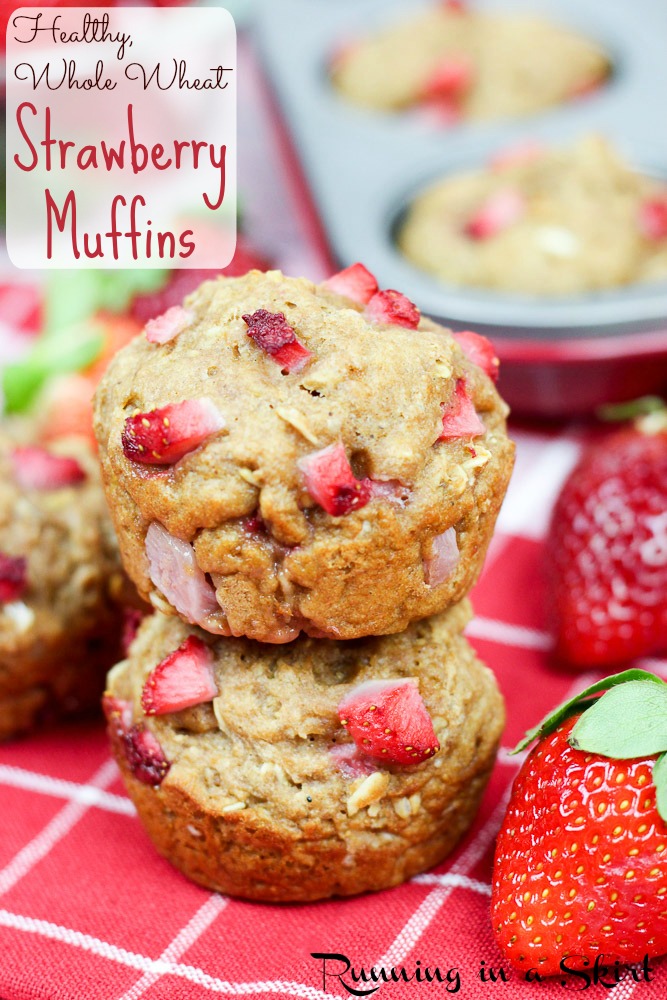 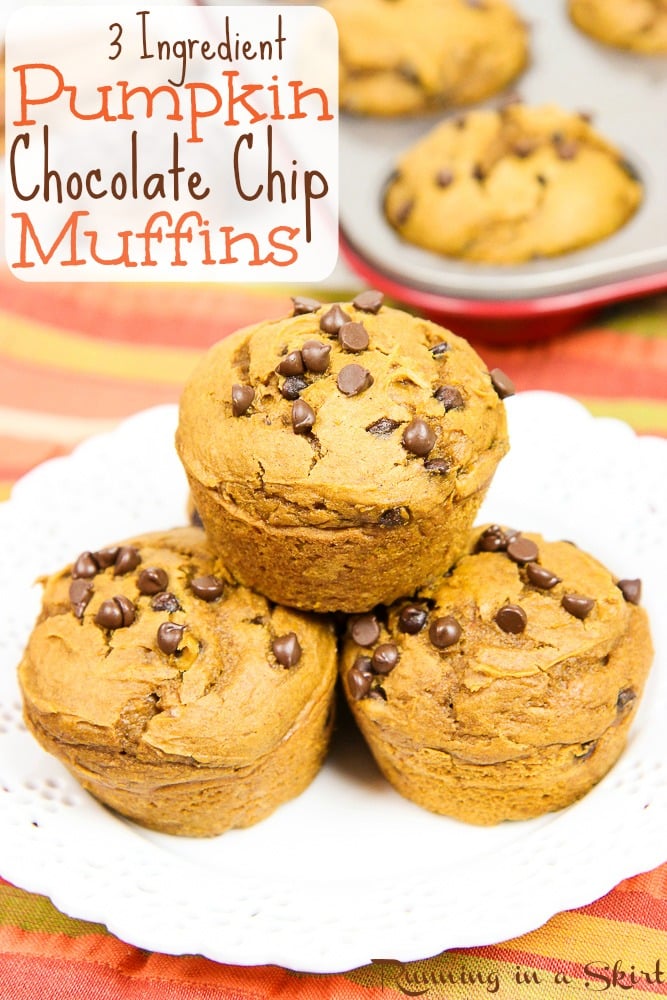 Thanks for stopping by today! Tomorrow I’m sharing some of my current makeup favorites.

I’m linking up with: Meatless Monday with Sarah and Deborah, Meatless Monday with Annmarie and Rachel, Delicious Dish Tuesday, What’s Cookin’ Wednesday, Full Plate Thursday with Miz Helen, FoodFriDIY,  Foodie Friday, and the Weekend Potluck.  Thanks so much ladies for the link up parties!