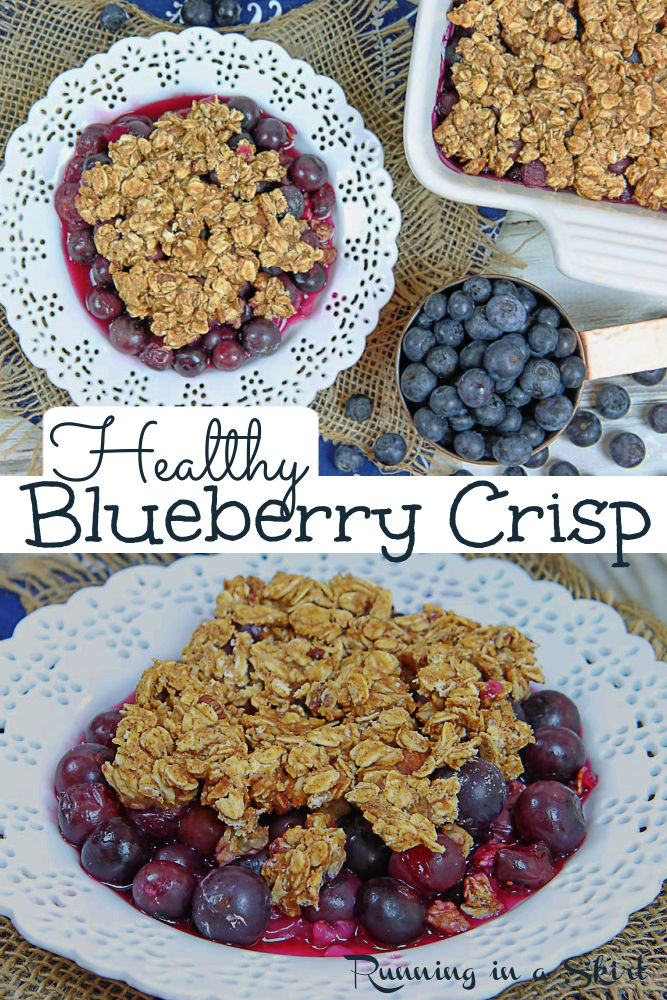 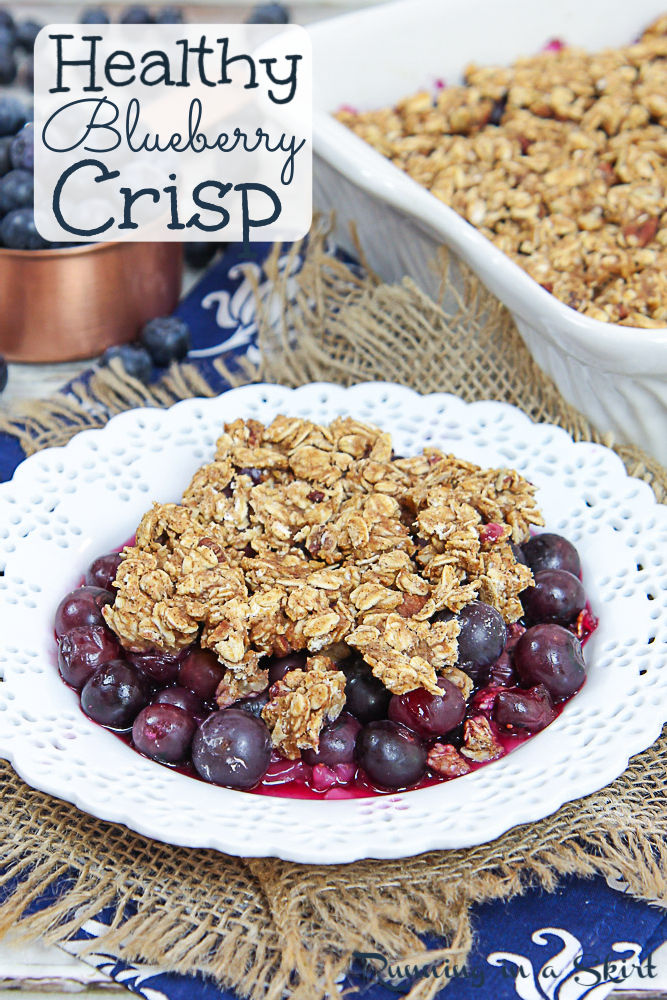 This Healthy Blueberry Crisp is one of my favorite desserts.  When blueberries are ripe, sweet, and plentiful there is nothing like this simple combination of plump blueberries with a crumbly oat topping.  It's sheer summer perfection in a bowl.

If you are thinking making homemade healthy blueberry desserts is hard, you are wrong!  This dessert comes together with very little hands-on cooking time and very little mess.  It's the perfect recipe to whip out on any hot summer day.

Sure you could make a traditional Blueberry Crisp with lots of sugar and butter (no shame in that,) but I also love to lighten mine up and let the actual nutritious ingredients shine like the blueberries and oats.  This recipe uses a few healthy substitutes including maple syrup instead of white sugar and apple sauce instead of butter in the crisp topping.

The result is a lighter dessert that still tastes incredible BUT one I can feel better eating more often AND serving to the twins, who asked for seconds of this! 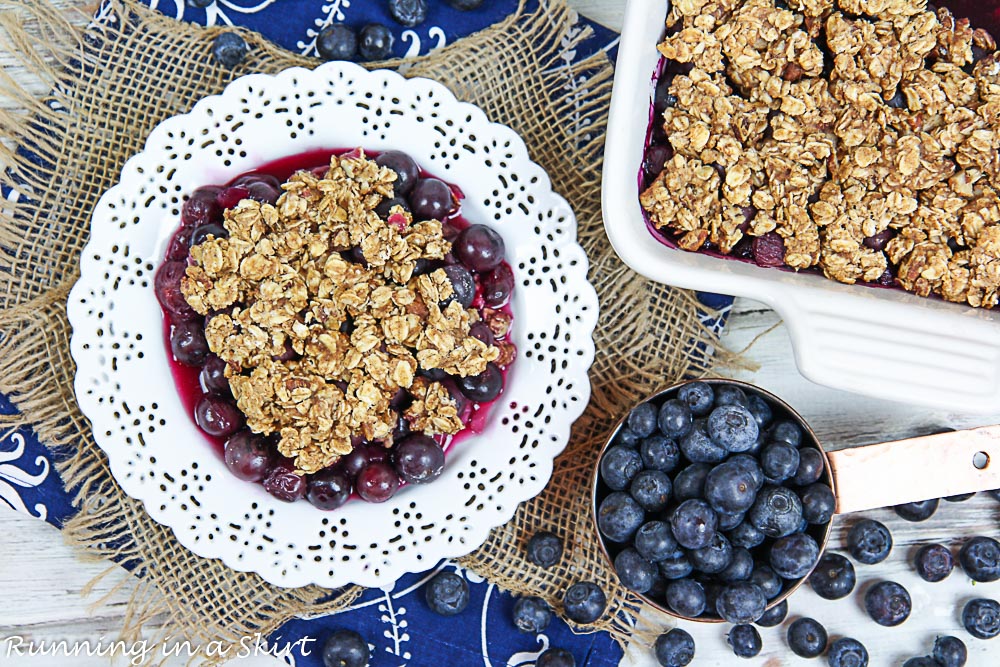 Looking for Healthy Blueberry Desserts? This is it!

Healthy Blueberry Desserts are perfect for this summer season, and my whole family loves this one.  No summer picnic is complete without one of these.

I don't have a problem with enjoying the full-fat version of desserts like these, but I really do enjoy ALSO finding space for healthier versions like this. This recipe is healthy because it is refined sugar-free, has no oil or butter, and just so happens to be vegan and dairy-free.  If you need it to be gluten-free you can easily use gluten-free oats and gluten-free all-purpose flour OR almond flour!

How many calories are in a blueberry crisp?

A typical blueberry crisp can have 400 calories or more plus whatever ice cream you put on top.  My lighter version is only 180 calories a serving.  If you want to keep this super healthy you can serve it with vanilla greek yogurt (regular or dairy-free) or dive right in with traditional vanilla ice cream.  Both ways are totally delicious. 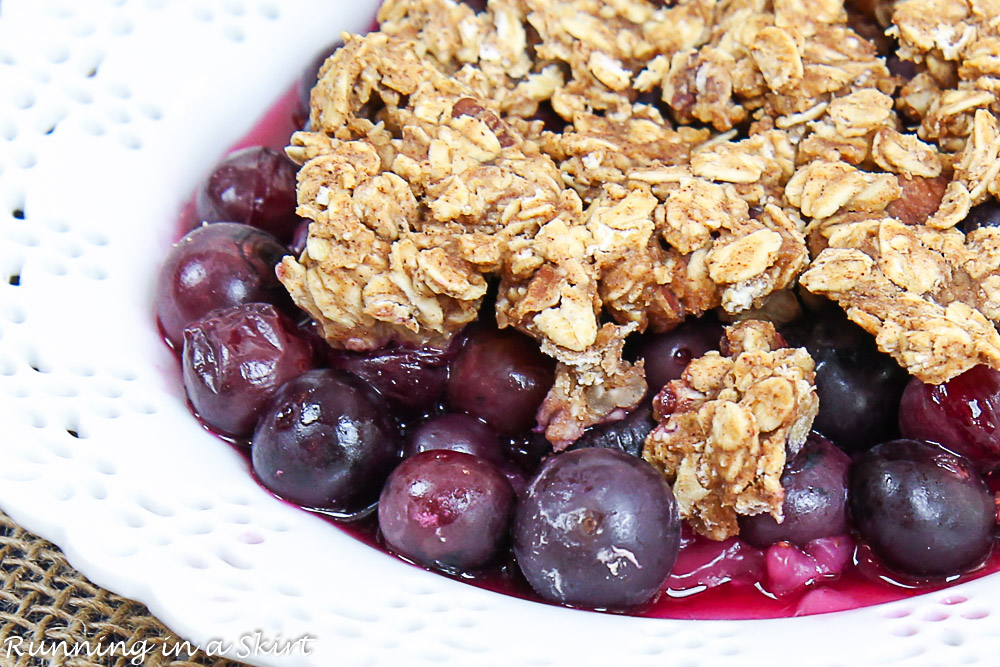 For the Healthy Blueberry Crisp Topping: 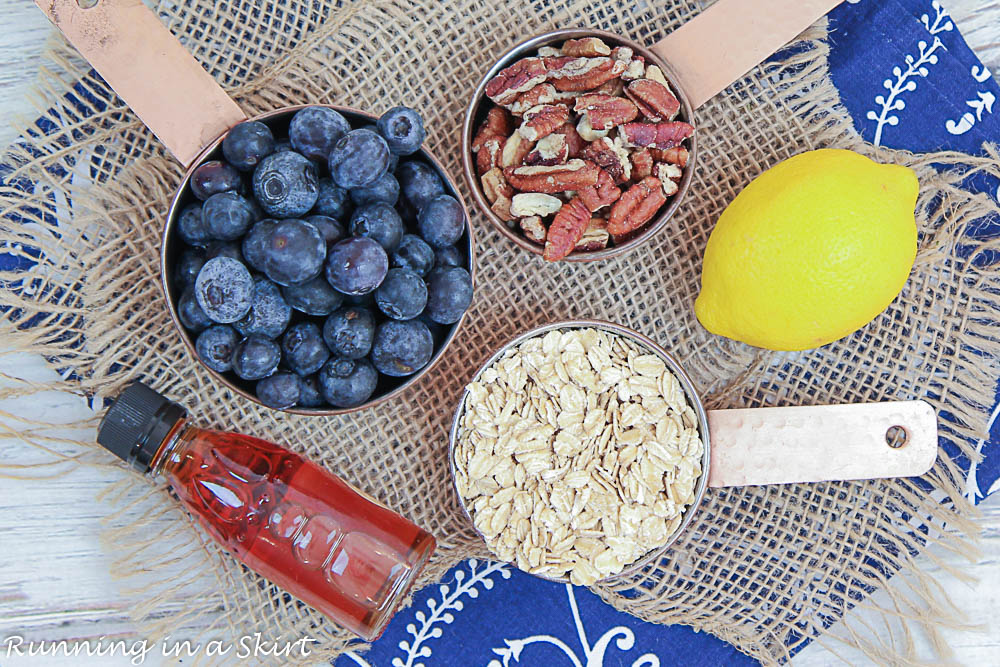 How to Make the Healthy Blueberry Crisp Filling:

How do I make this with frozen berries?

It's super easy to substitute frozen berries for fresh ones in this Healthy Blueberry Crisp.  Just toss the frozen blueberries in the corn starch, lemon juice, and maple syrup and put them in the pan the same way you would with fresh.  Allow a few extra minutes of cooking time to ensure the berries have time to thaw. 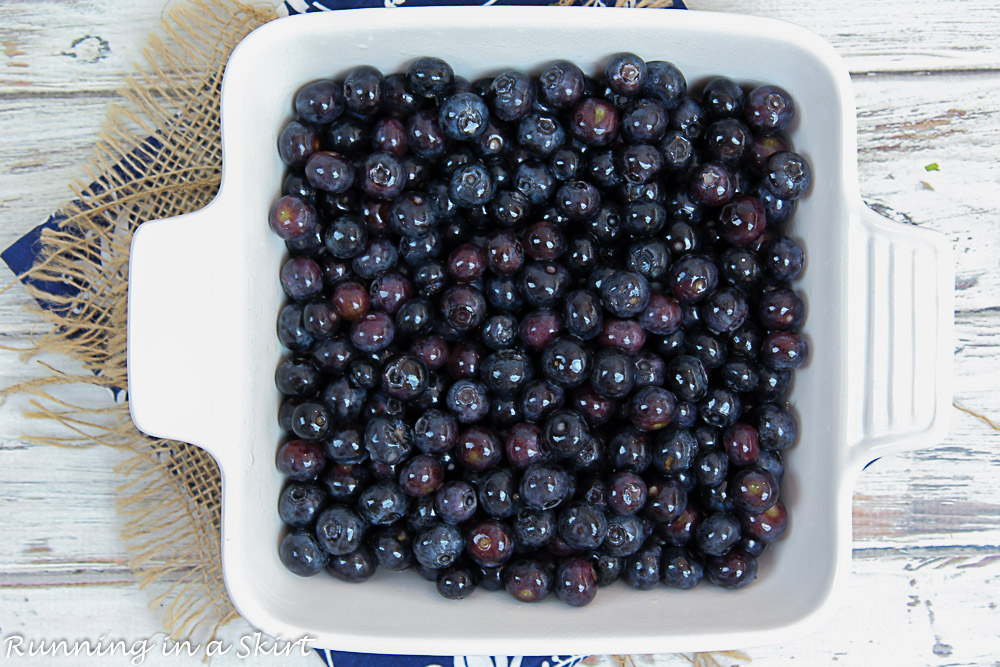 How to Make the Topping: 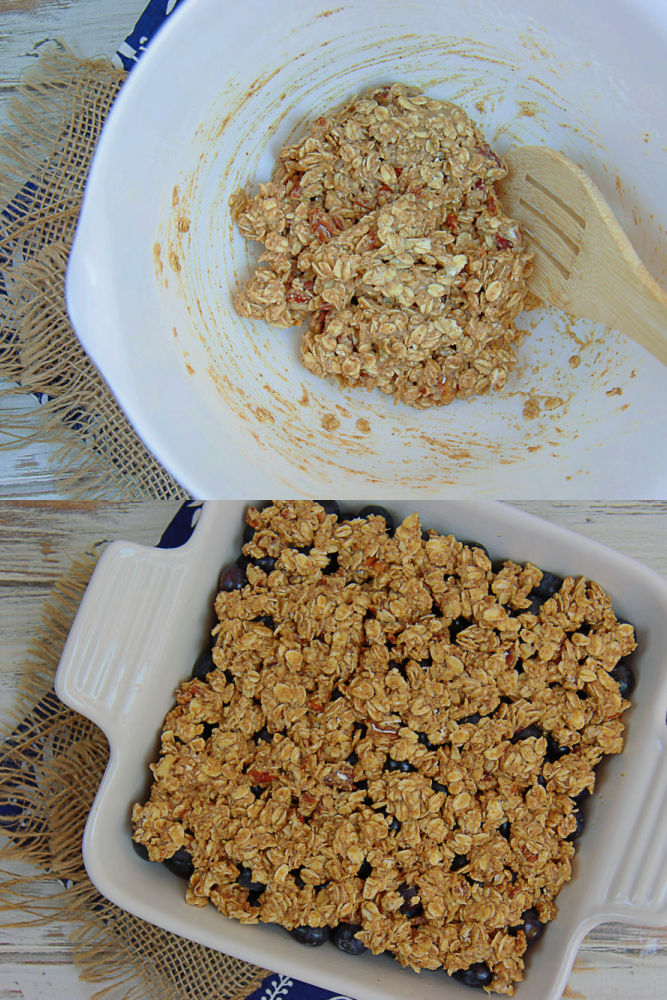 How do you store this? How long does a blueberry crisp last in fridge?

Store this blueberry crisp in an airtight container in the fridge for up to 5 days.

How to I reheat this crisp?

You can serve this crisp cool, room temperature, or warm.  To reheat it, microwave it for 15-30 seconds until it's as hot as you'd like.

Can you freeze this blueberry crisp?

Yes, you can freeze this recipe but the topping might not as crisp when you reheat it. 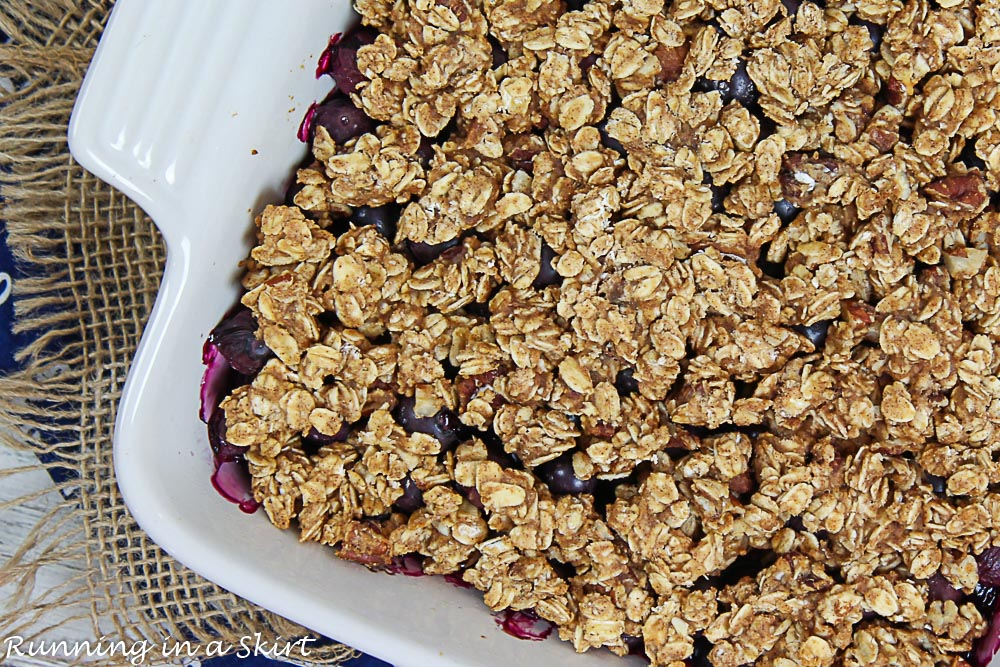 What to Serve with Healthy Blueberry Crisp:

I LOVE this Healthy Blueberry Crisp and hope you will too! 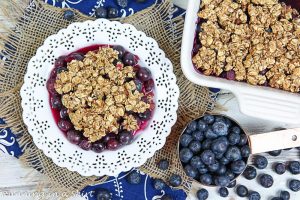 Store in an airtight container in the fridge for 3-5 days.  You can serve this chilled, room temperature or reheat in the microwave. You can freeze this before or after baking it.