Home » Healthy Living » Running » Races » Yes, That Was Me with Cowbell at the Asheville City Marathon

As the hubs and I were leaving the house Saturday morning to cheer on our good friend Dan, who was running the Asheville Marathon, I remembered I had kept all of my Chicago Marathon goodies in the basement.  Within a few minutes I had signs, cowbells and noise makers.  Holla!

Suddenly spectating a marathon got a LOT more fun. 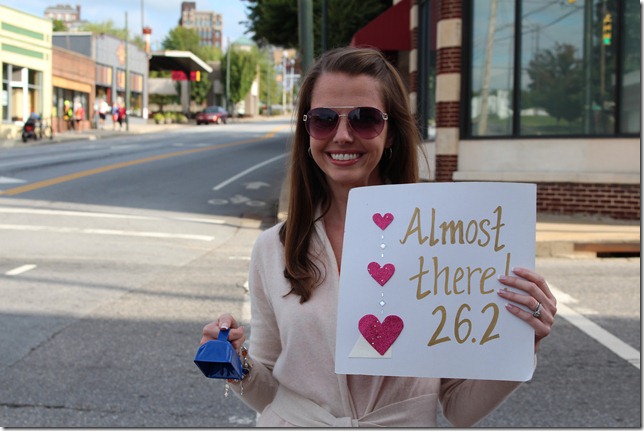 The race started super early in the morning, and I actually had to work in the early morning, so we missed the start of the race.  But we made a plan to catch Dan around mile 25 and at the finish line.  We arrived and got our props ready. 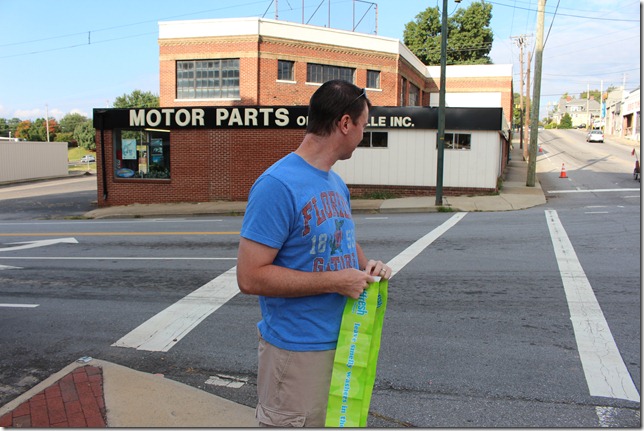 Those green things make a lot of noise.  Perfect for someone who can’t yell very much (I didn’t want to trigger any more voice problems!) 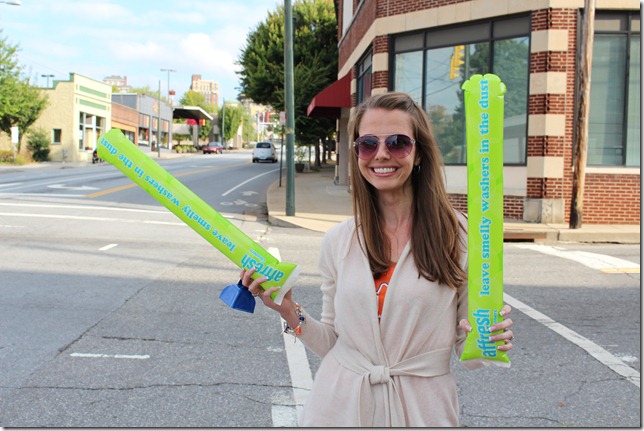 We got downtown a little quicker than planned and the faster runners were still passing by us!  It was so inspirational to see the look on people’s faces as they were getting so close to finishing a marathon.  We started cheering for all the runners.  I was having so much fun getting runners to smile as they passed us. 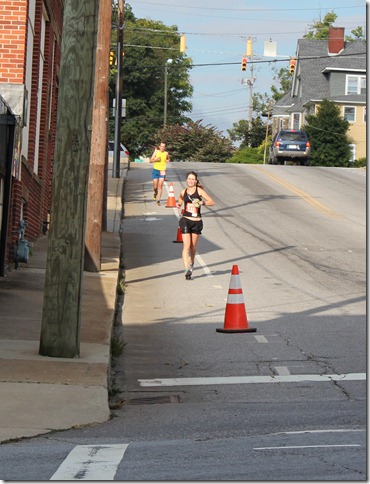 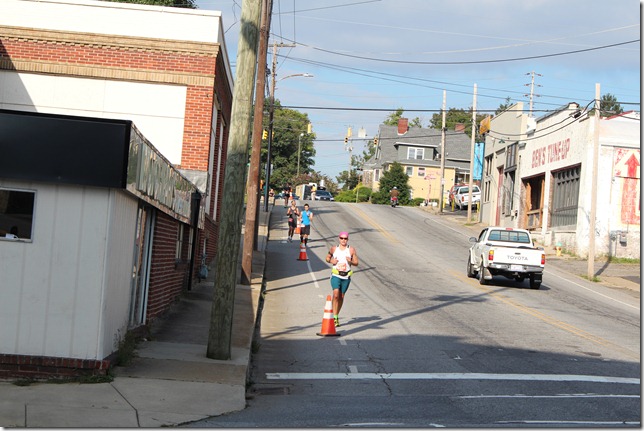 “Stay strong and get that medal!” 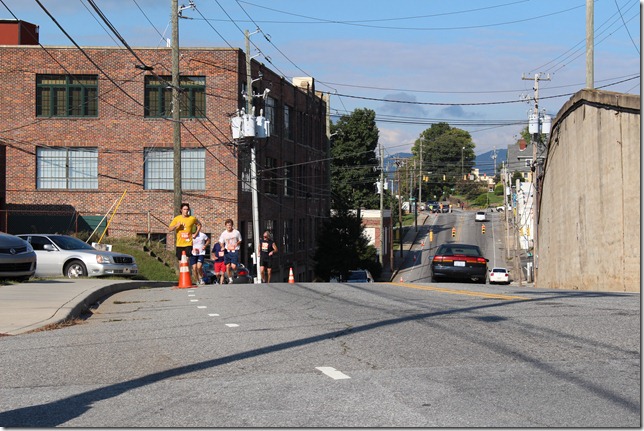 “You are almost done!”

The best part was the race bib’s were personalized so you could see everyone's name.  You could give each runner some personal encouragement.  I remembered how awesome it was to hear the cheering at the Chicago Marathon, so we tried to do our little part to keep the race interesting.  I know first hand just how tough mile 25 of the marathon can be! 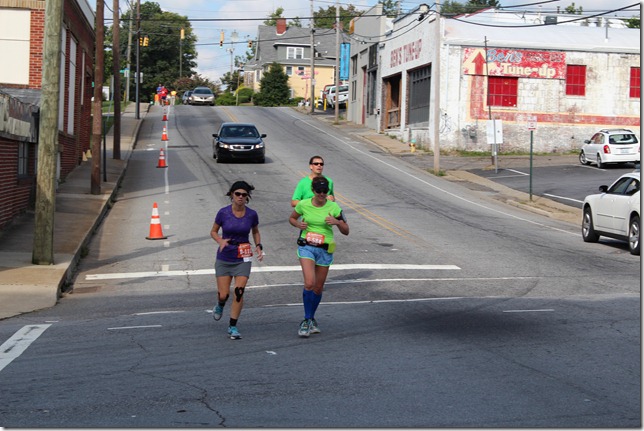 Dan wasn’t able to train as much as he would have liked and it was his FIRST marathon so he wasn’t sure how long it would take him to finish so we had to keep watching for him. 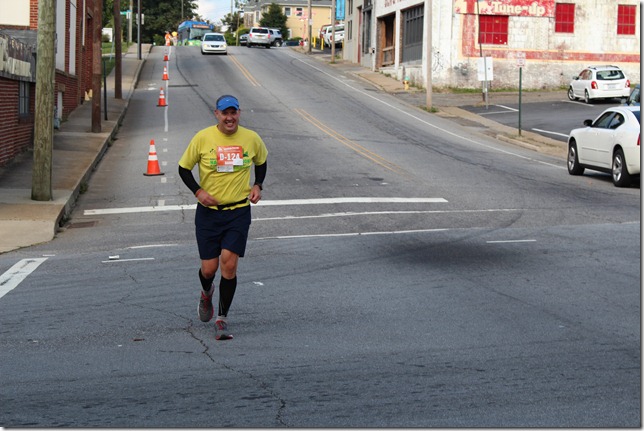 He was struggling a bit (understandably!) so I gave all my stuff to the hubby and decided to run along with him up the hill and see if he needed anything.  I told him he was doing awesome and it was almost over.  If he kept going he would most likely finish in less than 4:30! 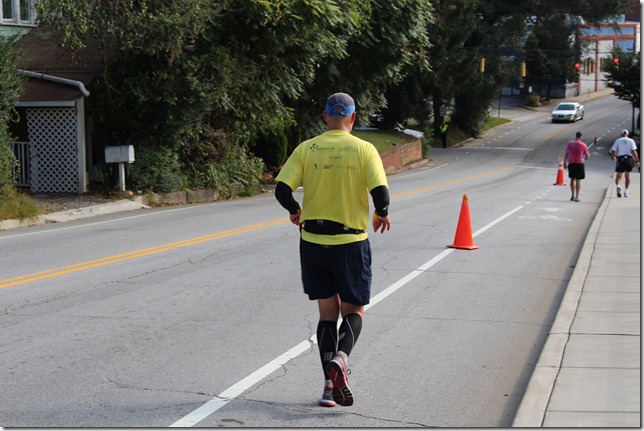 After a quick run with Dan, I broke off the path and the hubs and I sprinted to the finish line along some of the back roads. 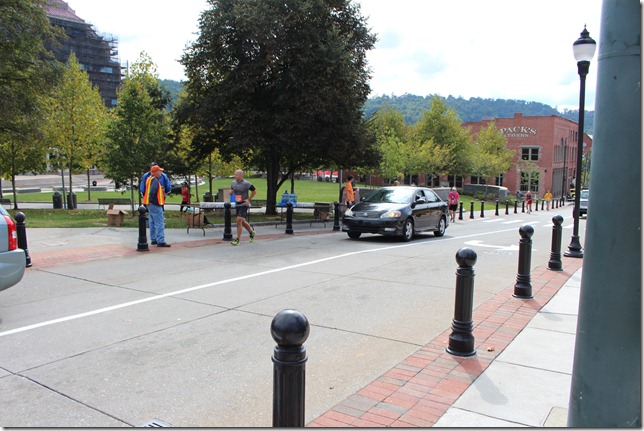 Mental note: Keds are cute, but not good for running. 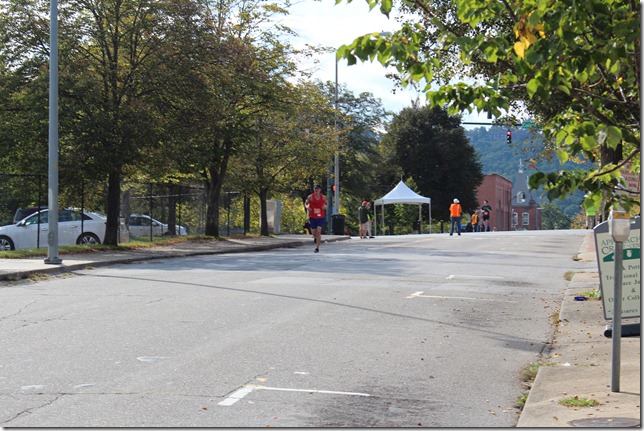 I shot a few more images along the way. 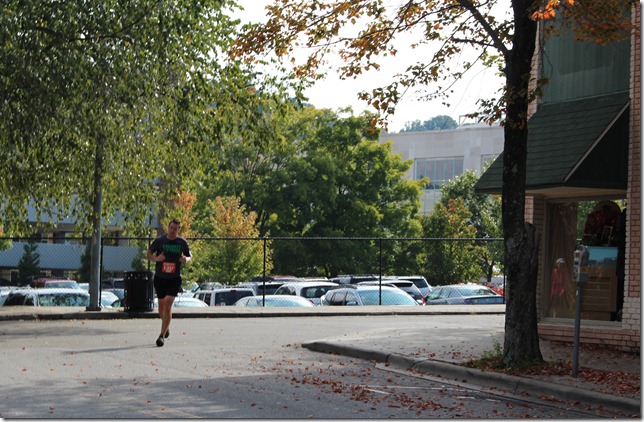 We caught back up with Dan just before the finish line and he was doing AMAZING!  What a finish! 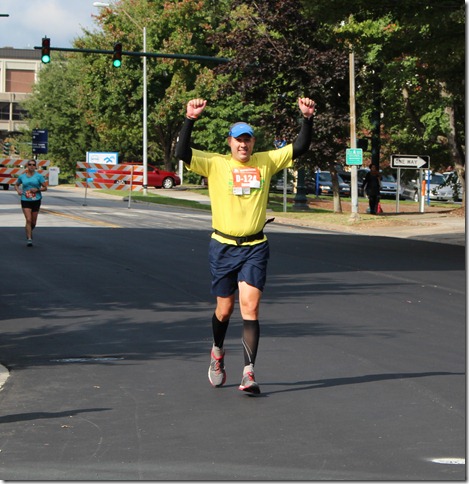 He even had enough energy to give a high five. 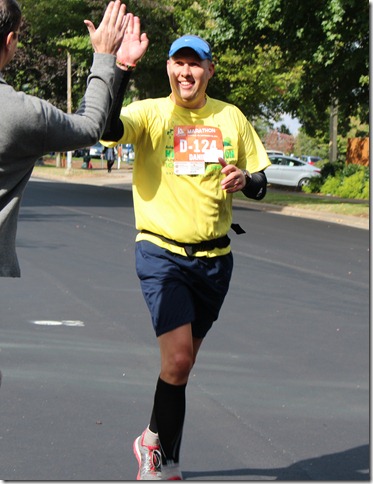 Dan pulled it off with a bib time of just under 4:30. What a running rockstar! 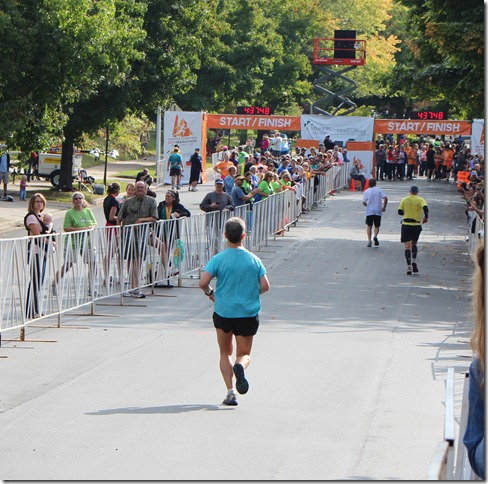 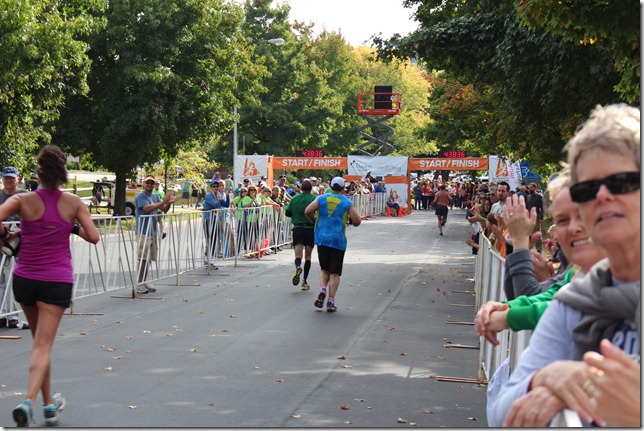 Dan regrouped with his Brother-in-law Joel, who also ran the race and his family.  Joel finished shortly before Dan and also ran a great race.  Both talked about how the hills were BRUTAL!  I don’t know how they pulled it off. 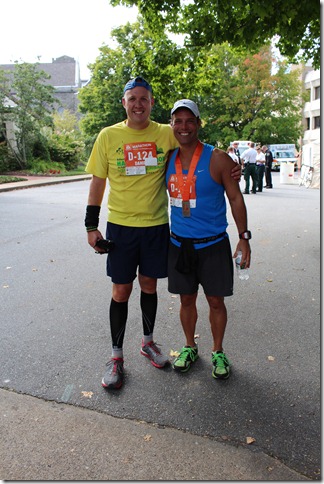 The finish area had all of the usual suspects like a food tent and massage table.  Since it’s Asheville, there were also some fun and unique goodies like the El Kimchi food truck and Highland Brewing beer. 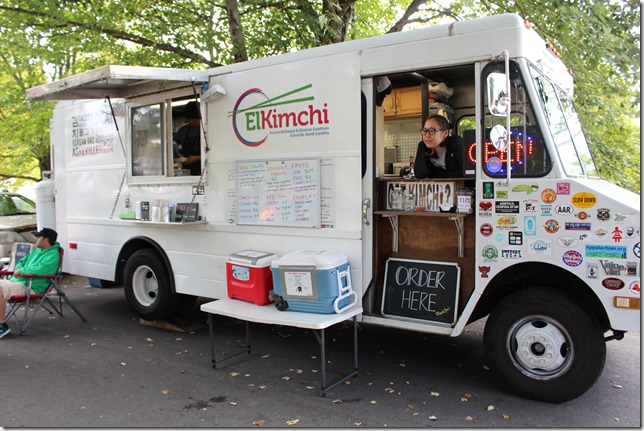 I can’t imagine drinking after a marathon, but there were plenty of folks who loved the idea.  Asheville is Beer City USA after all! 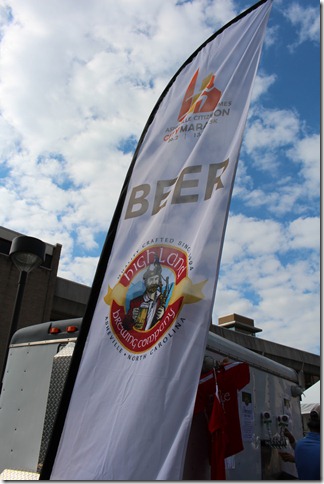 And at the runners request we got a big table at Wicked Weed Brewing and “refueled” after a morning of fun. 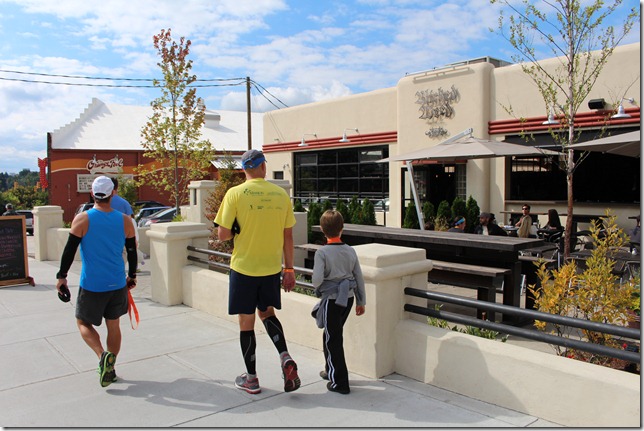 It was so cool to be a part of one of Asheville’s 2013 marathons.  Before this year the city did not host any full marathons and now we have two!  The Asheville Marathon at the Biltmore Estate and the Asheville City Marathon.

I am so proud of Dan for staying with it for the whole 26.2 miles and finishing his first marathon.

If you can’t RUN a marathon, I highly recommend spectating one.  The runners need support and you can have just as much fun cheering them on.  We had an awesome day and got to share the joy of finishing a marathon.

HAVE YOU EVER CHEERED SOMEONE ON FOR A RACE?

DID YOU RUN EITHER OF ASHEVILLE’S 2013 MARATHONS?