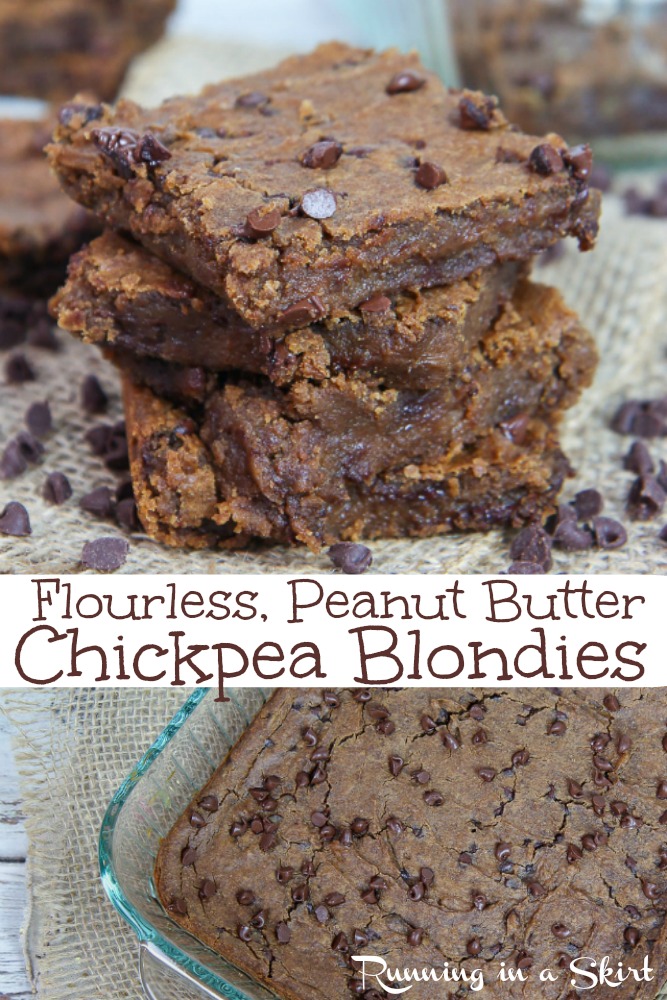 Stop what you are doing and make this Peanut Butter Chocolate Chip Chickpea Blondies recipe! 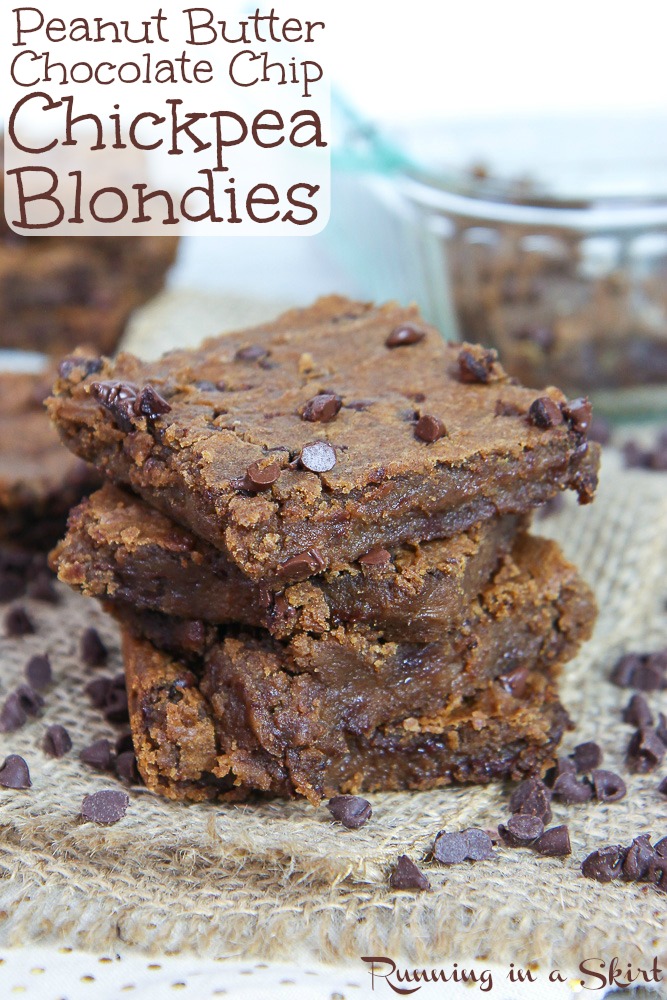 We had a nice, although rainy, weekend in the mountains.  I was able to find just enough time to get my garden and flowers planted for the year.  I'll have some pictures to share with you on Friday.  The boys are feeling a lot better and so far no one else is sick.

To celebrate I thought I'd share with a recipe I've been hanging onto for a few months for just the right time to post.  This is one of those recipes that is almost too good to be true.  This Peanut Butter Chocolate Chip Chickpea Blondies recipe is so rich and decadent but somehow is magically healthy-ish.   It's VEGAN and made with no flour and an entire can of chickpeas... yet still tastes so rich that you'll be wondering how it's even possible. 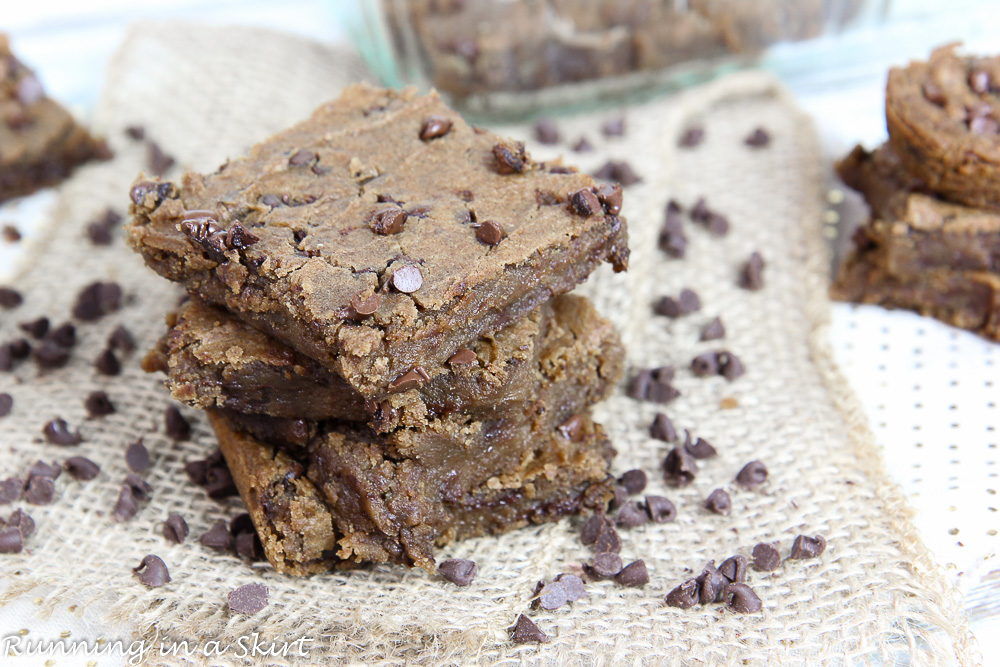 Let's face it, sometimes healthy baking isn't that good.  If I try a recipe and would rather just eat the REAL thing, I don't share it with you.  This one though is WINNER.  It's the kind of recipe where no one would blame you if you dropped what you are doing to go and make these now.

If you aren't familiar with blondies, they are like a rich brownie but without the cocoa powder to make it all chocolate.  But don't worry, you still get your chocolate fix with these.  The chickpeas make the brownie/ blondie batter taste so rich and fudgy and mini chocolate chips win over the chocoholics.

They don't taste healthy at all... which is a good thing in the baking world! 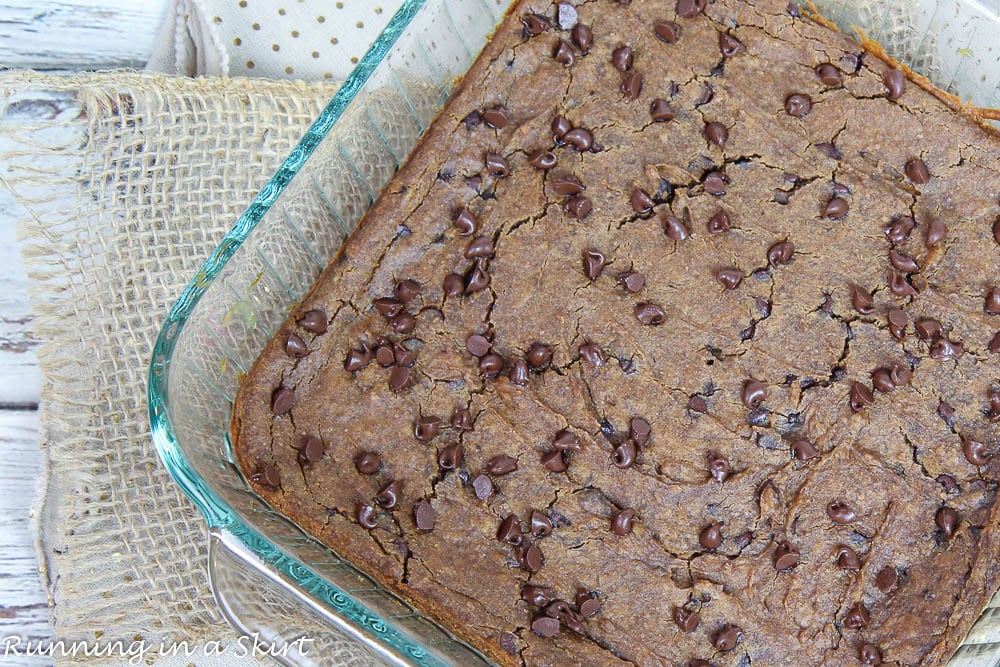 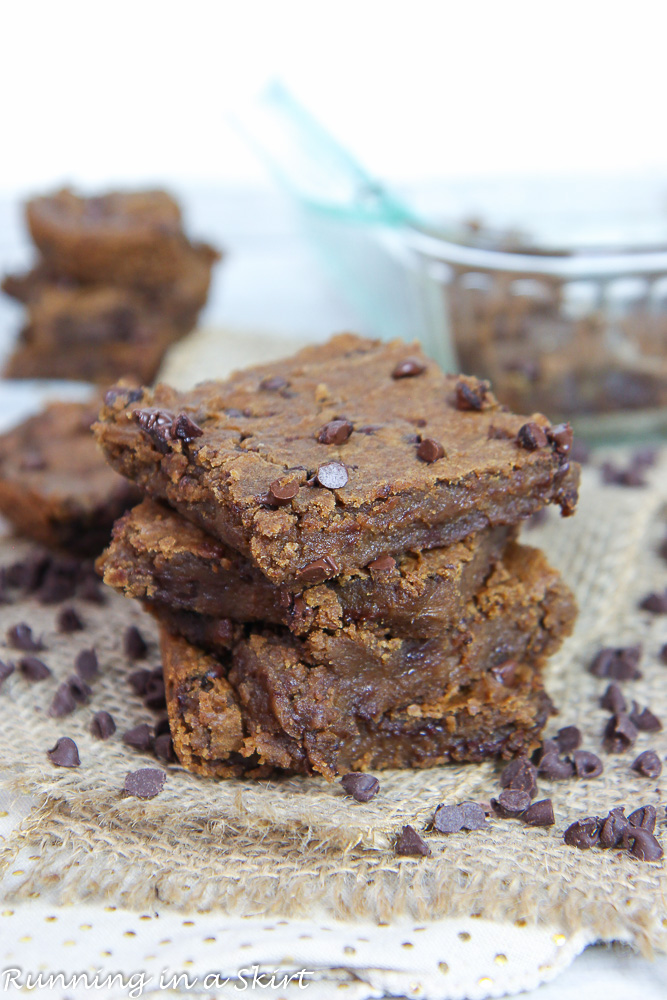 This Peanut Butter Chocolate Chip Chickpea Blondies recipe is best made in a high-speed blender or food processor.  I have this system that does BOTH and I love it.

These are easy to make and my only tip is to allow them to cool in the fridge before cutting.  They are a bit soft and do best in smaller pieces! 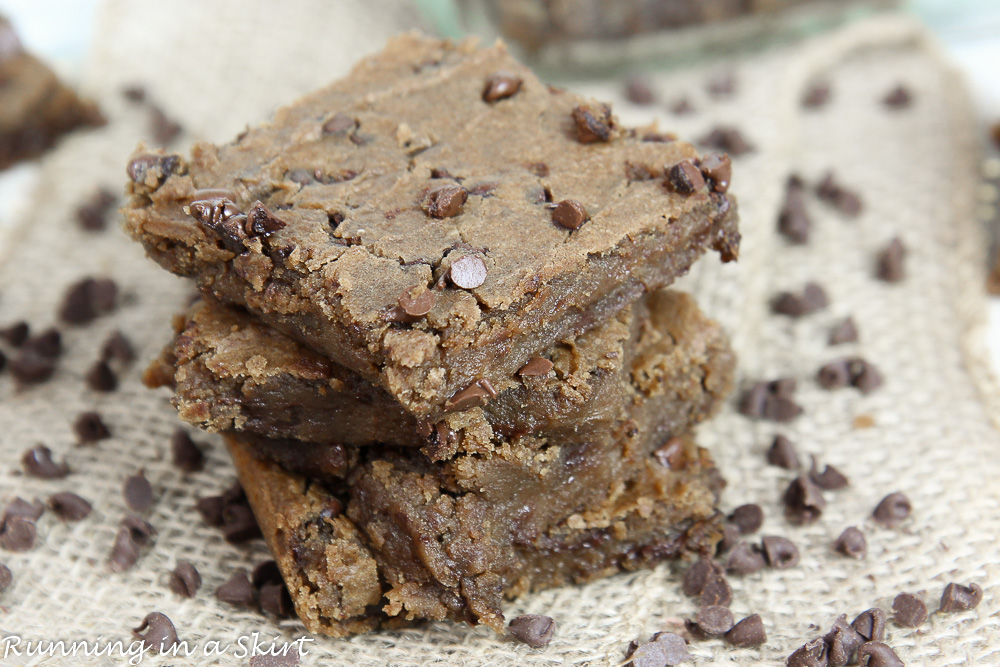 I hope you enjoy this Peanut Butter Chocolate Chip Chickpea Blondies recipe as much as I did!  If you love them feel free to share this post with your friends. 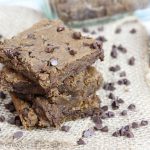 These blondies are soft and stay together better in smaller pieces.  The fridge helps firm them up.