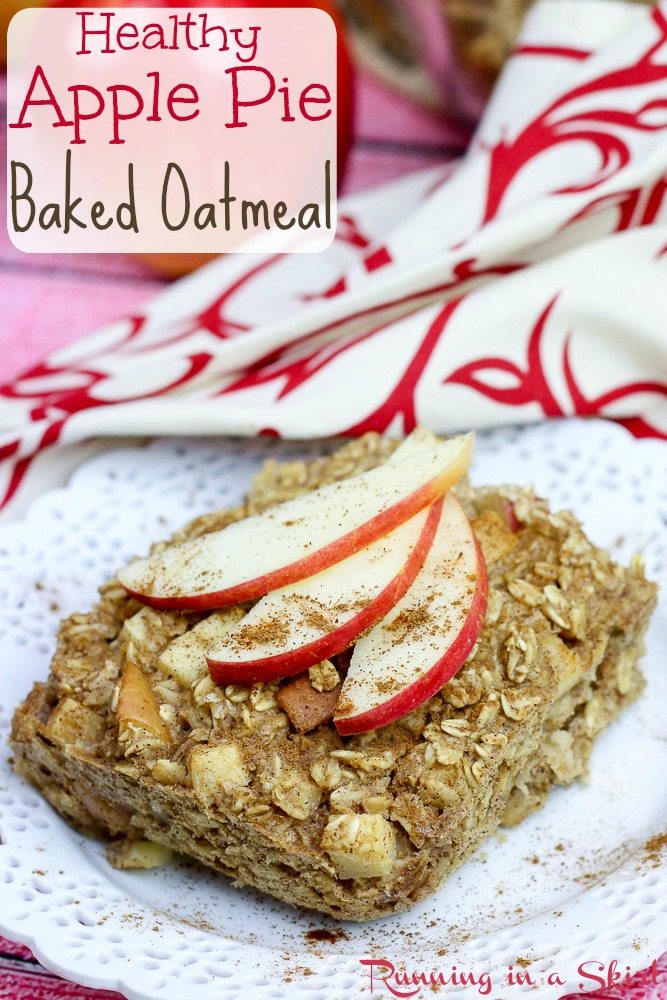 With all the pumpkin hoopla, it's easy to forget about one of the first true fall foods... apple!  Sure pumpkin spice is pretty fabulous but there is nothing like the smell of cozy apple and cinnamon coming from the kitchen.  It just feels like home.

My Apple Cinnamon Baked Oatmeal recipe is one perfect fall breakfast.  It's moist, delicious and oh-so-apple-y! 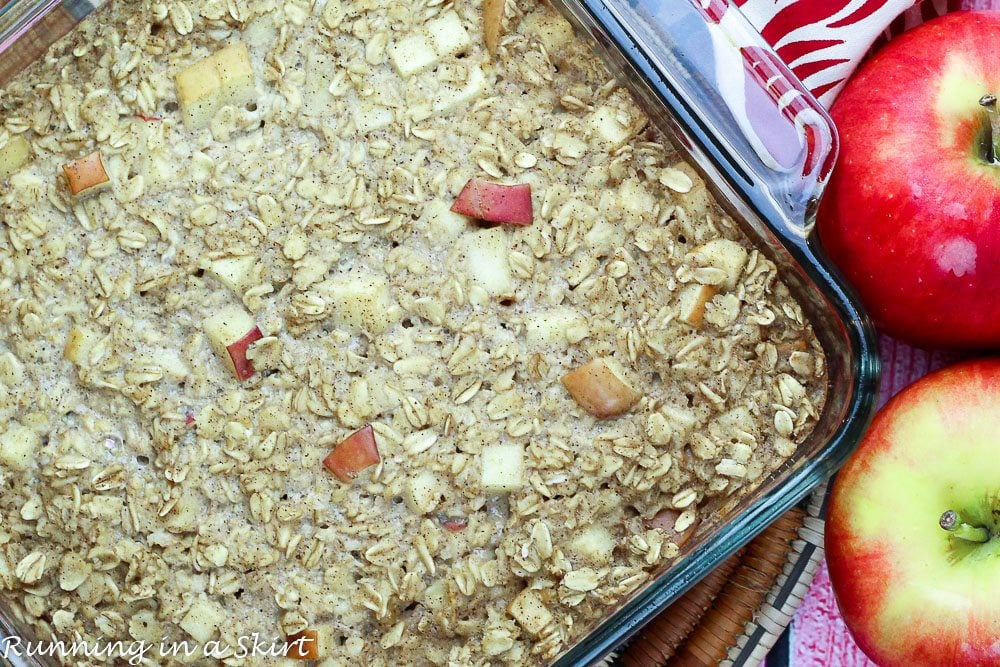 The joy of this Apple Cinnamon Baked Oatmeal recipe is the ingredients are so simple and you probably have most of this stuff in your fridge and pantry.  To bring out the apple flavor I even added a little applesauce into the recipe.  You can put it together quickly in the morning and can be served warm or reheated for several days.

It's so versatile too!  You can cut it in bars, eat on a plate as shown or serve in a bowl with some extra milk on top.  My personal favorite is in a bowl with almond milk. 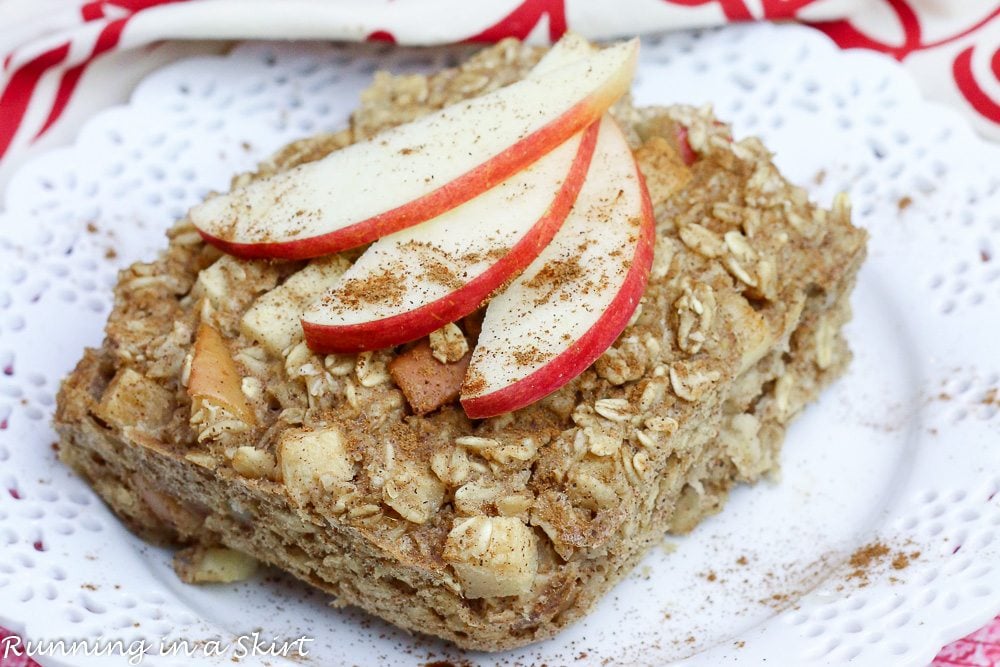 My Apple Cinnamon Baked Oatmeal recipe does have real brown sugar it in, but I've drastically reduced the amount so it has just enough sweetness. You could also sub some coconut sugar or stevia if that's what your apple loving heart desires. 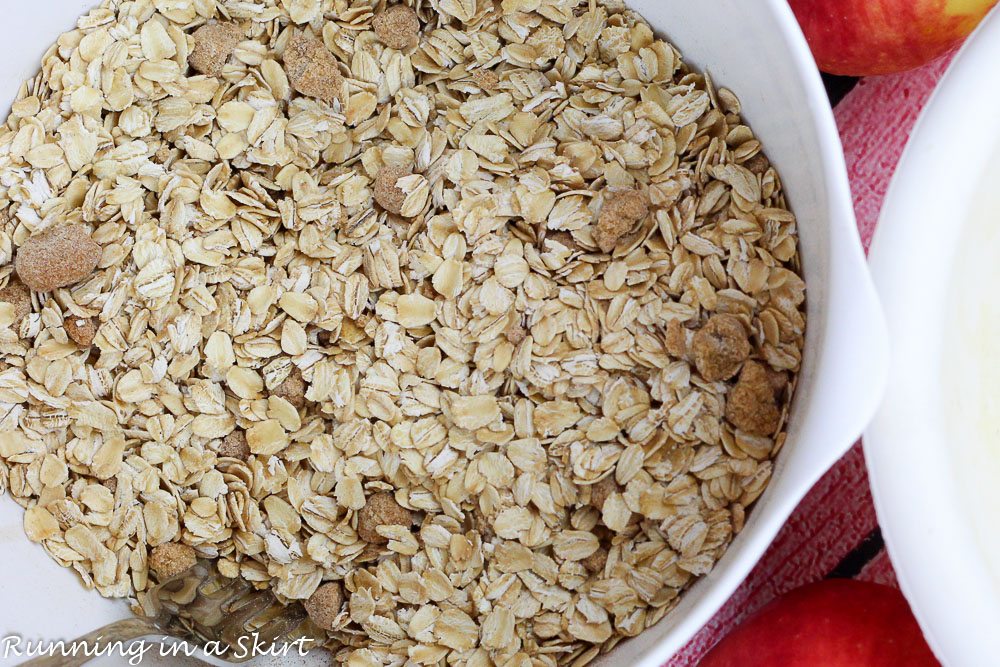 I'll warn you though... the fragrant smell coming out of the oven will have everyone thinking you are making apple pie!  Luckily this breakfast tastes so good that they hopefully will not be disappointed. 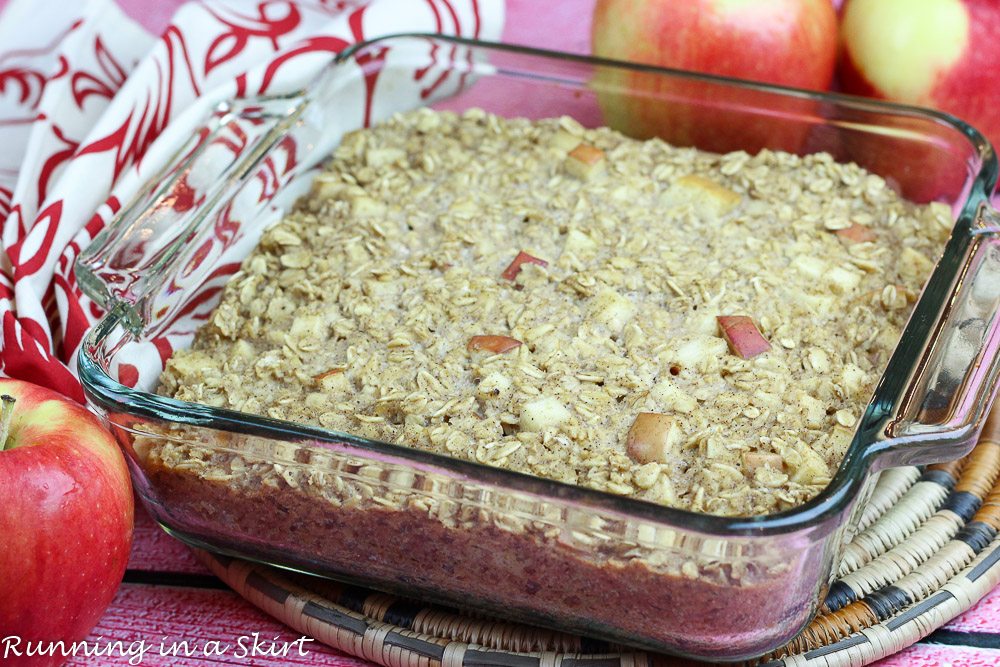 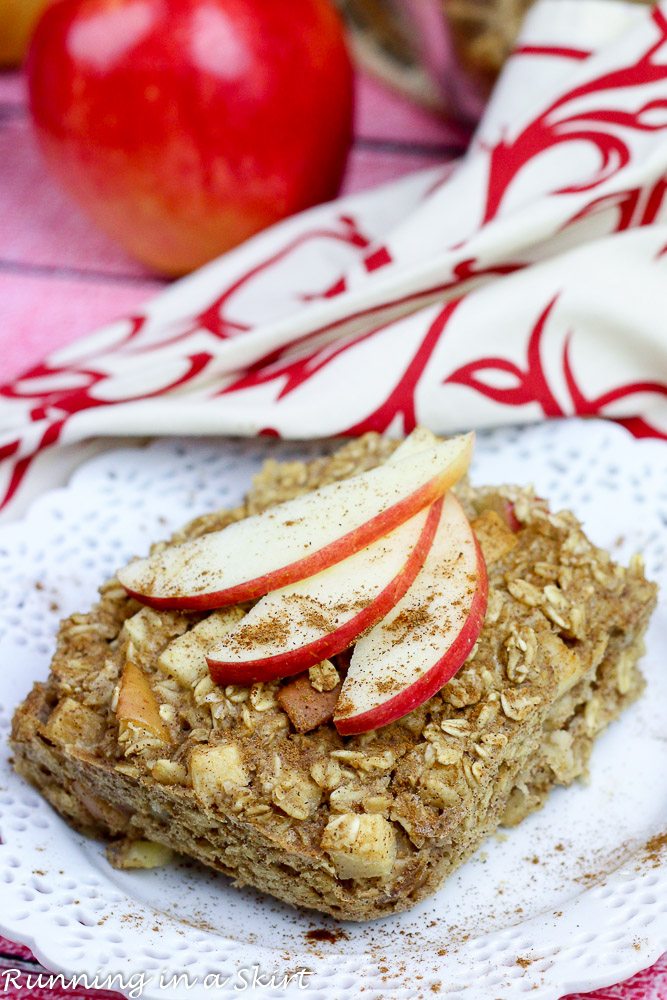 As always the Hubs is my real judge of a dish success and he loved it.  He even said he normally doesn’t like oatmeal, but this was awesome!  Score. 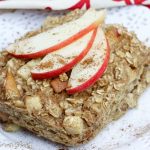 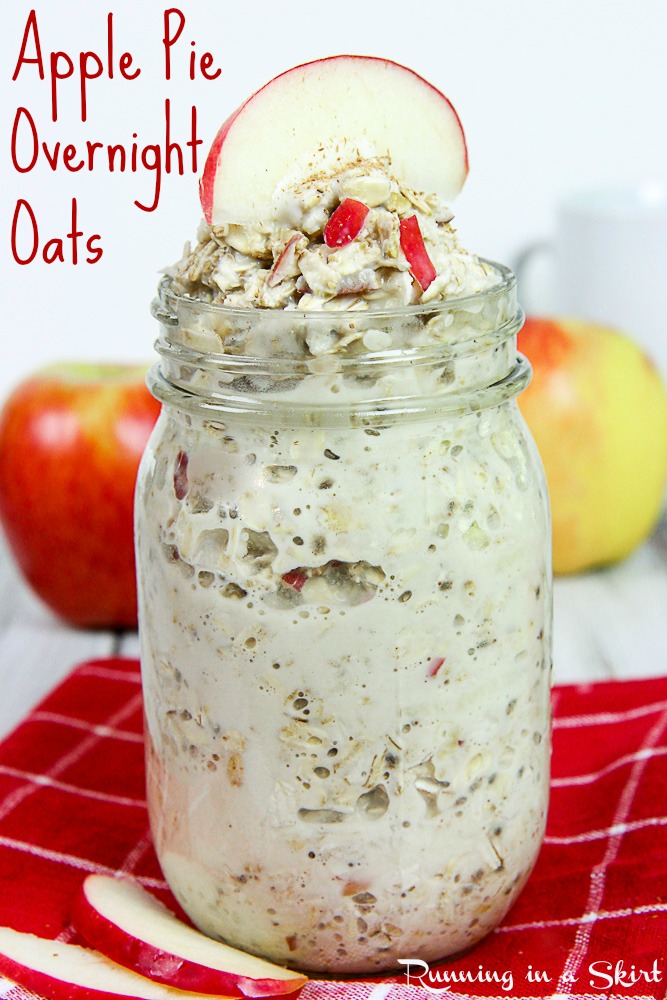 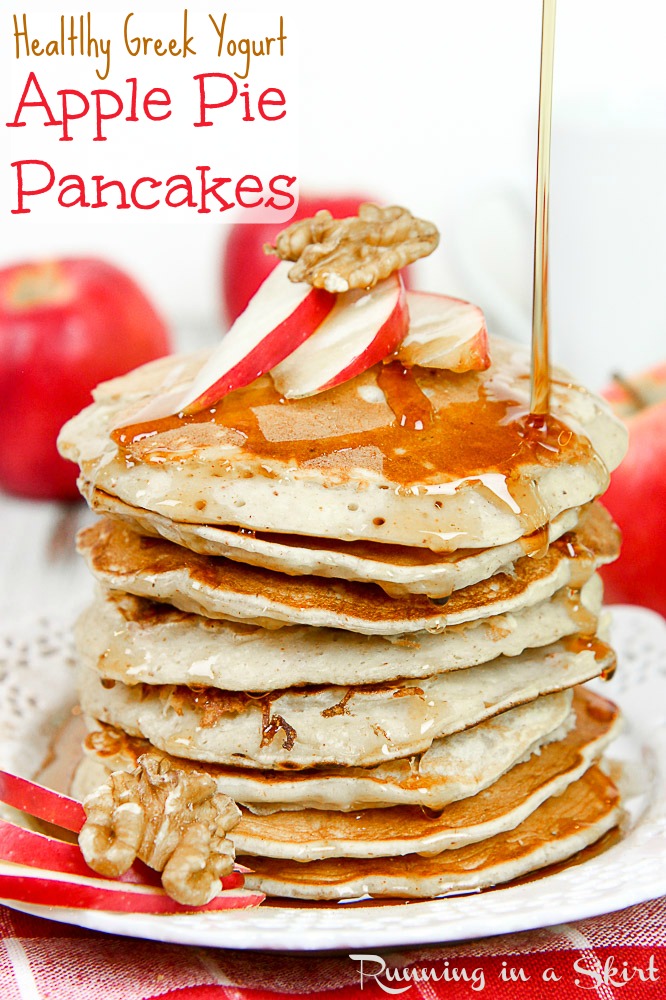 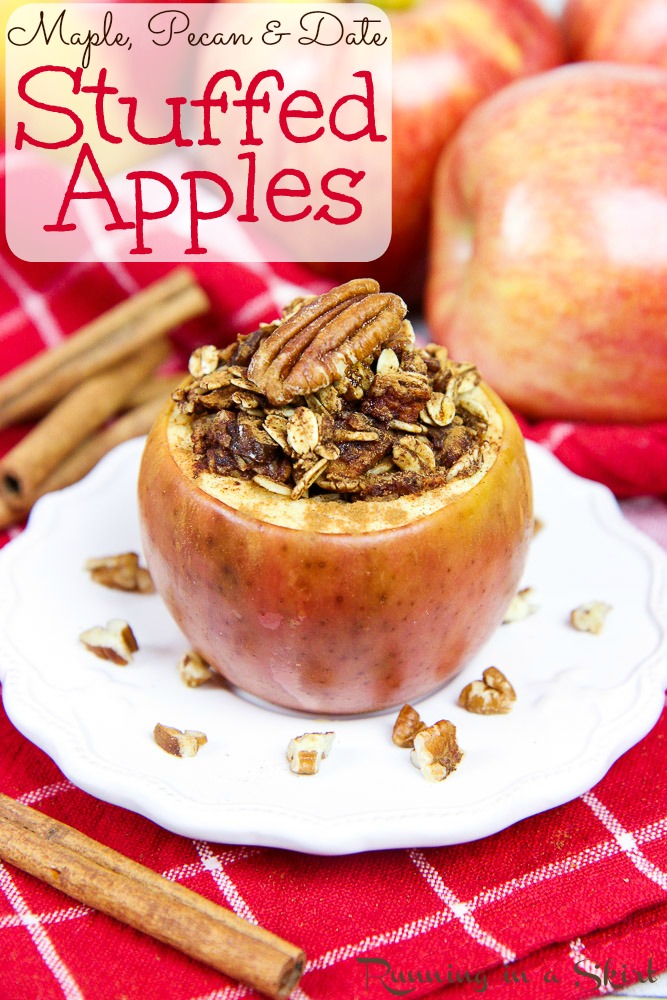 Great to see you today!  I hope you enjoyed this Throwback Thursday post... where I'm sharing older Running in a Skirt posts you might have missed with updated photos and text.  Tomorrow I'm sharing a new Fashion Friday.

Are you a baked oatmeal fan?

I’m linking up my Healthy Apple Cinnamon Baked Oatmeal recipe with: Meatless Monday, Meatless Monday, Full Plate Thursday, Foodie Friday, and the Weekend Potluck. Thanks so much ladies for the link up parties!