Hello from week 2 of social distancing!  We are doing pretty well despite the twin's faces below.  I thought this photo was hilarious though and captured how many of you are probably feeling. 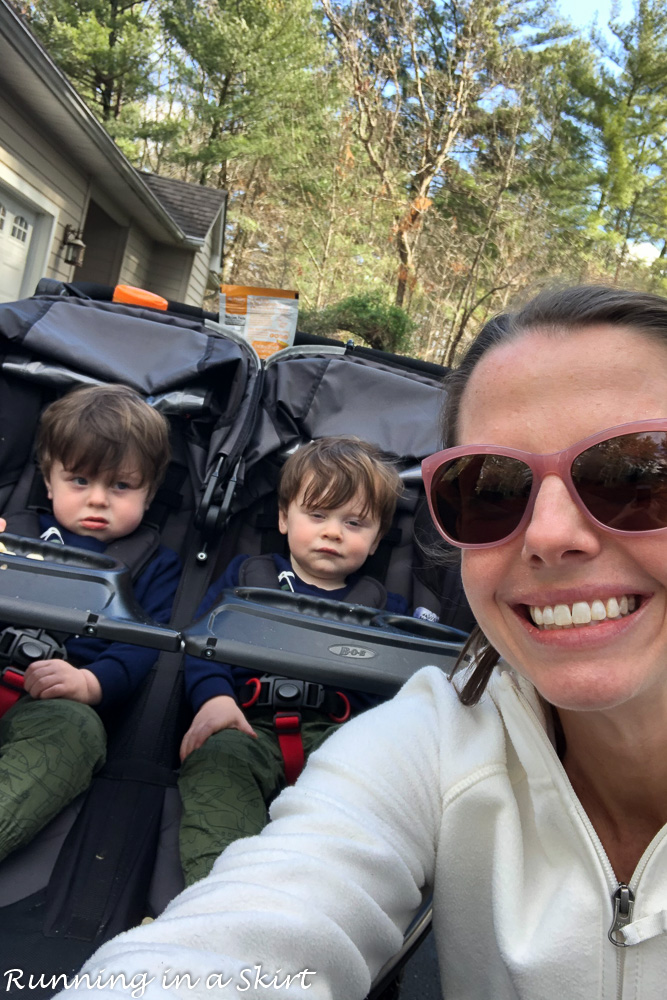 With the expectation of leaving the house to run outside, I spent the week at home again.

This week the Hubs started working from home too, which as actually been really nice.  The government extended the tax deadline but he has still been working TONS of hours day and night to get done everything he can before the old deadline.  It's crazy how all I was wishing for a few weeks ago was tax season to be over and now I'm just wishing for life to go back to normal.

Hunter and Jackson have loved having him around a bit more. 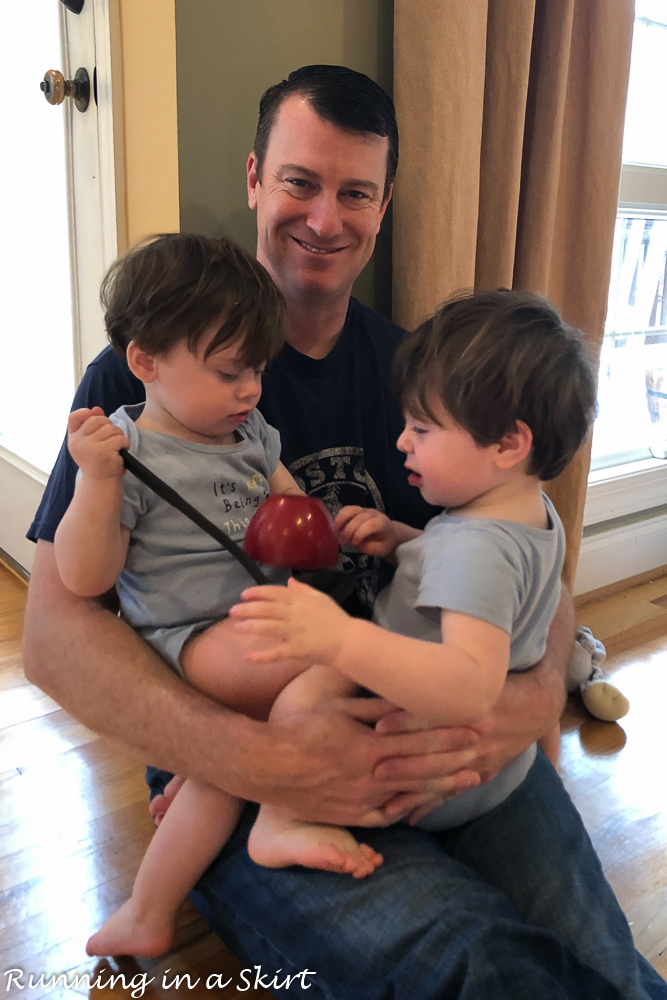 He's been pulling them around in Makena's bed and they laugh SO hard when he does.  It's really fun.  Now Jackson will even drag the dog bed across the room and try to hand it to the Hubs. 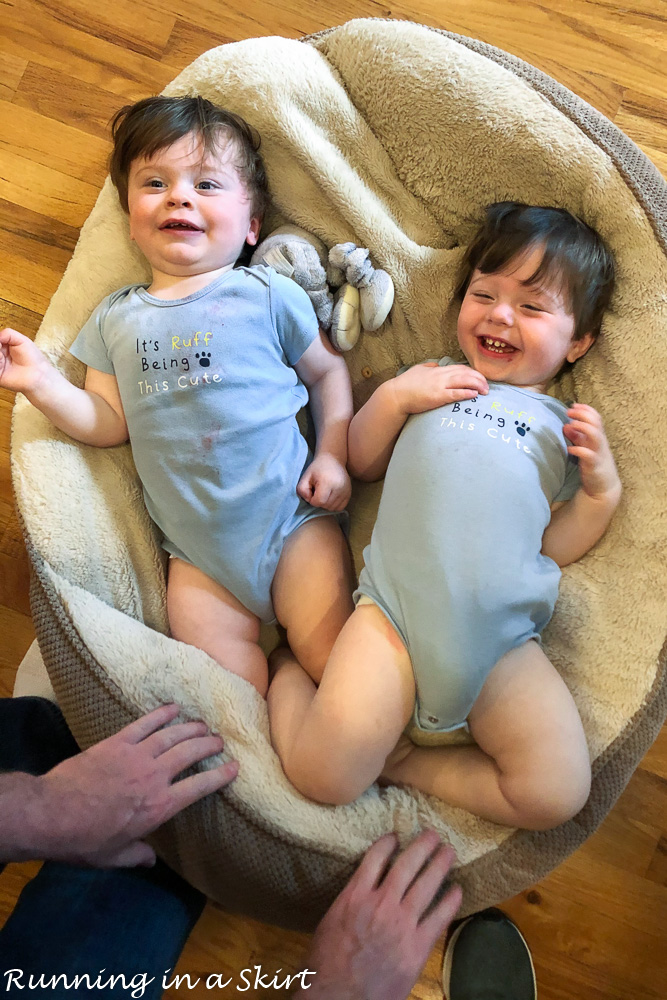 They are constantly surprising me. 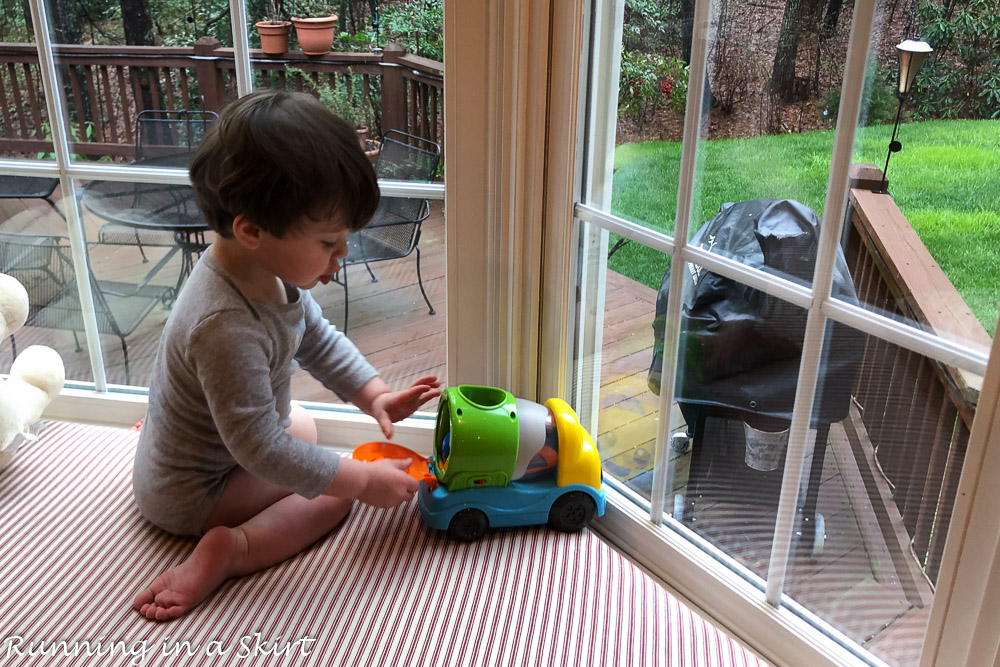 One of the highlights of my day is if one of them gets up before the other at naptime and I get a little one on one time. 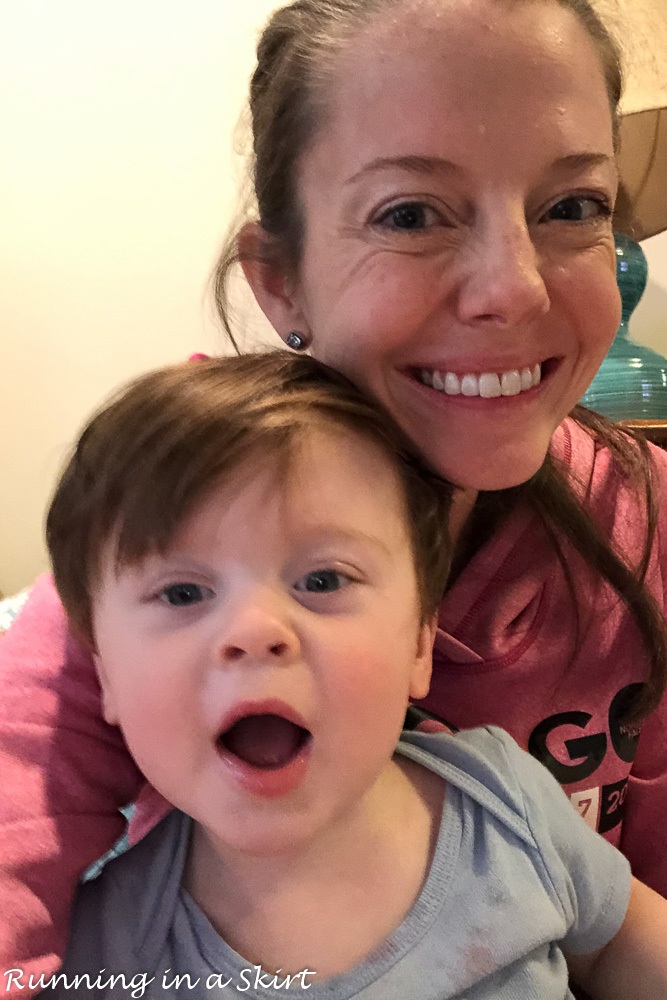 I had a little time with both of them this week and it's the best time for me to get some serious cuddles. 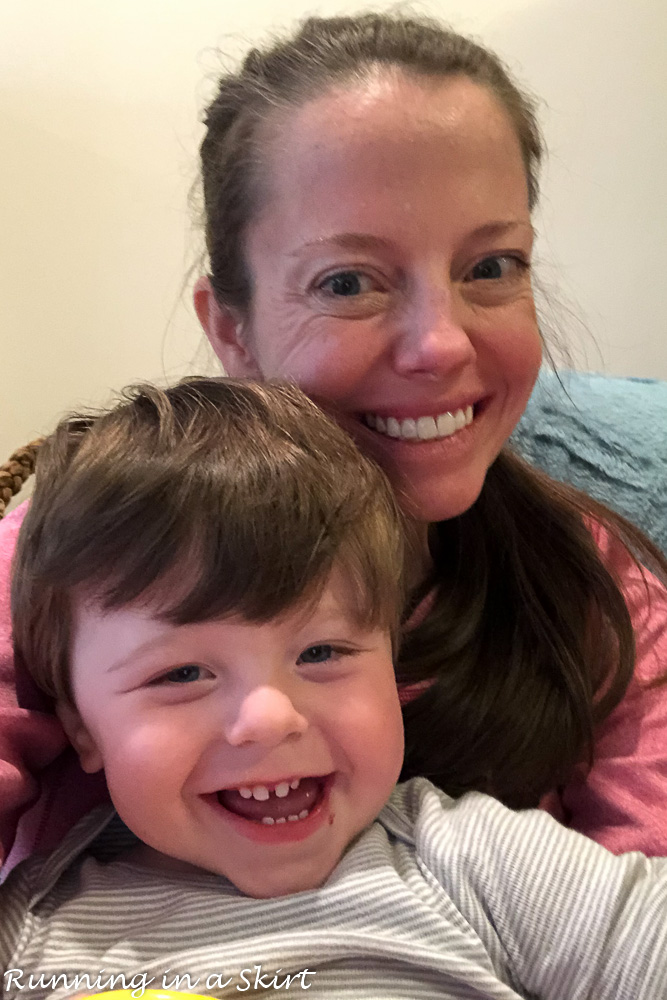 Another cute thing they are doing is holding fake toy phones up to their ears and going "hello!"

Isn't it crazy how much they pick up from us? 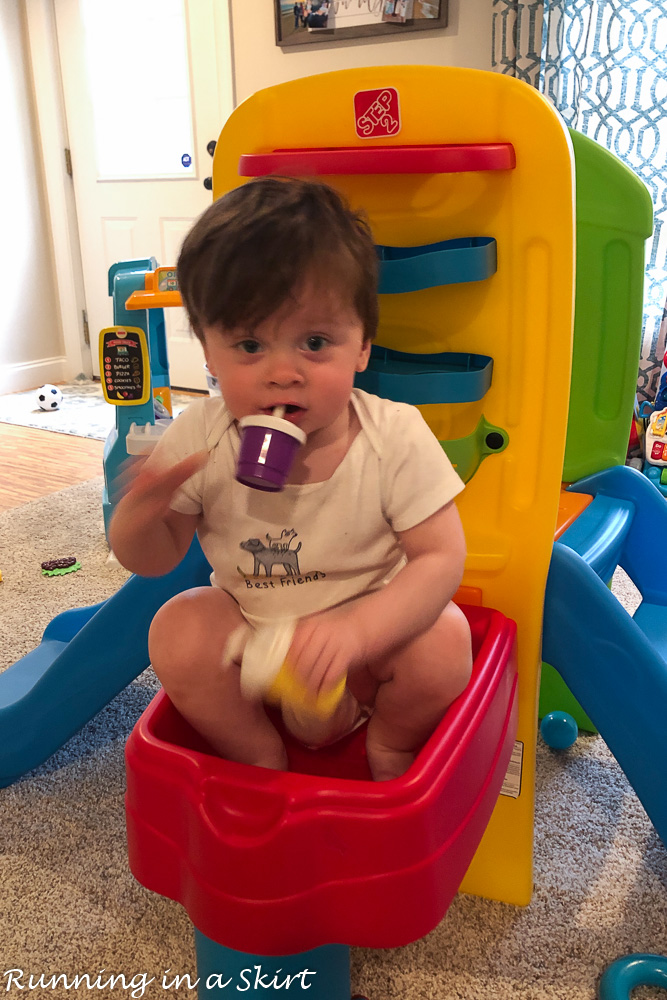 We had a couple cold and rainy days early in the week but luckily most days we were able to play outside at least once. 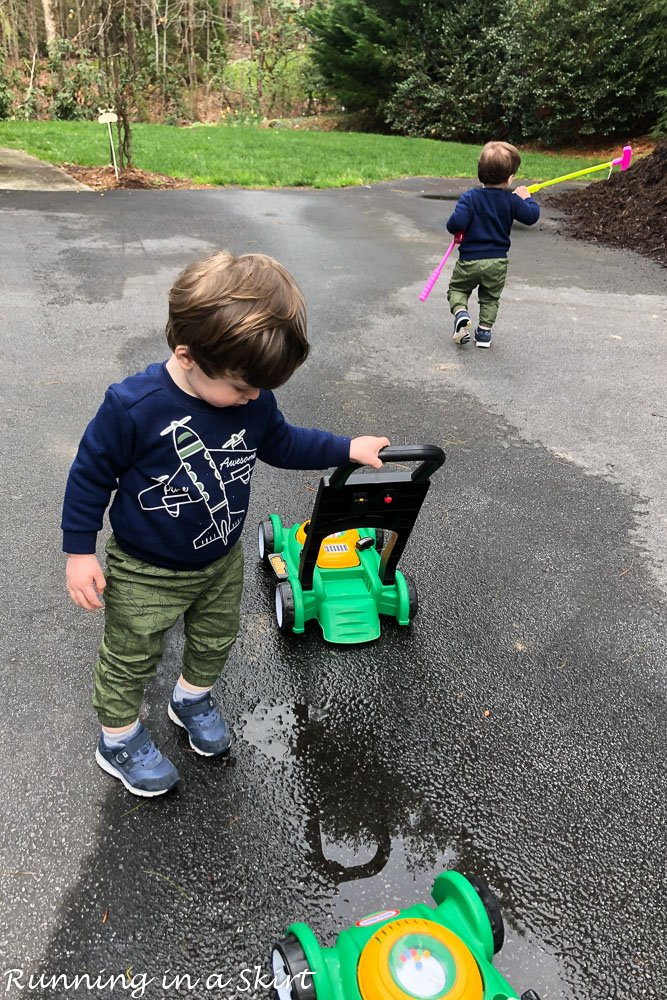 The boys LOVE playing outside and it really breaks up their day. 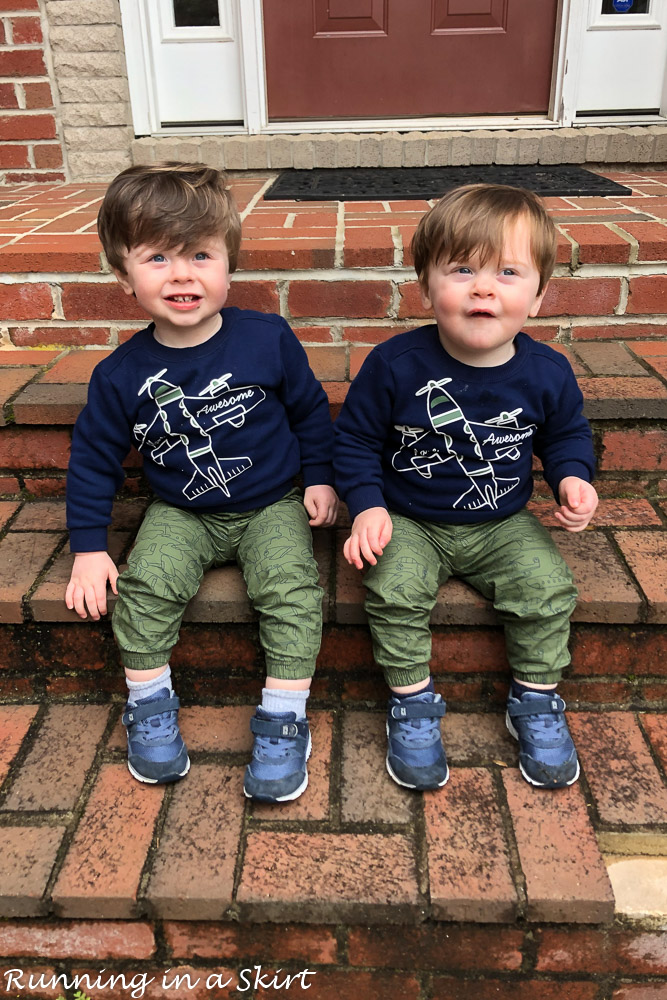 Now if only someone could figure out how to get them both smiling nicely in a single photo... that would be great. 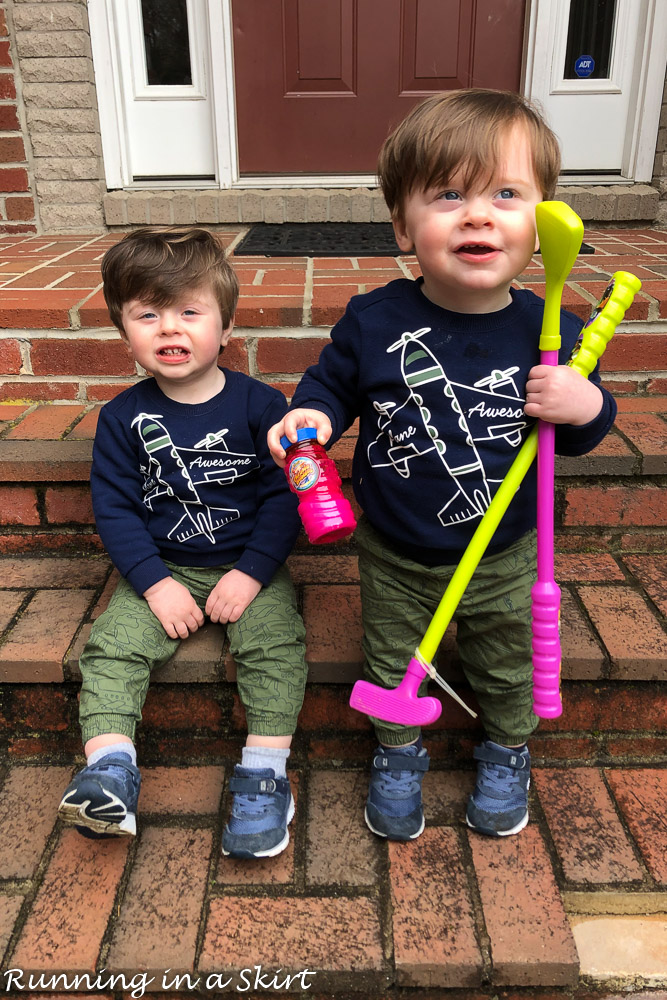 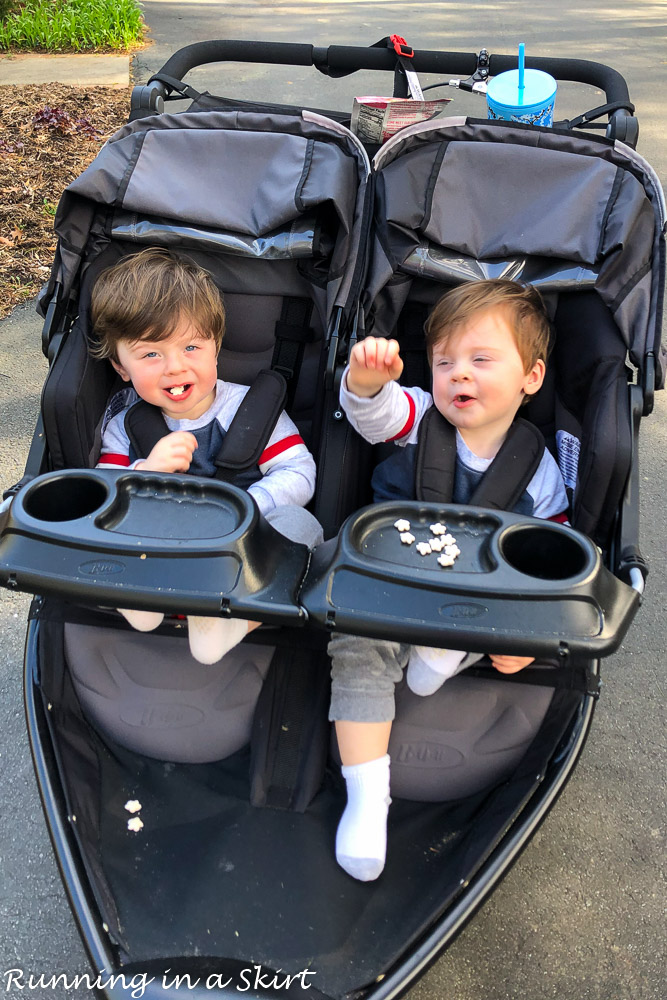 Our wagon is also really fun.  We normally take it out as a family after the Hubs is done working.  I call it the baby parade and we'll walk up and down our street waving to the neighbors (Who aren't anywhere actually near us 🙂 ) in their yards.

The adventure usually ends with Hunter pulling the wagon like this though. 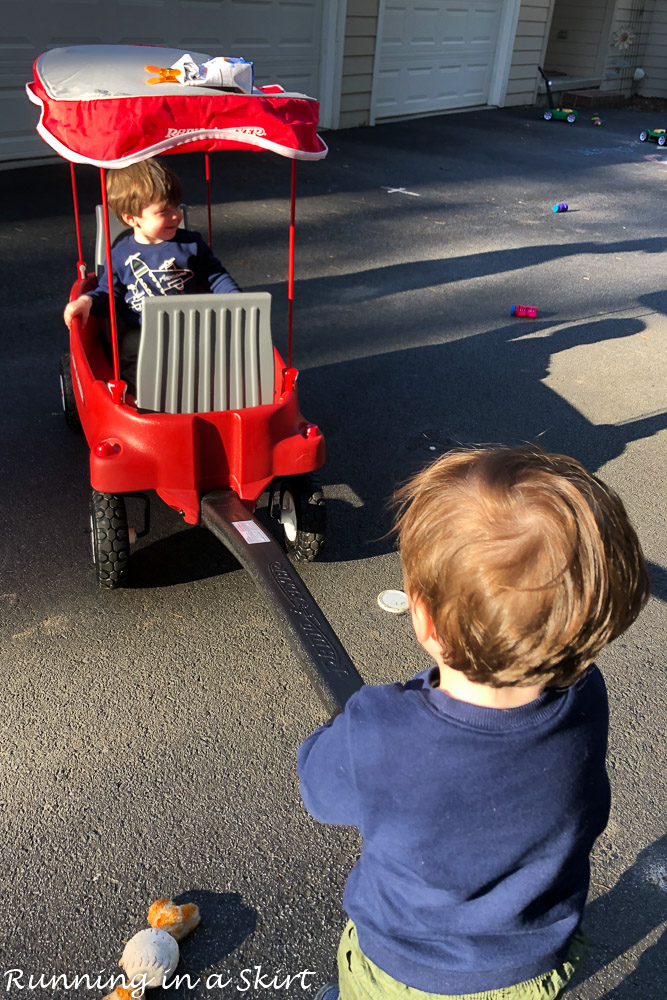 Once again the boys don't know what's going on and I'm so grateful for that.  They are at a super demanding age to be stuck at home BUT we are safe, healthy and all together.  I'm just praying we can stay that way.

It's been a hard week, but I know so many folks have it so much harder than us so I'm trying to keep my negative thoughts in check and stop myself from complaining.  I'm also giving myself some grace, just doing my best and making an effort to NOT plan ahead so I don't get disappointed.  Taking life one day at a time doesn't come naturally to me, but that's my motto right now.

I hope you are ok too.  I'm thinking about each of you and I hope you are able to find any silver linings in this big mess.   Stay healthy friends!

How have you coped this week?