Hi guys! It's been another doozy of a week as Hunter came down with Jackson's stomach bug.  He got it a lot worse than Jackson and we ended up with him puking all night one night and changing out everything in his crib three times.  Needless to say, the twins did not return to preschool this week.  Their class also had a C case last week while they were not there so now we're waiting on those results to see when everyone will go back.

As I'm writing this he is finally bouncing back some, but I've got to be honest it's been a while since I've been so tired and overwhelmed.  I've heard this stomach bug is going around, so my prayers go out to everyone else who got it or anything else that's going around.  I know a lot of folks are sick right now and I'm not the only one on the struggle bus right now.

So far the Hubs and I haven't got it, but I guess we'll see what happens this weekend as this bug does seem to take a few days to jump from person to person.

Here's a scene from most of the week.  There has been lots of laying around and playing.  Hunter has everyone's favorite garbage truck book and Jackson has Daddy's calculator. 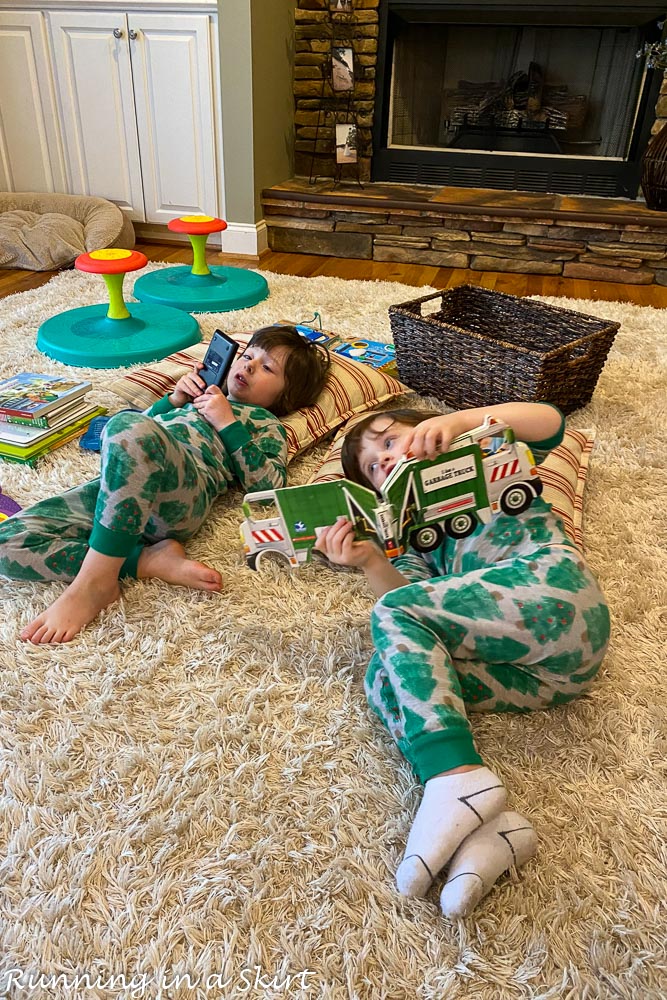 We have also spent a ton of time in the basement playing on the floor and we're all a little stir crazy. 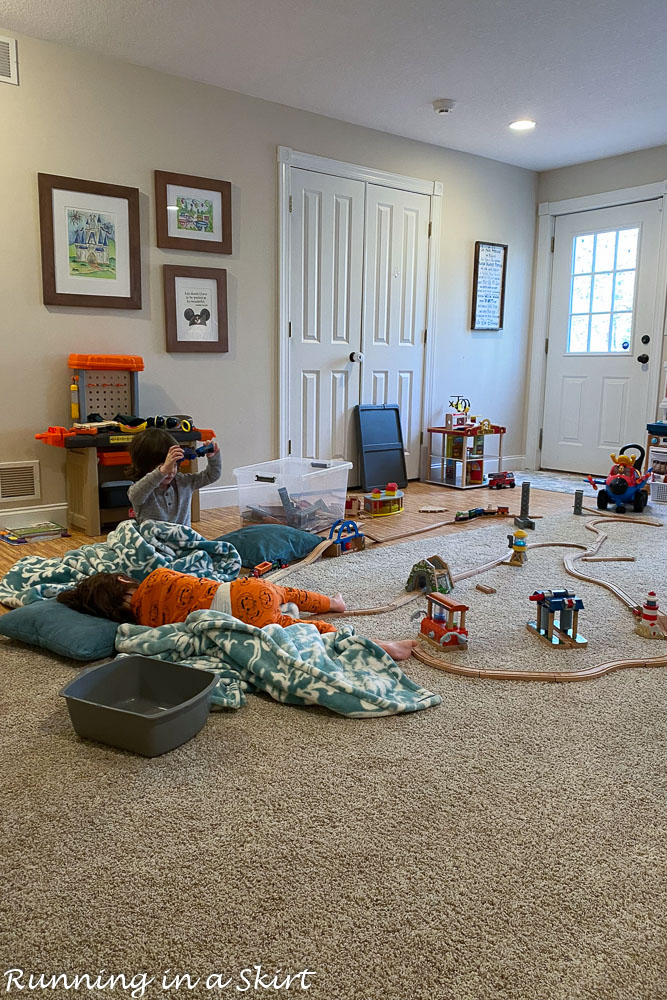 I've tried to keep them a little entertained and pulled back out some crafts and kinetic sand.  Anything to distract and pass some time. 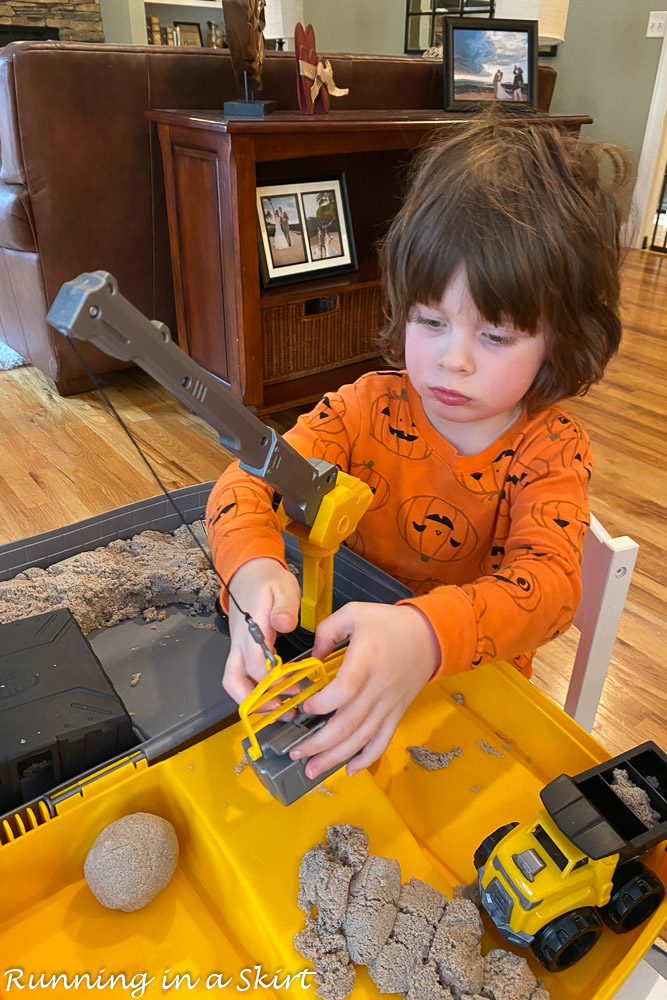 We actually had a couple of days last weekend where Jackson was pretty much better and it hadn't hit Hunter yet.  I was for some reason optimistic Hunter had escaped it, but I was wrong.

But since everyone was feeling a bit better over the weekend we did get outside a touch.  We even had a little more snow on Friday that they played in. 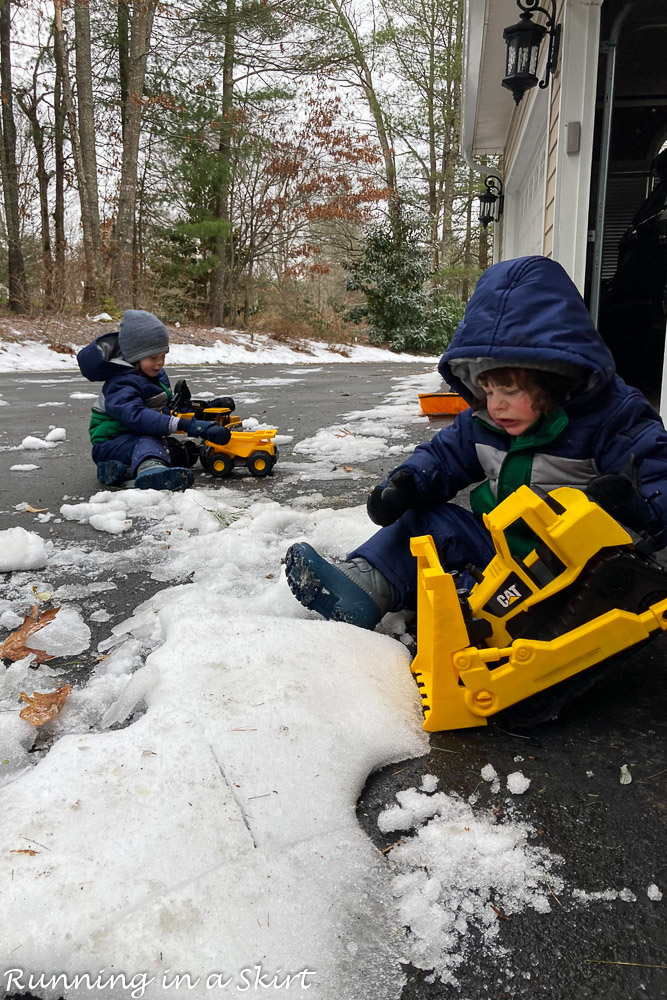 No one was feeling the cold though! 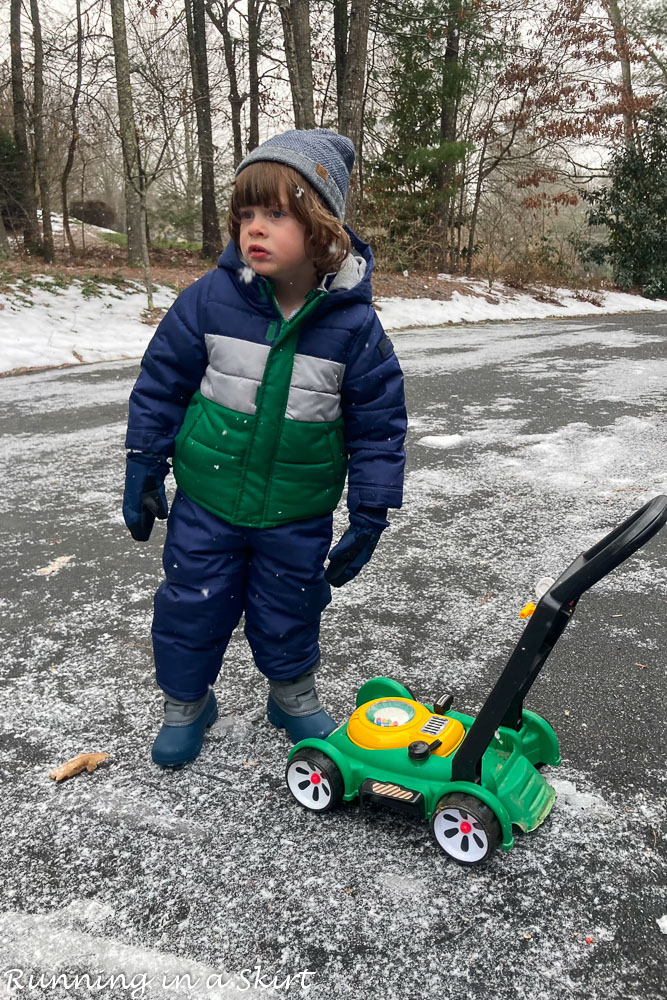 We ended up coming in pretty quickly but the fresh air helped a bit. 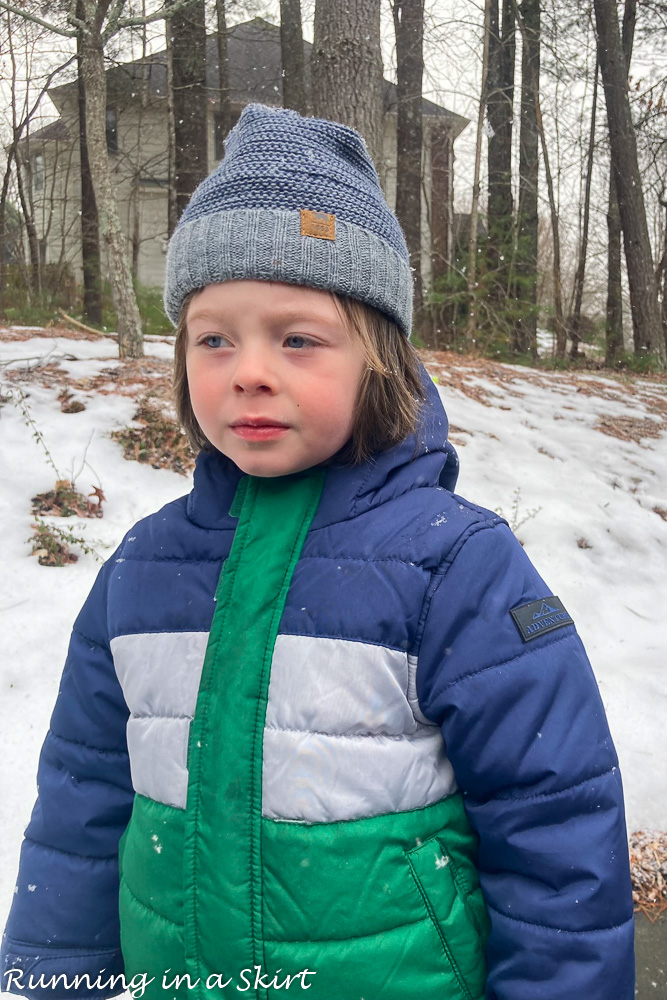 On Sunday we also got outside and played with all the things.  The boys have been loving the new scooters they got for their Christmas- Birthday. 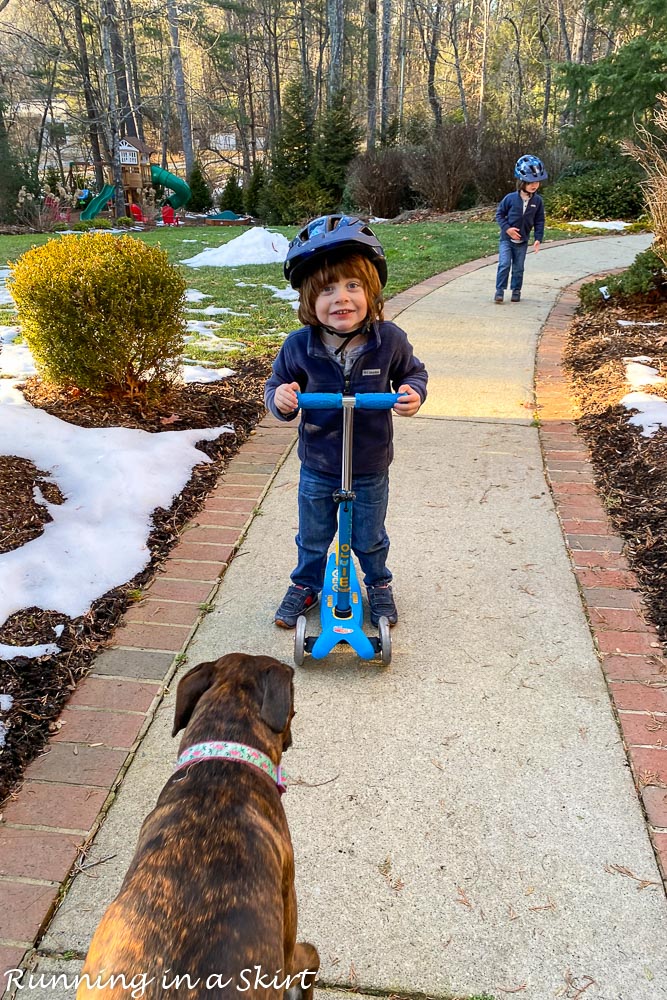 And of course, they love driving their tractors.  They are such little boys. 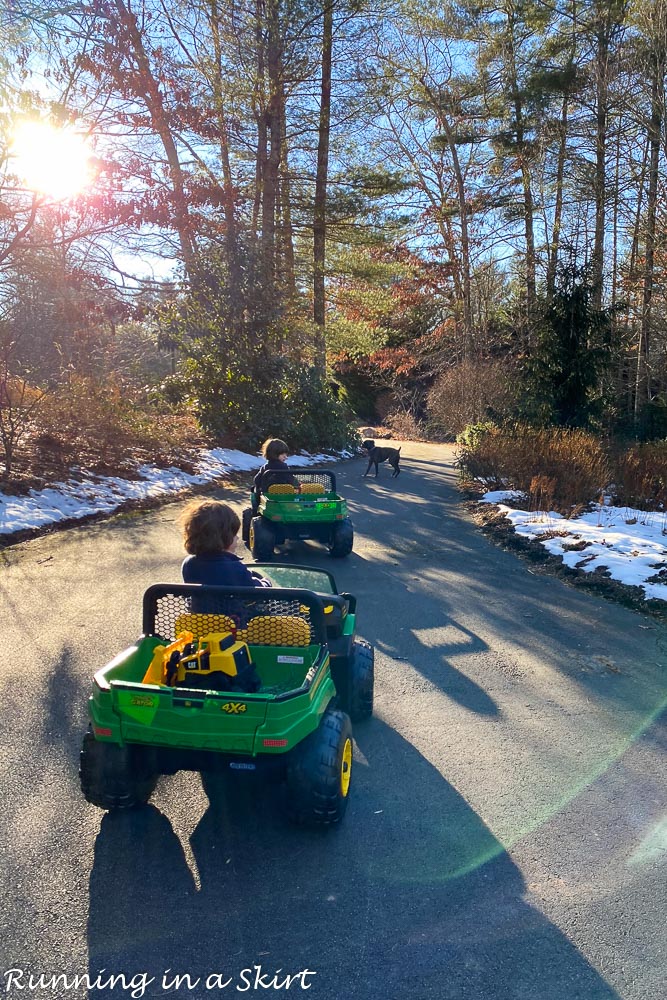 Thanks for all the well wishes last week and once again today.  I'm once again hoping for a return to normal next week, but I guess we'll see what happens.