It's been a busy week!  The highlight was my brother's baby shower in Charlotte last Saturday.  It was such a lovely event I decided it needed its own post which went live Wednesday.

Today I'm sharing some of the other weekly highlights which included my Dad coming to visit.  After visiting my brother in Charlotte for the shower he decided to come up to Asheville to see us too.  I'm pretty sure he just wanted to see these cuties! 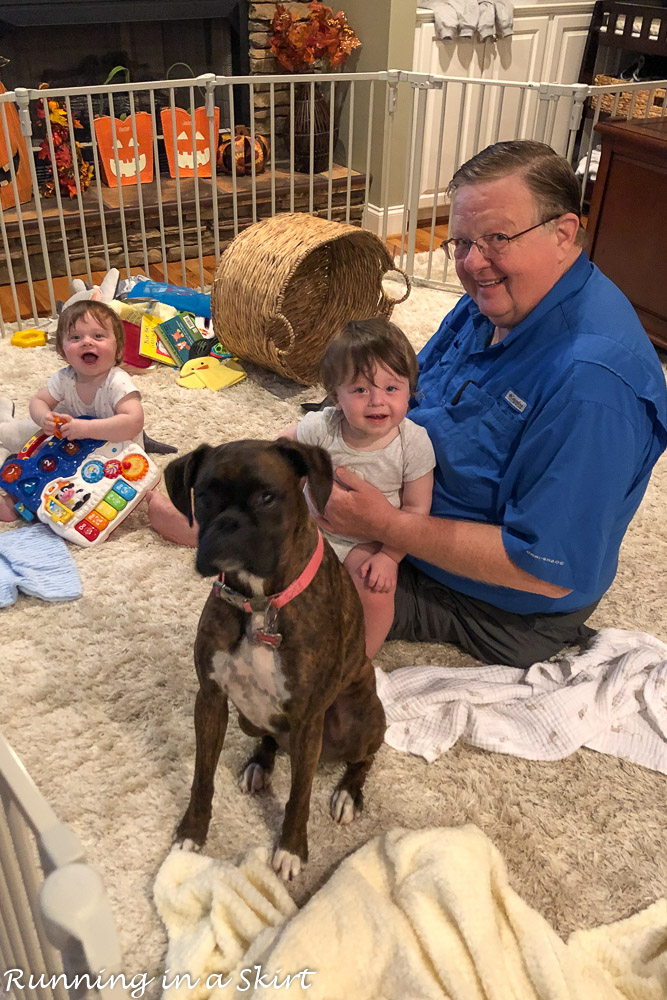 Dad got to come to Kindermusik with us this week which was a lot of fun. 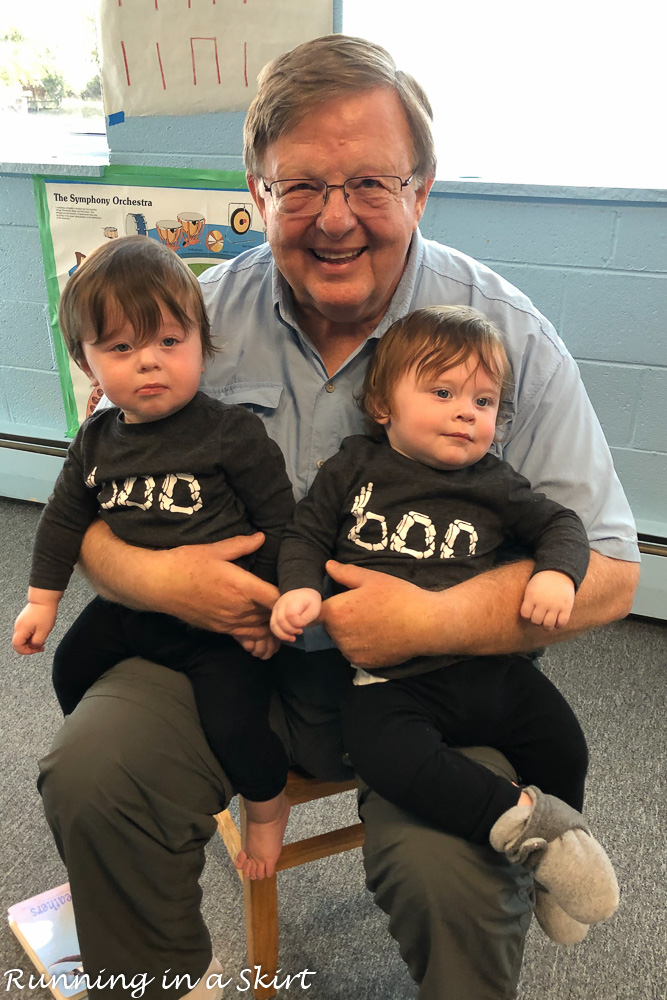 The babies ran around with smiles during the entire class but when I went to snap a photo they gave me their best model faces. 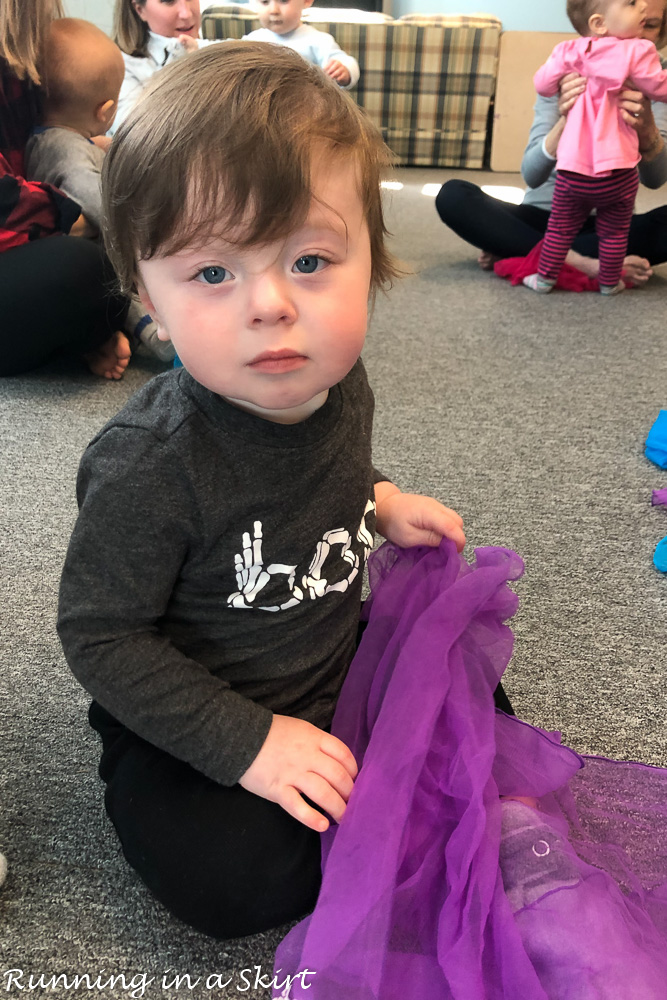 For some reason, these two photos cracked me up! 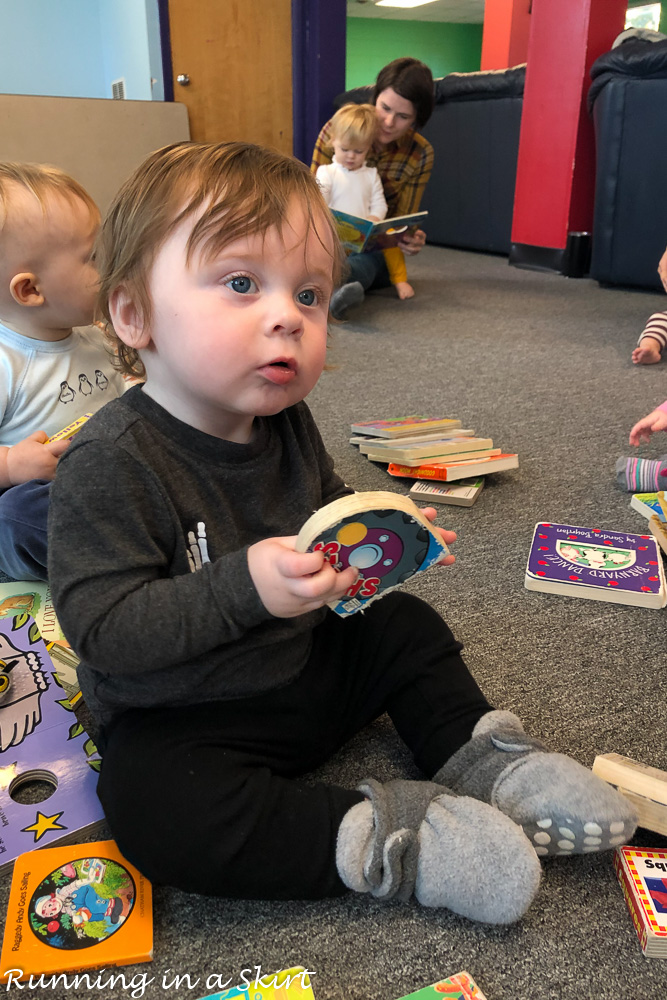 We've had a lot more luck getting the babies down in the evening lately (knock on wood!,) so Dad offered to watch the baby monitor for us while we went out to dinner.  We decided to stay close and get sushi and it was so good.

We used to get sushi every few weeks and I really missed it.  This was a Blue Fin Tuna Carpaccio. 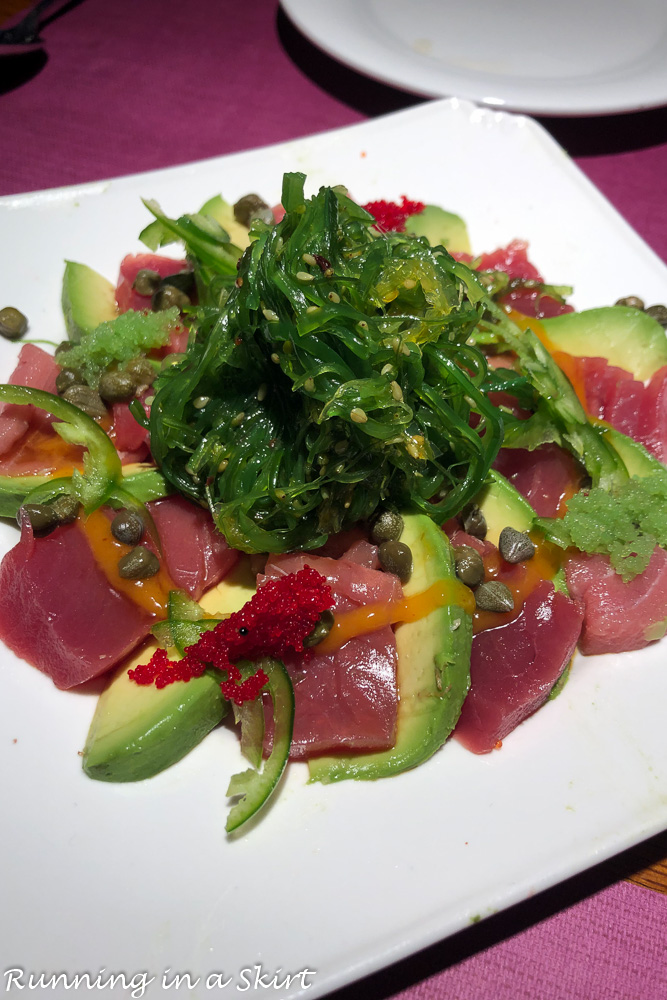 And this was their sashimi dinner which came with rice and miso soup.  We share both of those plus a roll and it was so tasty.  I see a lot more sushi in our future! 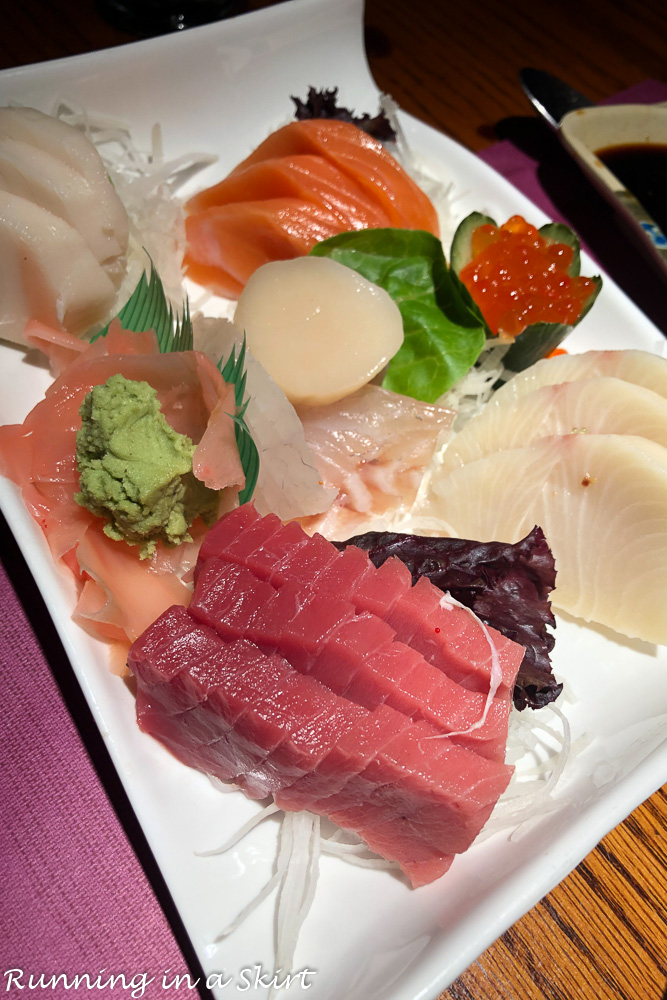 Another night my Dad was here we cooked him his favorite meal we make... which is smoked scallops.  The Hubs smokes them on his grill and then quickly sears them inside.  We also used to make these all the time but I don't think we had done it since the babies came.

This batch turned out so tasty! 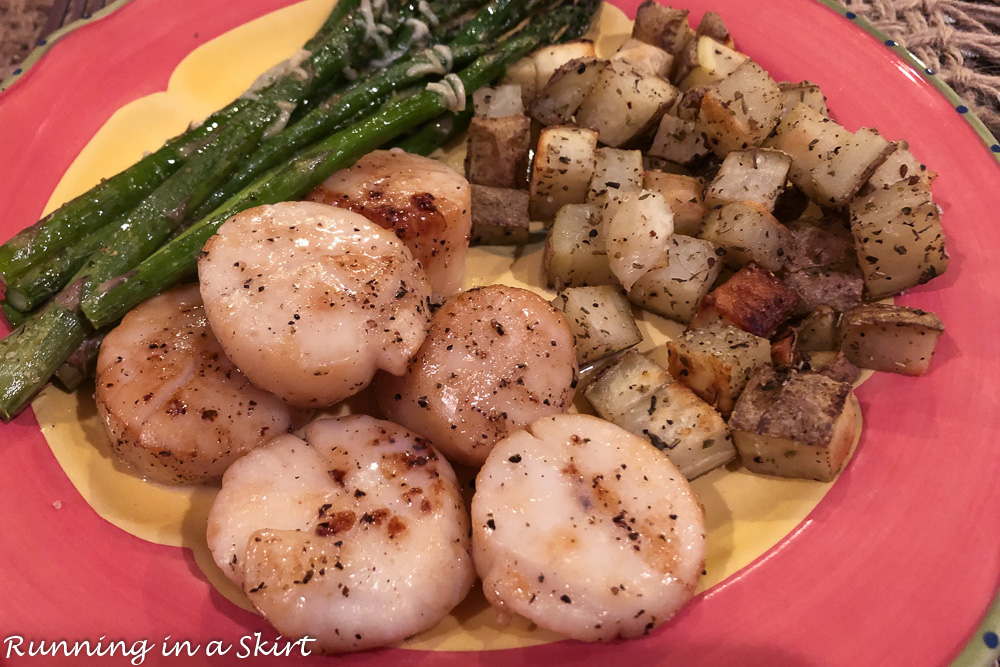 Other highlights this week include taking the babies out for brunch. 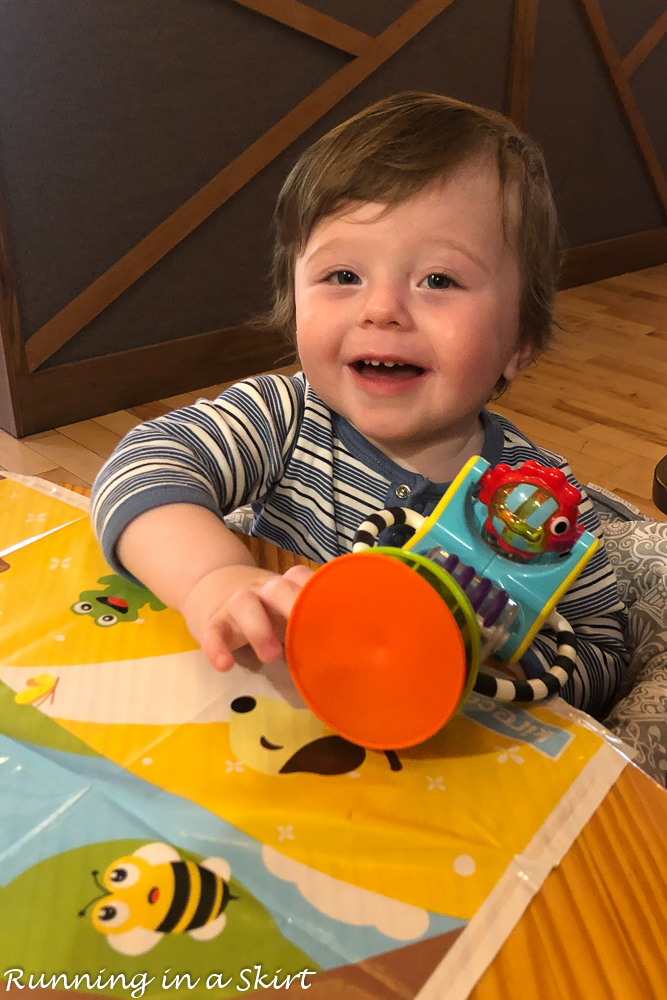 We've been trying to get them out once a week so they are used to it.  They love these spinning toys and I save them just for going out so they feel special to them. 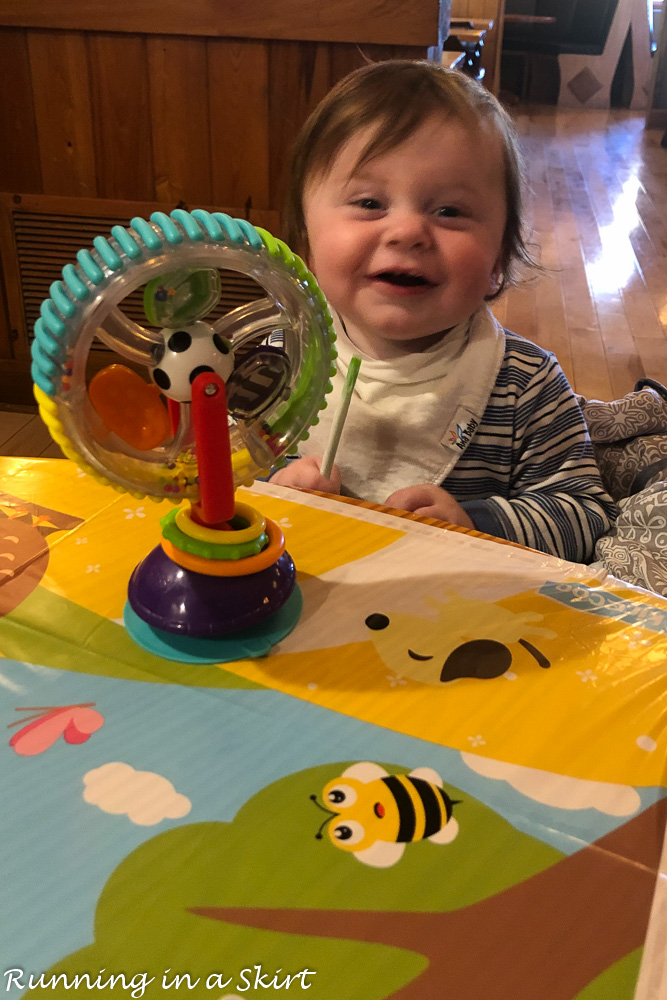 The Hubs and I also got a date night downtown Friday night!  Our nanny often works a few hours Saturday afternoon for us to have a day date but she couldn't to that this week and offered to help us Friday night.  We hadn't been going out at all in the evenings because we'd had some bad luck leaving the babies around bedtime earlier in the year.  The babies are going down easier now and it turned out to be no trouble at all to sneak out after they went to bed.

It had been at least a year since we'd been to dinner downtown in the evening! 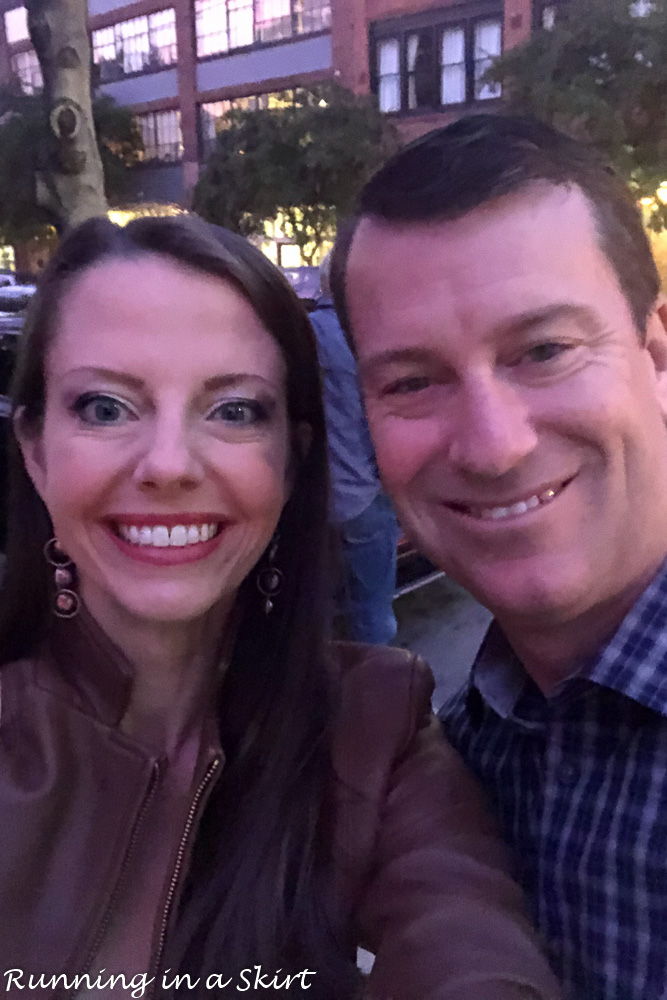 We ended up going to the new bar in the BB&T building and then to Bouchon.  This drink had a rosemary cloud on top! 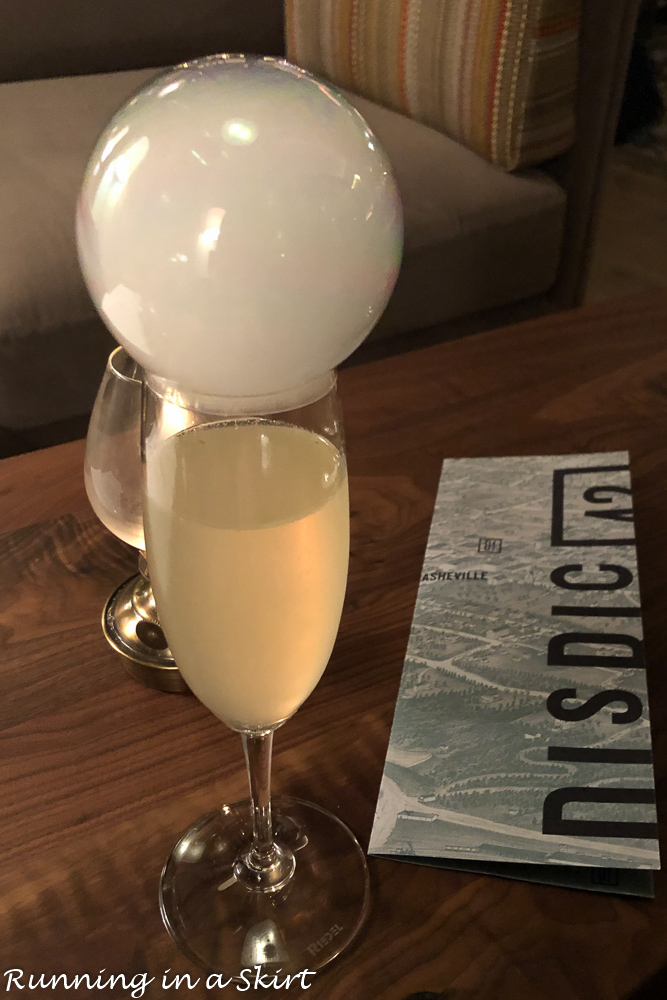 We felt so spoiled going out to a nice dinner at a normal time twice in one week!  It's funny how something that used to be so routine is now so special. 🙂

That's it for this week! I hope you had a great week too!