My Mushroom Gallette recipe looks pretty fancy, but today I’m sharing a shortcut that will have this French inspired meal on your table in no time!

Have you ever heard of a gallette before?  It’s a French-style free-form tart that can be made with a savory or sweet filling.  Now I’m sure if you were to make a gallette recipe from scratch from a tried and true French version, you’d probably be in the kitchen for hours.

My version takes less - only 10 minutes of hands-on time, making my Shortcut Mushroom Gallette a yummy and unique mid-week meal! 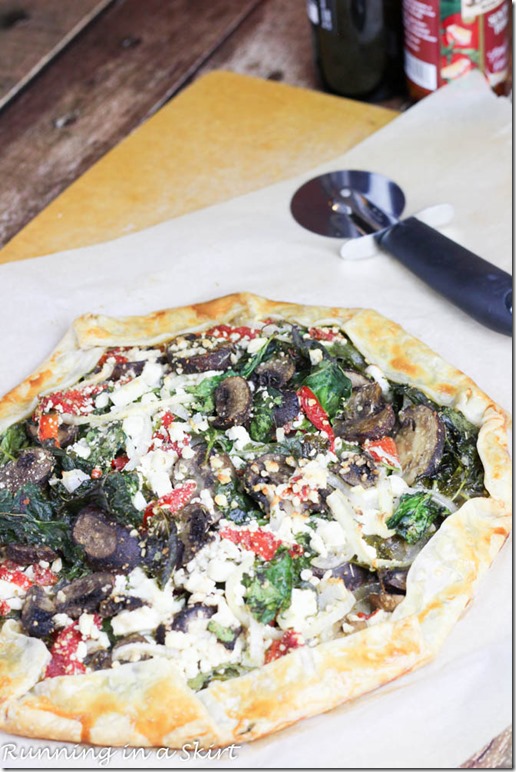 This version is so yummy because it is packed with all sorts of good for you - veggies including mushrooms, baby kale, onions, and roasted red peppers.

Because everything is bet-a with feta. 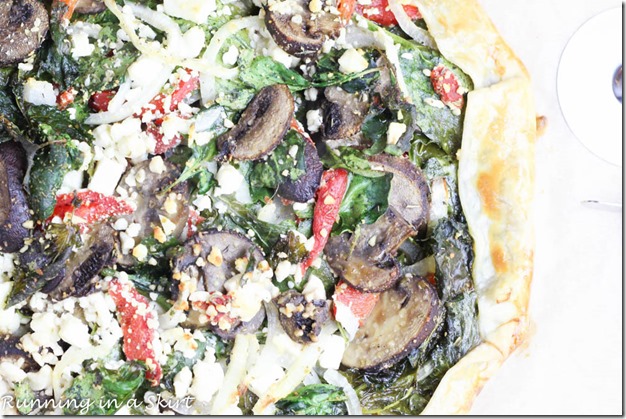 The shortcut comes from a store-bought pie crust.  To make my Mushroom Gallette, you roll out a room temperature pie crust to a 15 inch circle. 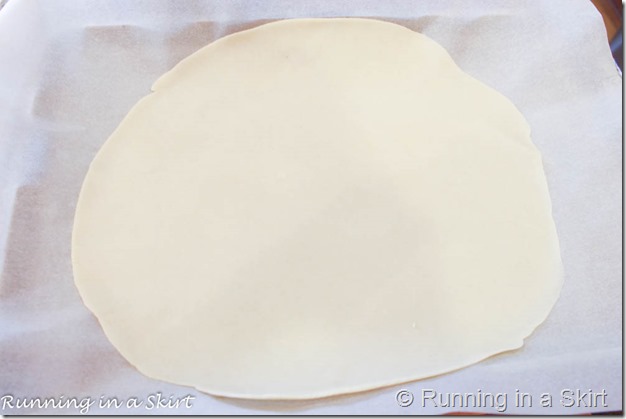 You then pile high olive oil and herb-coated veggies. 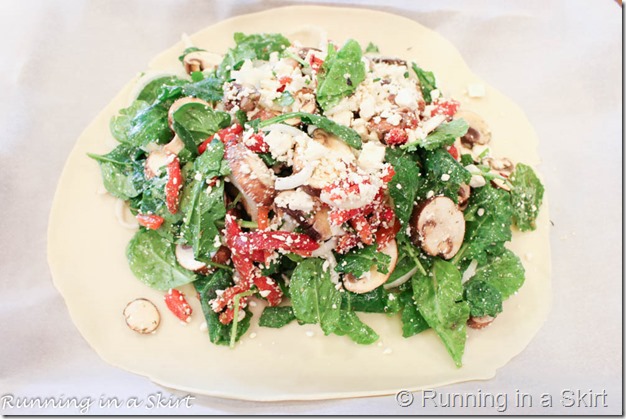 The final step is to fold the corners over and brush just the crust with a simple egg wash. 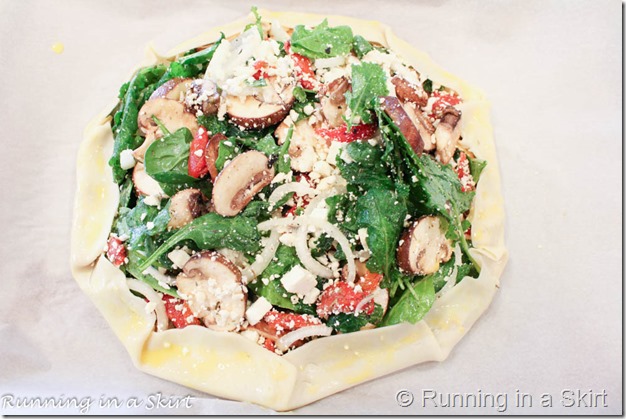 All the veggies bake down flat into a perfectly delicious gallette! 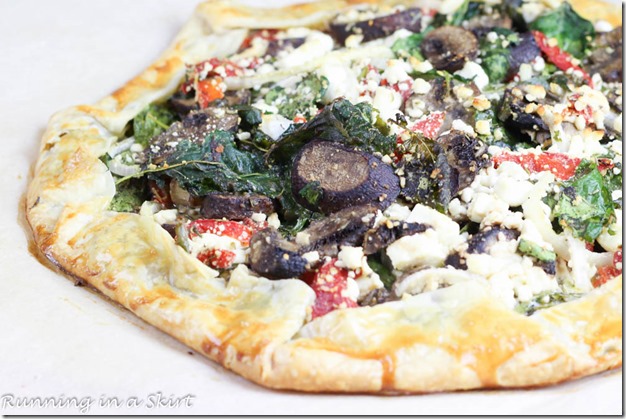 It’s kind of like a pizza, but the flaky pie crust has a very different texture and taste. 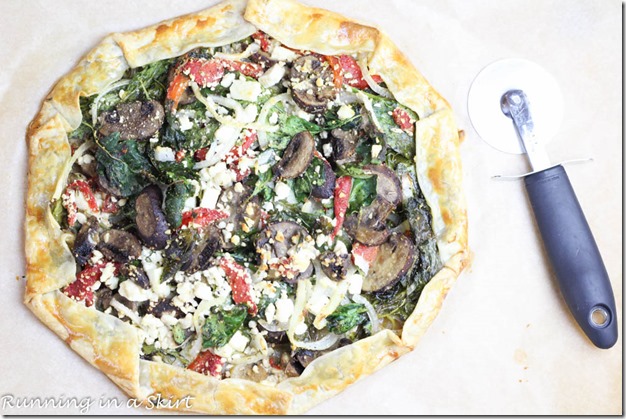 My shortcut mushroom gallette is the perfect way to mix it up at the dinner table without all the fuss! 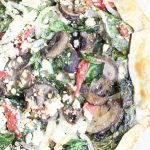 The pile of veggies will look really big, but it will cook down! Just try to evenly distribute it across the shell so it is not all in the middle. Don't forget to cover with foil once the crust gets brown.

Have a great day friends!

Tomorrow I'm sharing some tips to drink more water!  It's one of my biggest healthy habits.

Have you ever made a gallette?

What are your kitchen shortcuts?