The Chicago Marathon is less than a month away!  I ran 13 miles this past weekend and have 20 to run this weekend.  With all this training, I literally have marathon on the brain.  At this point, I’m not eating-- I’m “fueling.”  I’m not drinking water-- I’m “hydrating.”  And I don’t consider sitting down being lazy-- it’s “recovery” time.  Needless to say, I am so excited and so nervous!

With marathon on the brain, I’ve decided to reach out to some of my friends who have run a marathon in the past.  I’ve asked them to either share some tips on running a marathon or tell us about their race.   I’m going to share the stories on the four Mondays leading up to the Chicago Marathon… and thus “Marathon Monday” (duh, duh, duh) is born! 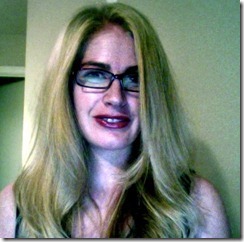 Beth and I have known each other forever!   Her older sister, Sarah, and I have been best buds since grade school.  So, we all literally grew up together.  Her family and mine are more like extended family and our parents still have dinner back in Orlando most Friday nights.

Beth has been a runner since high school.  She ran the Chicago Marathon in  2006, back when I couldn't even fathom running a mile.  At that time, I would have laughed at you if you told me I would be doing the same race 6 years later!

She is still an awesome runner and athlete who lives a wonderful, healthy life in Washington, DC.  She has offered me great advice and guidance from the moment I bought my first running shoes.  And keeping with that theme she is offering some more awesome advice for a first time marathoner.  Check it out!

The Chicago Marathon was one of the highlights of my life. I had trained and after some hiccups, I felt ready. So, when Julie asked me for some thoughts on my race, I thought I'd offer the following tips.

#5: Go out slow. Unless you're going for a world record and you've gotta maintain a sub-5min pace, go out slow. Especially for a first timer, marathons are the biggest race of your life in distance and magnitude. The Chicago Marathon has over 1million spectators on average each year. You'll have kids, adults, seniors, and babies all out cheering you on. This will give you a huge adrenaline hit at the starting line. Bank it. You'll need this later. For my first 3 miles, I had to fight my legs--they wanted to zoom, but a marathon is not a 5k.

#4: The Wall. When running a marathon, runners often divide the race into easily processible distances. Like 4-4-4-4-2.2 or 10k-10k-10k-10k-3k or something like that. When I was training, I got hit by the lovely PF, so my training's longest run was 18 miles. And, a marathon, slightly more than that. So, when I got to mile 20, I was like "how am I still going" - but I was. In 2006, the Chicago Marathon was sponsored by Cliff Bar. So, at mile 20, they gave out those GU's and let racers pass by a physical wall. Talk about mental/physical connection! So, as you pass the "wall", you're motivated to keep going. I'm reminded of someone's sign at the race "It's all mental." And, a lot of it is! You've done the work on the pavement or trails, now its just time to let go and run!

#3: High Fives. There will be a point in the race when you will lose some steam and as you pass the crowd, this is the time for a High Five. The smiling spectator, the energetic kid with mini snickers, the sports fan holding your school's sign (yes, I did see someone in Chicago with a Florida Gators sign! Go Gators!). So, whether its mile 20/the wall or mile 10, this is the time to use the crowd, so make sure to hold off on high fives in the early miles.

Pre-Race: Pre-race nutrition is all about consistency. You don't want to put anything foreign or odd in your body. Eat what you train with. Hal Higdon (whose run over 80 marathons) talks  that when he was doing a race in Ireland, the fuel provided on the course was baked potatoes--which sounds odd, but in a cold race--might be nourishing. So, when training, he had potatoes. You need to stay with the familiar.  So, what did I eat before every training run - bagel and banana. So, what did I eat before the big marathon - bagel and banana.  Same goes for the night before. I ate broccoli, chicken, and pasta with a garlic and olive oil sauce. You want to have a good balance of carbs, protein, and veggies, but nothing too harsh on your system.

During Race: During the race, especially for first-timers, I felt more energized by having a small snack every 4-miles or at the hour mark. I also alternated water and gatorade during the race. My during race snacks-bagel divided into quarters, pb power bar, and/or haribo gummy bears (all good options). This is the time when simple sugars and carbs are A-OK. Some recent debate has come up with adding protein to boost performance while running, but again, its all about what you can tolerate and what you are accustomed to in training. If during the race, someone hands you a GU and you've never had one. Just politely tuck it in your belt and save it for later. If you're not used to GUs or bars or whatever they handout, just say no. Be prepared and make sure to bring your own snacks.

Post-Race: Also, what you eat right after the race, matters too. This meal should be balanced, easy on your system, and include protein.  My post race meal - Udon soup with chicken! It was a really cold race so warm noodle soup was perfect post-race!

On water and hydration, if your race is Saturday, the hydration game really begins Thursday. Drink enough water so that you're not thirsty. Thirst is actually the first sign of dehydration. But, beware not to over-drink. Always try to have some sort of salt or snack when hydrating to keep electrolytes in balance. And, 30-mins before the race-no more water. There will be water on the course or on your utility belt. And, 30-mins out is just going to mean an extra trip to the not-so-glamorous porta-potty.

#1: Enjoy. This is it! You've done the work, run the miles, and picked out your favorite running gear. Even though the race will have its difficult moments, its an achievement! Enjoy!