Hello! Hello!  Hope y'all had a wonderful week.

Mine was happily busy with lots of baby time and just enough adult time to make me feel like me.  The Hubs and I  had a date afternoon Saturday to Saint Paul Mountain Vineyards.  After a crazy hot week, the weather was just warm enough and the skies were gorgeous. 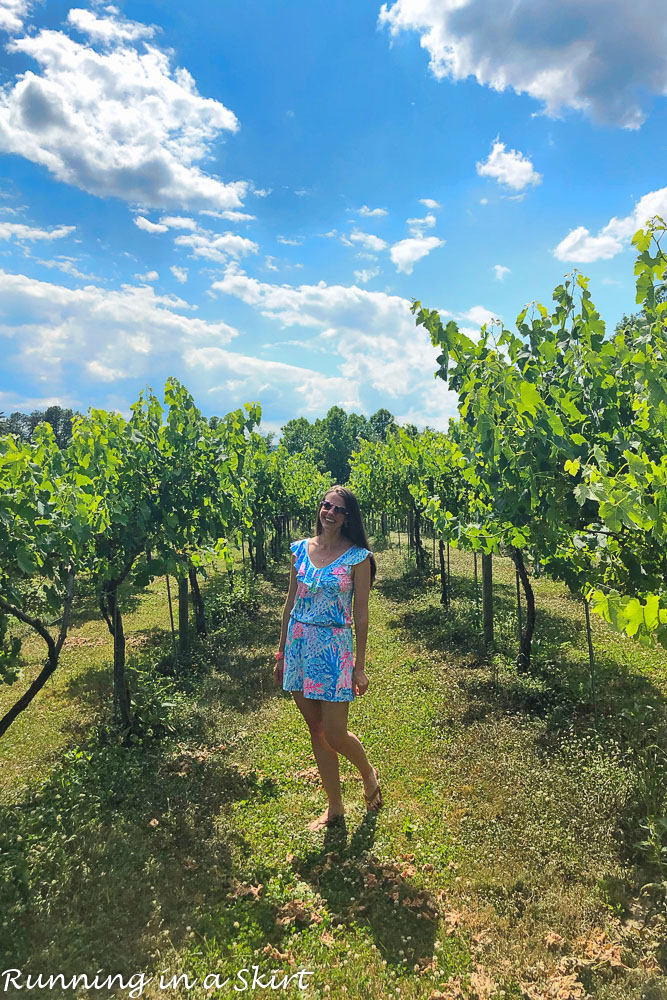 I did the wine tasting since we hadn't visited the winery in almost two years since I was pregnant last summer.  I really enjoyed it and they have some lovely wines.  We also got a cheese board to nibble on. 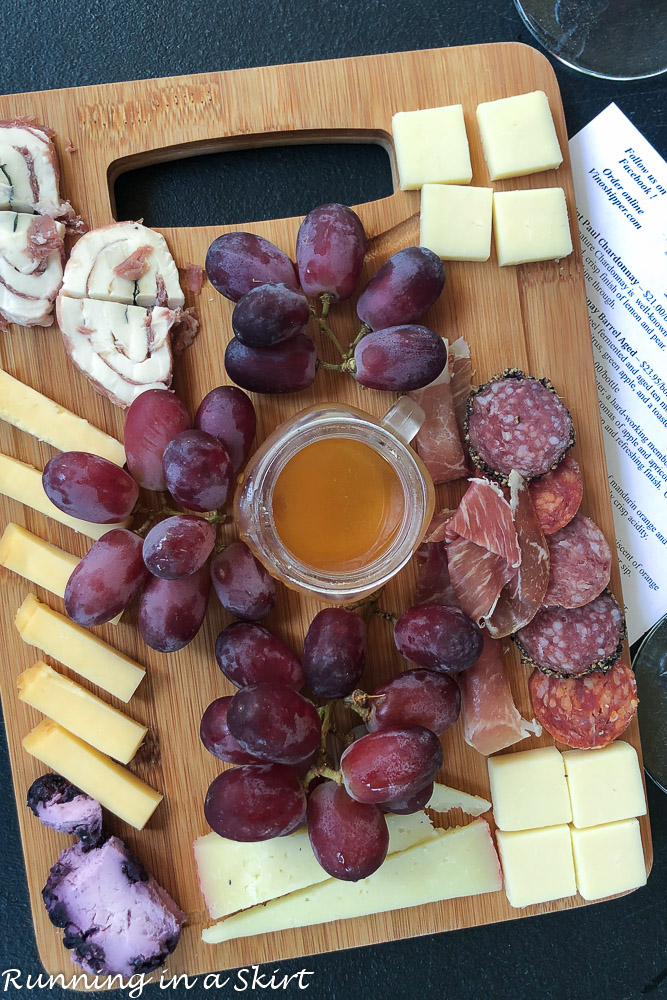 For an early dinner, we stopped at Surf and Brew and got our favorite chargrilled oysters.  These are my FAVORITE. 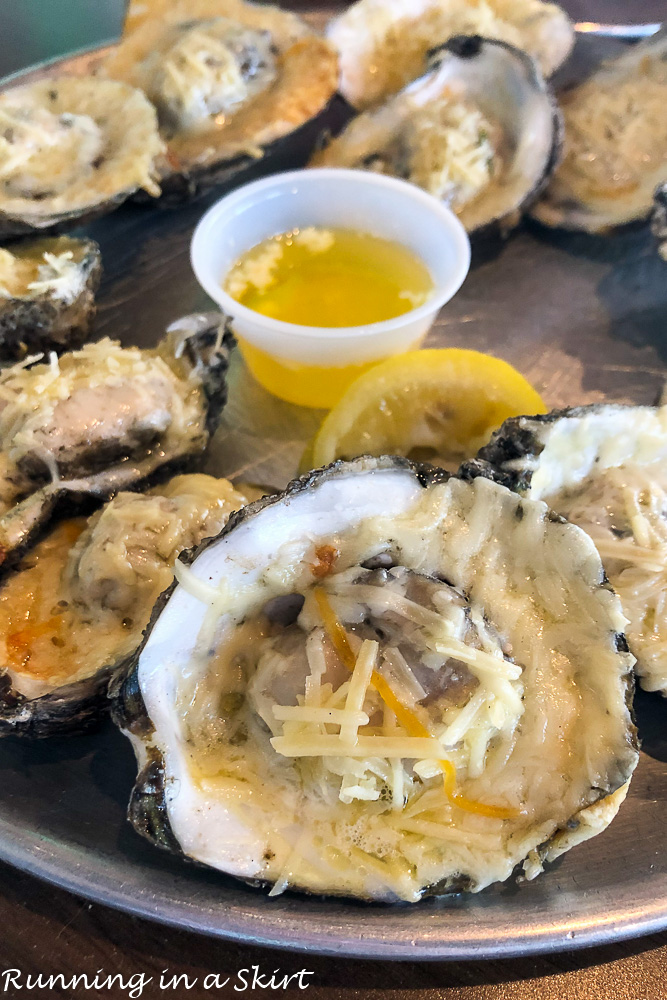 The low point of the week was on Sunday I ended up at the emergency vet with Makena.  This is totally TMI and gross (sorry!) but she was having terrible episodes of bloody diarrhea.  I was up two nights with her over it and she made a big mess in the house.   I called the vet and they said it could be a sign of something serious and to bring her in.

They ran some bloodwork and everything looked fine so they gave me some medicine to calm her stomach and keep her from messing in the house. 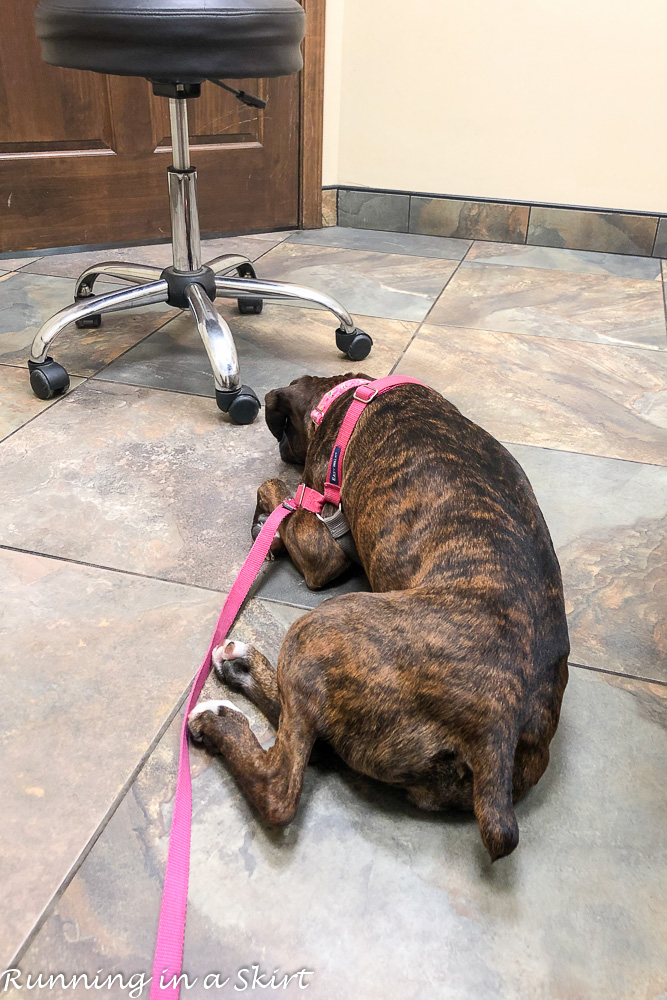 She was pretty low energy for a few days, but it now back to her old antics.

On a related note, a few of you have asked me about how she is with the babies so I wanted to share that she is wonderful.  She is very high energy but is so good around the babies.  She sits with us and lets the twins come up to her and pet her without her doing anything at all.  Hunter is obsessed with her and she makes him laugh all the time.  She even seems to know exactly where they are in the room to step around them at all times.  I could not ask for a dog who is better with babies. 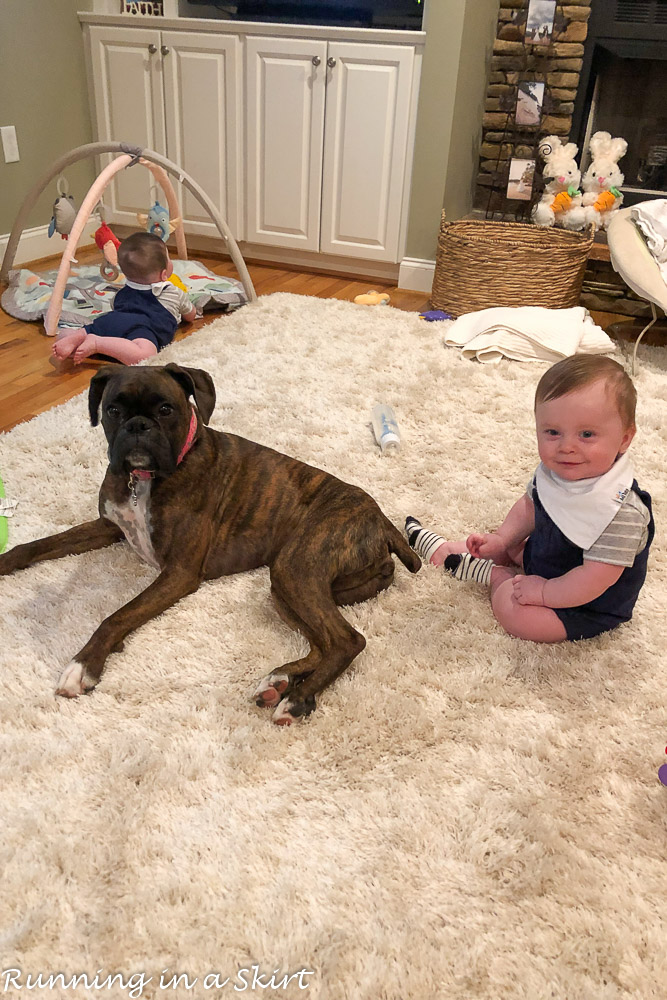 After Makena started feeling better Sunday we also took a family trip to the park.  The Hubs helped me shoot some photos for a blog post about running after pregnancy.  I'll have that one for y'all next Wednesday.  We went later in the afternoon when the boys are normally fussy and they did SO good.  It gives me hope that we'll be able to take them out in the afternoon at some point in the future. 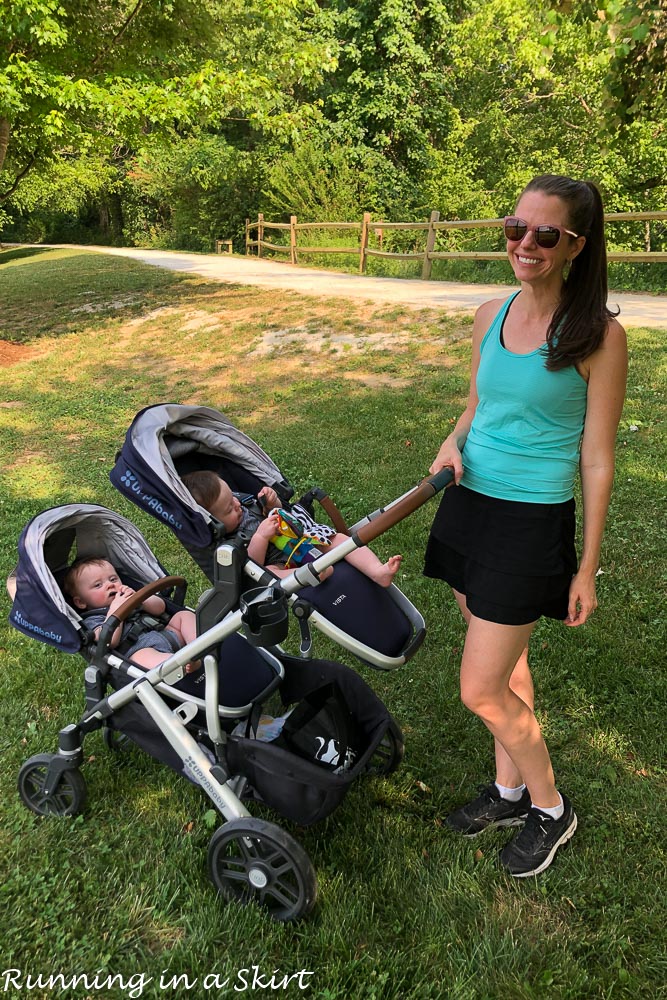 The week was filled with all sorts of adorable baby time.  Hunter is now crawling with ease and moving to and from the seated position.  He hardly spends any time on his back anymore.  He was SUCH a ham this week. 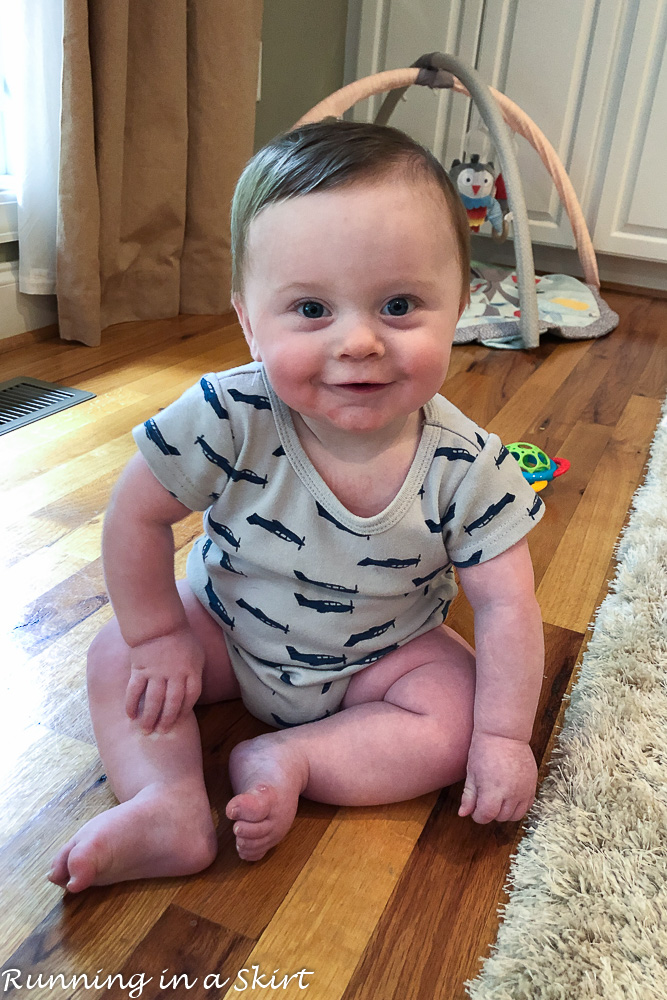 One morning I went into the nursery to get him for the day and found him like this playing with the mobile.  Guess it's time to lower the crib???  He thought it was hilarious.  (Sorry for the grainy photo... it was dark in the room but it was too funny not to share.) 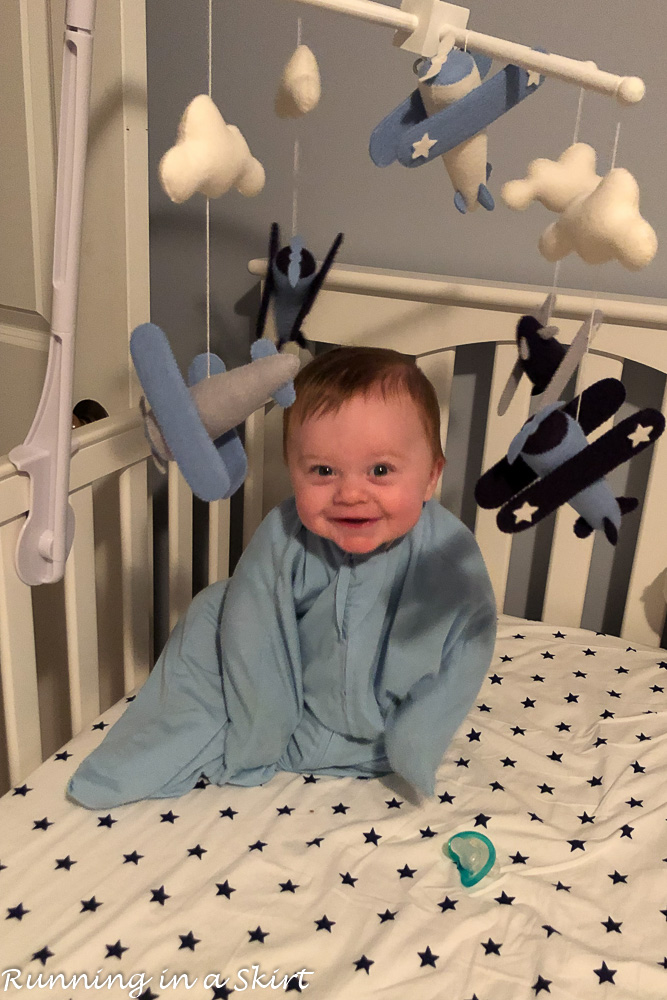 Jackson also had a great week.  He is also officially crawling, although it's more of an army-belly crawl.  I think the only reason he is crawling is because he got jealous of Hunter being able to go and get toys.  He kept watching him and looking kind of sad.  One day he just decided to go for it and slowly started pushing himself forward.  I really do think the boys are going to push each other to hit those milestones. 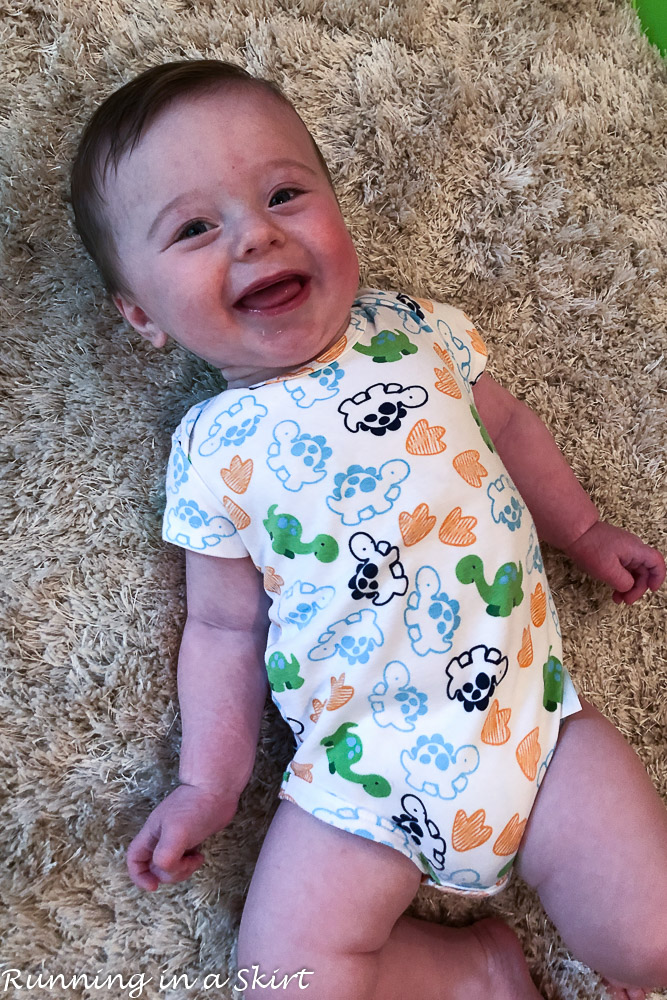 We're still working on sitting with Jackson.  He's also been such a sweet and happy baby most of the week. 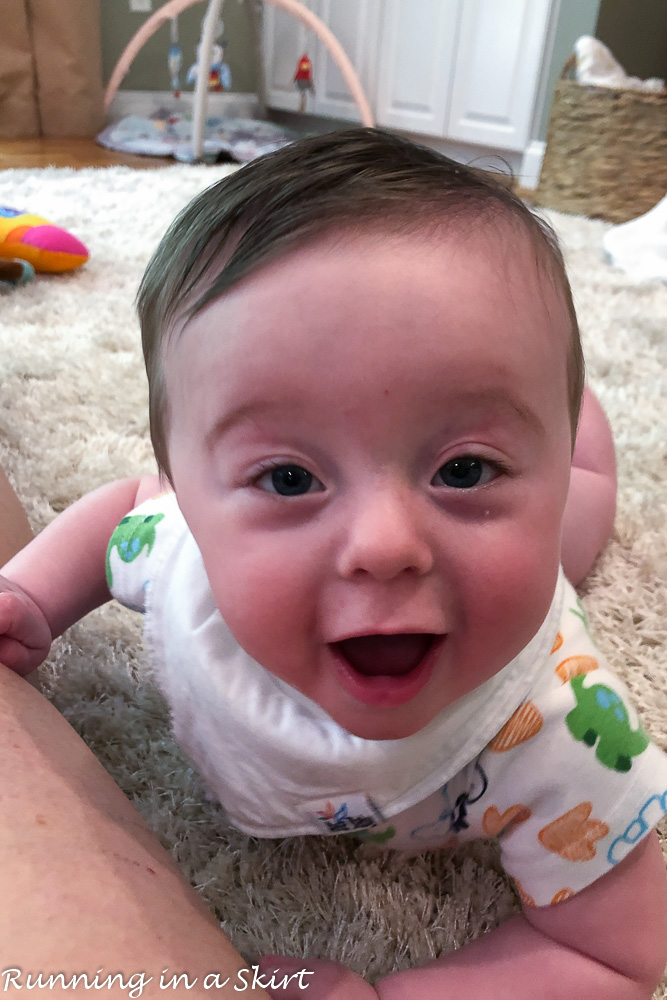 We also worked our way through a few more foods this week.  We tried eggs, mango, and yogurt.  We fed them pieces of eggs and Hunter seemed to completely understand that he was supposed to grab them and put them in his mouth while Jackson kept opening his mouth looking for a puree.  I'm finding the entire transitioning to solid food process very confusing and overwhelming.  If someone wants to make me a flow chart of what to feed them when and how often, I'm all ears... lol!

I don't want them to be picky eaters so I want to expose them to as many foods as possible, but I feel like that is hard to do if I'm only supposed to give them something new every 3 days.

They do look adorable eating though!  This is sweet potatoes, which they love.  I couldn't get a picture of both of them smiling at the same time, so I'll just overshare with two.  Here's Hunter's grin... 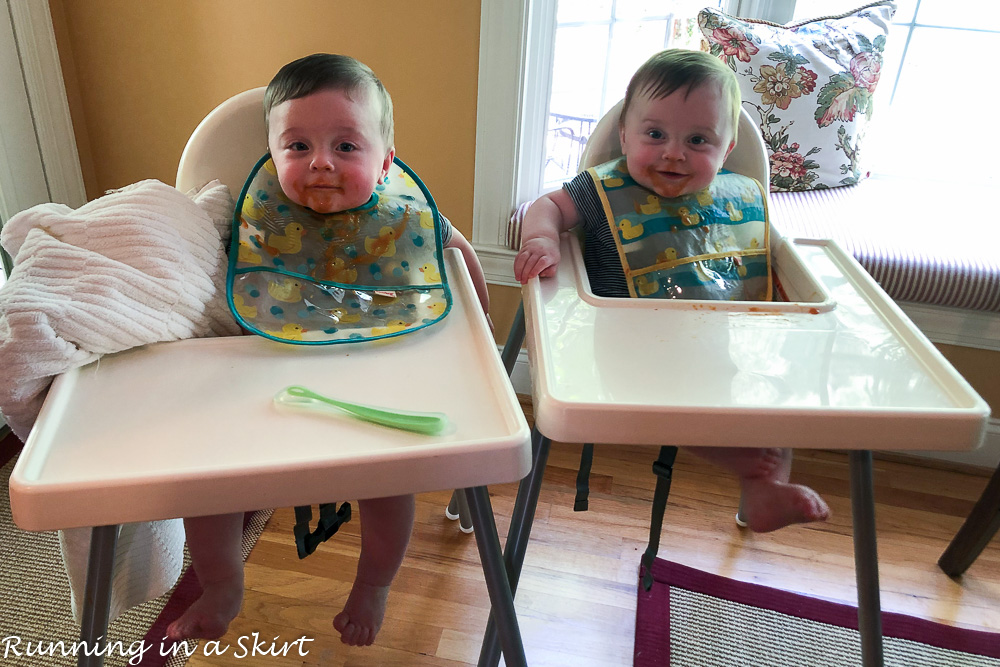 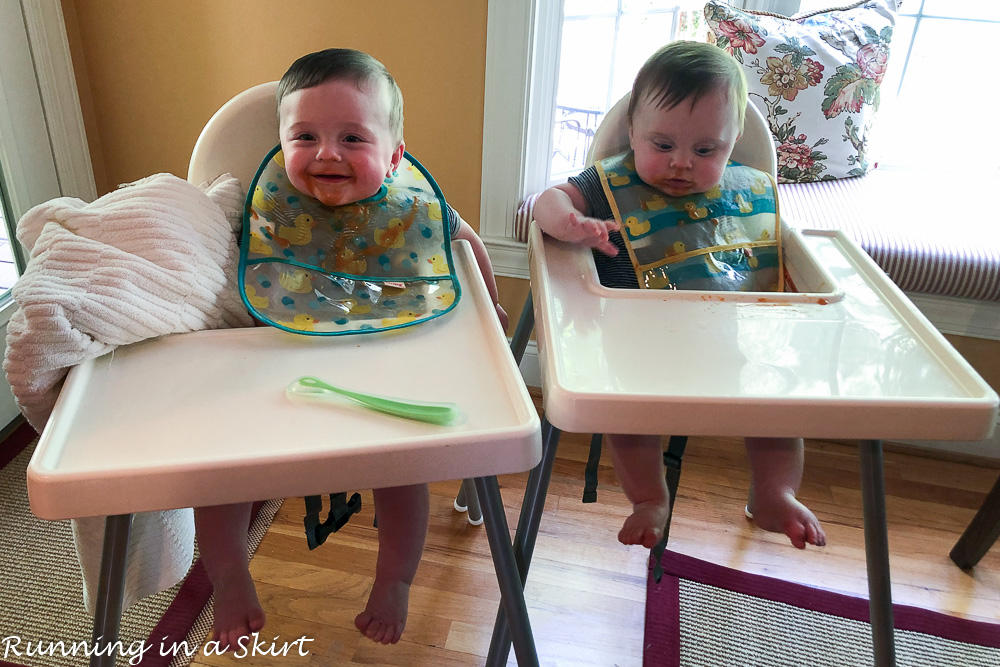 The highlight of the week was our first day of Kindermusik!  I was SO nervous about how I'd manage with two babies but my friend Emily (who's in the class with her son) and the teacher jumped in to help me when necessary.  Both boys did great and I think it's going to be good for them to be around other people and babies. 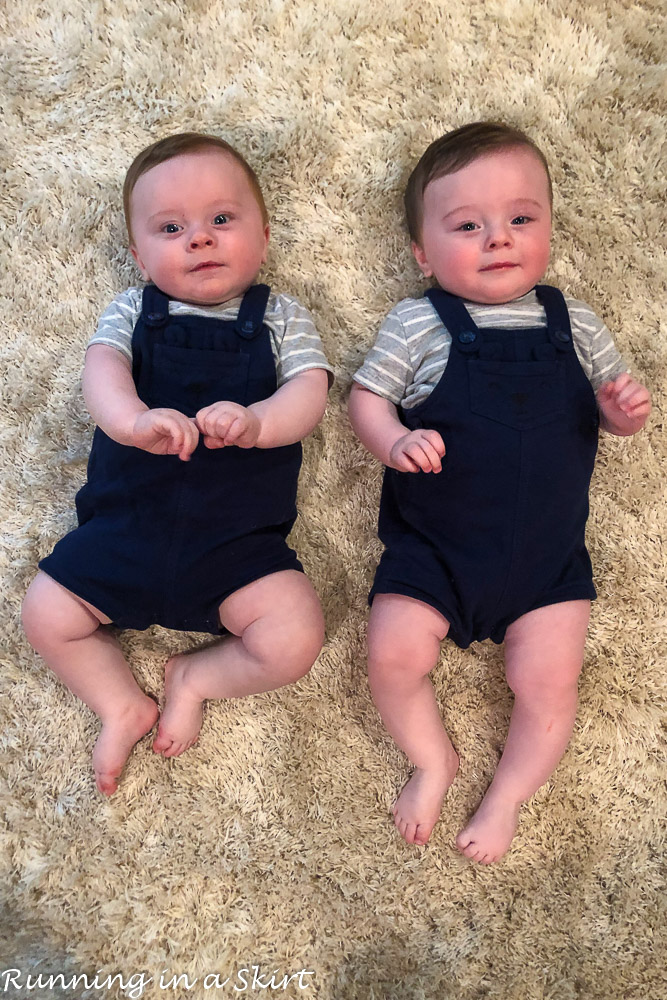 On Thursday I got to meet the Hubs for lunch and we ate at Chai Pani, which is always one of our favorites. 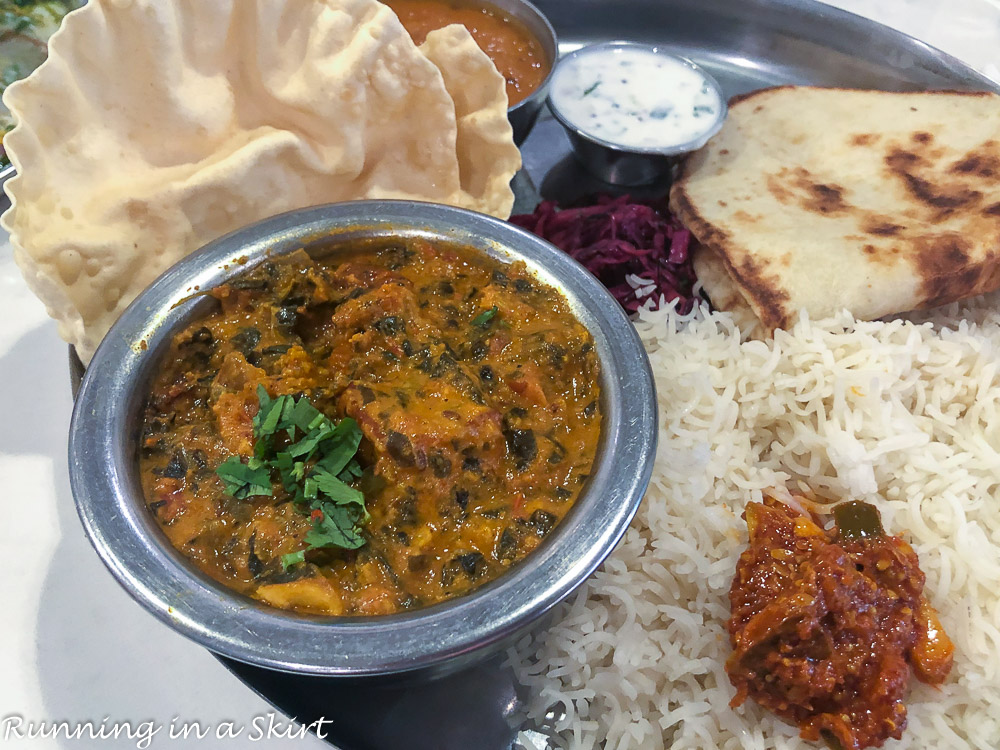 It looks like this weekend is supposed to be a washout with rain, so I'm not sure what we're going to do... but I'm going to try to make the most of it!  I hope you do too.

Make sure to come back next week.  On Monday I'm sharing a post about how to have the perfect staycation and on Wednesday I'll have the post about how I got back into running after my pregnancy!  See ya on the flip side :-).